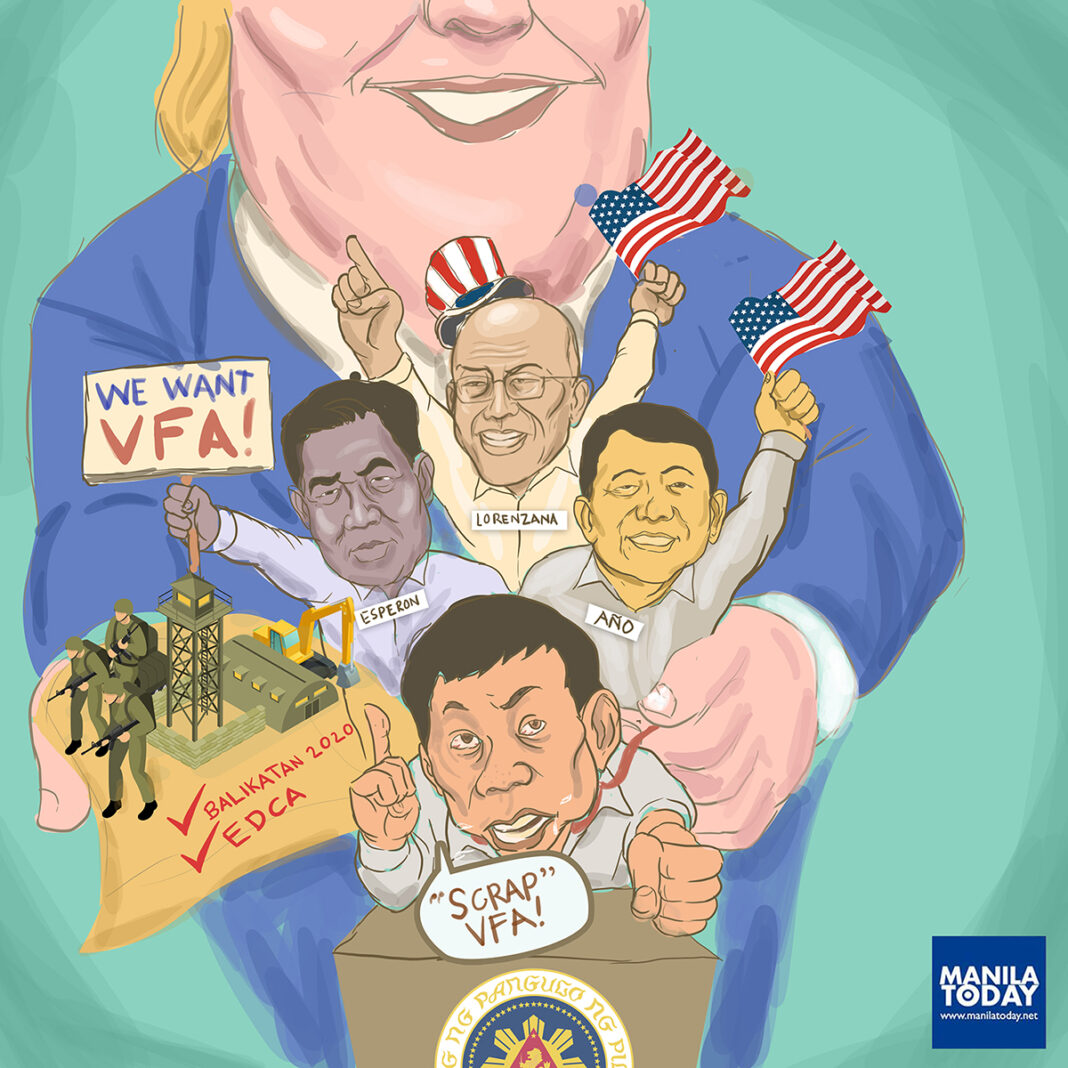 There are 180 days after Feb 11 before the Ph notice to terminate VFA takes effect – and it remains to be seen if Duterte will stick to it and to his new pronouncement via spokesperson Panelo that all US treaties must go if he is to be consistent. AFP Chief Felimon Santos is hopeful that military exercises and at least half of the planned 318 activities, including a major exercise in May, will push through. Meanwhile, US soldiers operating in the Philippines outside VFA – like the Operation Pacific Eagle in Mindanao – continues. Balance Piston 20-01 military exercises in Palawan between the AFP and US military also continues. Former top military officials now key cabinet officials in the Duterte government DILG Sec Año, DND Sec Lorenzana and National Security Adviser Esperon lamented VFA termination. Senator Lacson today wanted to find out what the Supreme Court will say about VFA termination without Senate concurrence – yet not much racket was raised when Duterte unilaterally declared to withdraw from the International Criminal Court last year, a similar move with the VFA termination invoking president’s powers/mandate.