Home CULTURE From #MeToo to #FightBack: review of ‘Bombshell’ 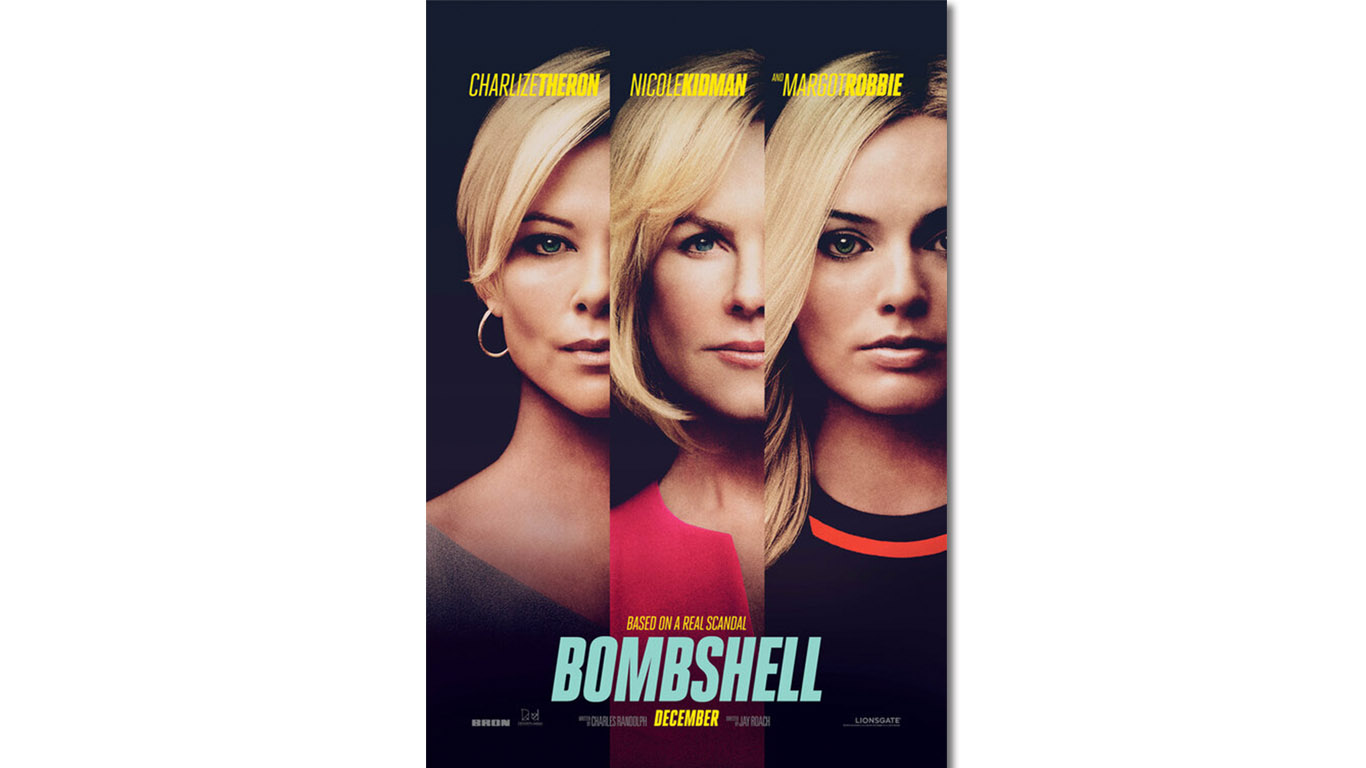 There is great atmosphere in watching and discussing Bombshell today. Harvey Weinstein just got convicted for rape. Taylor’s Swift ‘The Man’ video on gender discrimination or double standards in the workplace and sexism and misogyny just came out. It is a week away from International Women’s Day.

Bombshell is a film directed by Jay Roach with a story based on the accounts of women at Fox News who exposed former CEO Roger Ailes for sexual harassment. Ailes’ habit is an open-secret in the office or among his inner circle (but not his wife, as suggested by the film), as it was with Weinstein and many other men who used their position, power and/or money to abuse women, until it was exposed to the wider public.

The movie’s detailed retelling of the scandal that hit Fox News in 2016 may have been a revelation or even a shock as it happened before #MeToo exploded (how about that ‘leg cam’?), especially for those who came on board the calling out of men in power who have been getting away with demanding or imposing sexual favors in exchange for a promised opportunity only with #MeToo. Today, it is only a testament of what can be done or achieved (even only in terms of legal remedies) if one woman gets the courage to speak and stand up—despite having to owe up to the victimization, face the skepticism, the stigma and all the backlash, the perpetrator calling in his full arsenal in retaliation and to see, fight through it all until a certain end or goal is achieved.

Charlize Theron transformed as Fox News anchor Megyn Kelly, Nicole Kidman is understated as former Fox News anchor Gretchen Carlson and Margot Robbie fits the ambitious newbie peg as the fictionalized character Kayla Pospisil, also a composite of all other women who suffered sexual harassment under Ailes. Kayla also projected herself as the voice for the Fox youth target audience, the young conservatives or the “evangelical millennial.”

Kate McKinnon is Jesse Carr, a closeted Democrat lesbian who not only inserts some humor and sarcasm into the film, but also a glimpse of what the movie did not tackle. While the scandal in Fox News became a venue for women working in Fox News speaking up against their boss and gaining some changes in the company, including Ailes stepping down, Fox News itself has perpetuated rightwing, racist, homophobic messages. These are messages that the movie’s protagonists were being accused of themselves perpetuating, simply by working with Fox News. Jesse herself cannot get herself hired by another media company after she was marked with Fox News, despite her disagreement in the ideas or messages that Fox propagate—possibly including the news outfit’s perceived role in bringing Donald Trump to power.

“You have to adopt the mentality of an Irish street cop. The world is a bad place. People are lazy morons. Minorities are criminals. Sex is sick but interesting. Ask yourself, “What would scare my grandmother, or pi** off my grandfather?” And that’s a Fox story. Frighten. Titillate. Frighten. Titillate,” Jess coached Kayla.

The movie, in hindsight, could have been a handbook for protecting oneself against a boss or anyone who imposes sexual favor. What one’s mind could naturally go through and how one parries with being asked for sexual favors in exchange of promotions and having the courage to say no in the end, despite knowing eventually one will get sacked, as in the case of Rudi Bakhtiar. A lesson in the case of Kayla to not allowing yourself to be left alone with your boss who has a private elevator and secret back door without official business and without an employee handbook that tells you what you really need to do to get ahead in the job (and not by “giving a head” as per Ailes). Recording your private interactions, saving them, transcribing them, as a good journalist who does her homework would, as did Gretchen.

A bombshell is difficult pill to swallow—and it is not really the cure. (Weinstein is convicted of rape; the world has yet to change. Roman Polanski won a Best Director Award at the Cesars.) Like any treatment, cure does not start until you do something about the illness. It starts with a #MeToo then leads to a #FightBack.