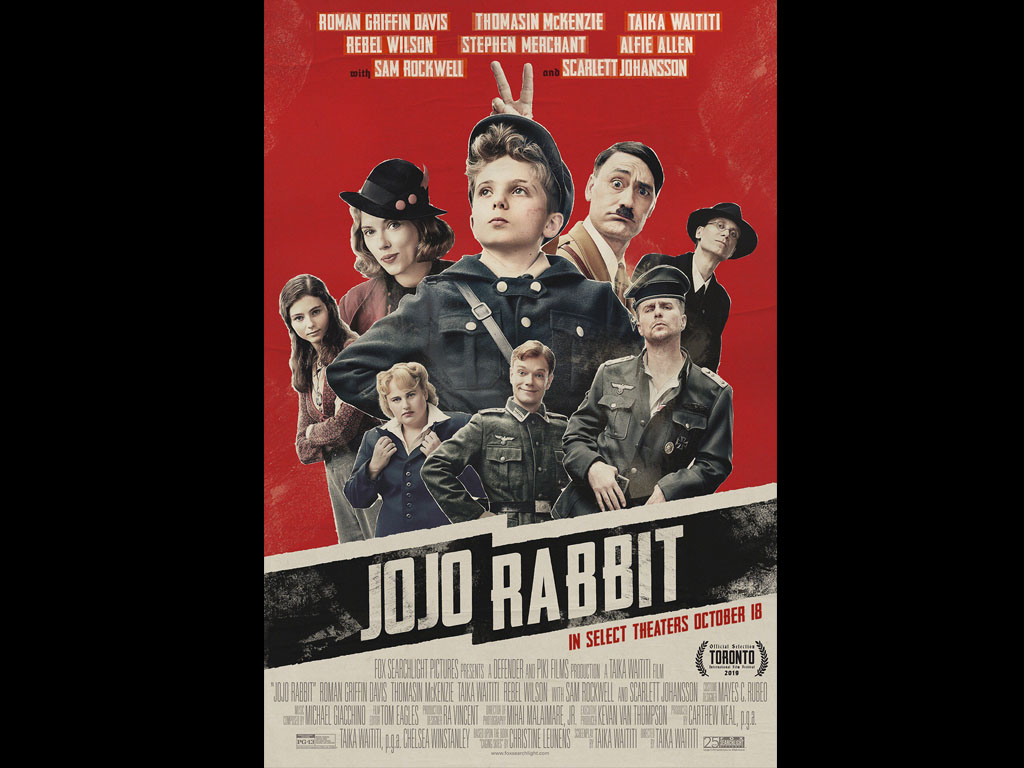 How do you show a story of children growing up in the period of Nazi Germany that will sort of be a feel-good film overall? Taika Waititi found an answer in satirical film Jojo Rabbit, where he wrote, directed and played the role of a camp, cheeky, overbearing but harmless version of Adolf Hitler who exists in the mind of 10-year old German boy Jojo Betzler like a conscience. As defeat impends for the Axis powers in World War II, Jojo joined Hitler Youth and went to its training camp but failed to strangle a rabbit, earning him the nickname that is the film’s title. He failed to complete the camp after a terrible mistake and his chances for being drafted as a soldier and meeting Hitler for real dimmed. He ended up doing odd chores for Hitler’s cause. Life becomes complicated for Jojo when he learns her mother Rosie is hiding 16-year old Jewish girl Elsa in their home and then meets the consequence for such compassion.

Prior to Jojo Rabbit, another prominent black comedy film on Hitler’s reign is Quentin Tarantino’s Inglorious Basterds in 2009. It was an alternate history of an assassination plot on Hitler and his devoted associate Joseph Goebbels that succeeded—a delicious yet agonized wishful thinking that Tarantino repeated in his latest film that is also nominated this year for Best Picture. Jojo Rabbit probably has more of that hopefulness as it followed the events of history—Hitler did lose the war and he took his life knowing that and the Third Reich fell, for the good of all humanity.

The satire, while promising, is more convenient than sharp. It plays upon the edges of the consciousness and sensibilities of a 10-year old boy and maybe the 16-year old girl. Its greatest feat probably is making a fool out of a fascist, but even then, still not as scornful as needed or as Hitler and his rule deserved. The film also pulled off quite a coup in showing how molding hordes of fanatics turn the most idiotic lies into gospel truth and is what kept the myth of Hitler and the Third Reich’s cause alive. And that is very much resonant with today’s regime of fake news, trolls and disinformation in the handful of governments around the world led by strongman politics.