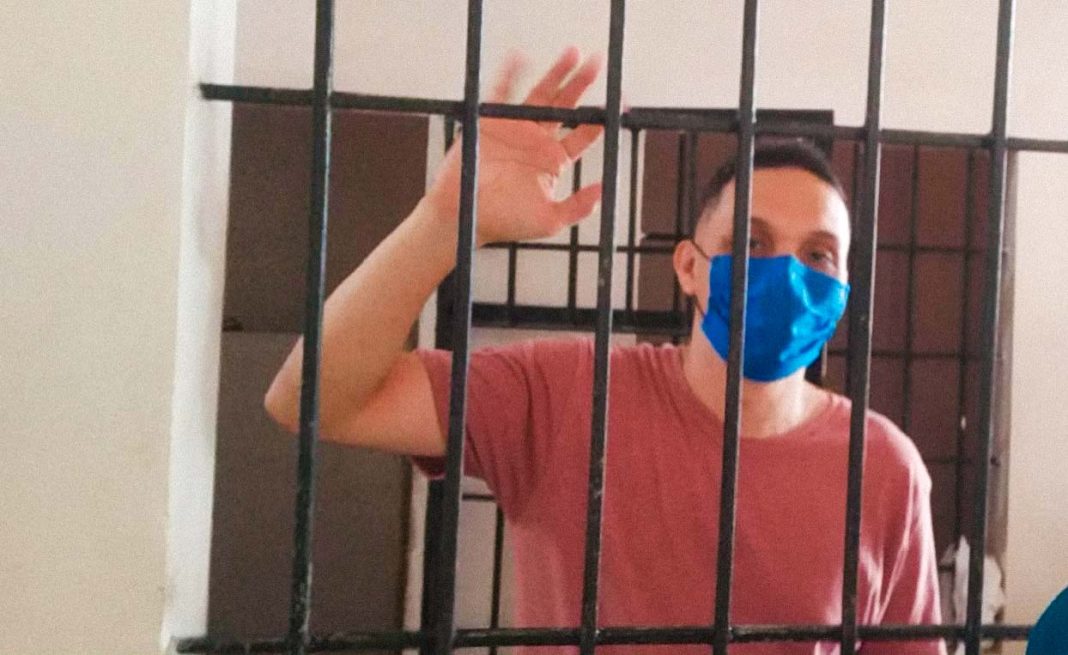 Aldeem Yañez. a former national president of the Youth of Iglesia Filipina Independiente (YIFI) and a resident of Brgy. Iponan, Cagayan de Oro City, was arrested by a combined elements of the Philippine National Police (Region 10) and Philippine Army, 4th Infantry Division. He was arrested at a dawn raid during Palm Sunday, April 10, 2022 in his family’s residence.

He was charged with illegal possessions firearm and explosives (two handgranades). Of course, he denied that he possessed such materials that state forces are only authorized to carry. At any rate, the accusations will be resolved in court hopefully and prayerfully in the days to come. Currently, Aldeem Yañez, along with persons who are facing common crimes, is languishing in jail at Cagayan de Oro City.

On August 15, Marcos Jr. regime through the Department of Justice (DOJ) filed a case of “terrorist financing” against 16 individuals, mostly members of Rural Missionary of the Philippines (RMP) nuns and lay church workers. Included on the list was Aldeem.

The case is obviously a trumped-up against Aldeem Yañez because he is not a staff of the RMP. Thus, this case is a test case against him.

Yañez and 15 individuals are charged with violation of Sec. 8 of the Terrorism Financing Prevention and Suppression Act (RA 10168) for allegedly making funds available to the Communist Party of the Philippines-New People’s Army (CPP-NPA).” RA 10168 as a law is related to the Anti-Terrorism Act of 2020. Obviously, no bail was recommended. Because of the Anti-Terrorism Act, the other accused individuals who are still free would be arrested any time and be jailed “incommunicado” within 14 days or more.

The charge against the RMP is an anti-poor act and policy carried out by Marcos Jr. In fact, his regime has only been projecting an administration that is supposedly concerned with the plight of the poor Filipino people but blatantly attacks an institution that serves the rural poor for 53 years now.

The “RMP’s mandate to serve those in hard-to-reach areas, the beneficiaries are mostly peasants, indigenous peoples and other rural poor” (RMP Statement, August 18, 2022) is being trampled by Marcos Jr. depriving the rural poor of the RMP’s Christ-like mission and ministries.

This RMP’s mandate is not far from the Mission Statement of the Iglesia Filipina Independiente.

“The IFI, as a community of faith steeped in the nationalist history of the workers and the Filipino people’s struggle in the Philippines, affirms its historical mission and ministry to empower the poor, deprived and oppressed through liberating education, organising, and mobilising the Filipino people, pursue a life in its fullness, and to be active witnesses against injustices, and for the propagation of god’s love to all humankind. (Romans 12:1-3; Matthew 22:37-40; Matthew 25:40)

This Mission Statement is an expression of the Vision of the IFI about the Filipino nations, which states “Philippine nation that asserts its sovereignty and patrimony, where justice and peace reigns and the people pursue active witnessing of god.” (Micah 6:8, John 10:10, Luke 4:16-19).

Then, what is the difference between the RMP and IFI? The case against the RMP and Aldeem Yañez in the future will surely become the case against the clergy and lay church workers of the IFI. The law being allegedly violated by the RMP and the methods are the same methods of demonizing and vilification of activists. The methods are old ways of “public trial” but the case of “terrorist financing” is new and it will be the mark of the Marcos Junior regime policy.

This policy “must be vigorously opposed,” the RMP Statement said. The IFI leadership has yet to release a statement for Aldeem Yañez’ including of the case filed against the RMP.

This “terrorist financing” case is surely the new issue that church leaders and church people would be decisively faced, opposed and eventually dismissed.

The alleged “testimonies” of NPA surrenderees are also part of fabricated and false charges being concocted by the Anti-Terrorism Council (ATC) and the National Task Force to End Local Communist Armed Conflict (NTF-ELCAC) or “whole of the nation approach, a government’s counter-insurgency program inaugurated by the Duterte regime and sustained by the Marcos Junior regime.

In closing, may our prayer for the safety of those persecuted church people will be heard by the God of history, truth, justice and peace.

In particular, as IFI we pray for our lay church worker:

“Eternal and loving God: we offer prayers for Aldeem Yañez, your faithful servant, who dared to follow your commandment of loving you and the poor and oppressed, with his whole being, and for it, he was vilified and red-tagged, and now unjustly and unlawfully suffer in jail, in the hands of those who thrive in darkness and evil.

“WE PRAY FOR HIS IMMEDIATE RELEASE! Continue to bless him with Your Holy Spirit, to face and boldly confront and challenge the works of the devil. In Jesus’ Name, we pray. Amen.”