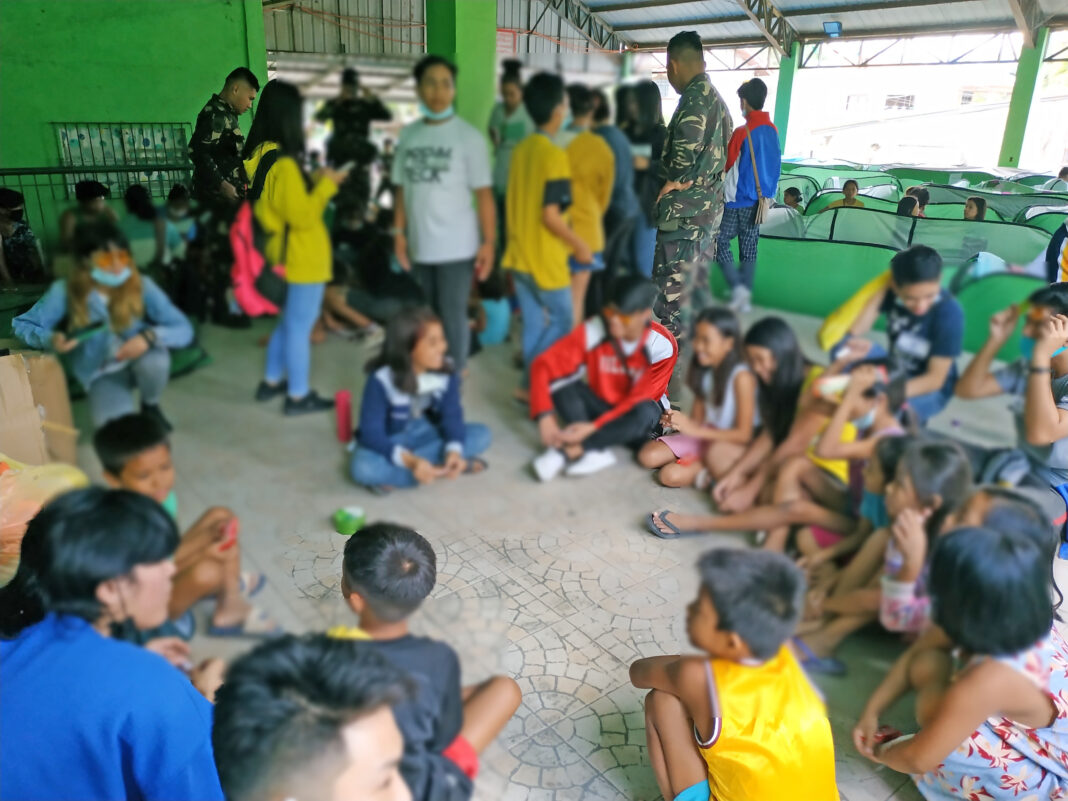 The condemnation followed the report from their local partner in Batangas, Serve the People Corps (STPC), that a police officer who identified himself as from Balete came to STPC’s physical center on February 4 “to conduct surveillance,” even after the surveillance on the day of the activity itself.

The police officer asked about the leaflets that were distributed during the relief operations and STPC said there were not any and if the police officer insisted, he should show them what he was talking about. He said his visit is from the “higher ups in Calamba, Laguna” – the relief volunteers thought he meant Camp Vicente Lim, the Headquarters of Police Regional Office 4 (PRO 4) or the Southern Tagalog Region covering 10 provinces.

“We were surprised when military men came over to our activity and watched over our activities. Some literally stood over art workshops we gave for the children. Some of them also talked with volunteers to ask for their names, organizations, places of origin. If this was not enough, they followed us in a military truck as we left the town later that day,” reported Kabataan Partylist Metro Manila in a statement.

The convoy of Tulong Kabataan and Serve the People Corps had three jeeps and more than 30 volunteers came from Metro Manila.

“We are appalled that instead of these state forces and the government focusing its concerns on giving the help needed by thousands of victims and promptly launching rehabilitation efforts, it instead has time and resources for doing surveillance work on relief operations and volunteers,” said Kabataan Partylist Metro Manila.

The group also said that the government cannot cover up with its ineptitude in the Taal disaster with the continued vilification against progressive organizations, human rights groups and activists.

“We are stunned by the militarist mindset of the lockdown order in the 14-km radius in Taal – even if already ‘partially lifted’ – because this incident only goes to show how the military’s increased presence and operations in the area were not only, if at all, to help the volcano eruption victims,” the group added.

Anakbayan Metro Manila hit the government’s inconsistencies and skewed priorities – from DILG Secretary Eduardo Año asking for donations when the calamity funds were slashed and intelligence funds were raised and inserted in just about every government agency. The group also mentioned the latest exposé in the DICT where some P 300 million regular operating funds were converted and cashed out as confidential and intelligence funds.

Despite this, they said, people are willing to help their countrymen in need.

[But, why now that the youth are bringing help, they send the military to ensure that Anakbayan and other partylist organizations cannot come or be present? Instead of inspiring the spirit of volunteerism, the government is paying attention to repression and militarization.]

The group mused that the prioritization of war and intel funds may explain for why the military are conducting surveillance on volunteers doing relief ops, instead of them doing relief ops and other activities to help the victims.

Anakbayan Metro Manila said they have gone to Taal calamity-stricken areas every weekend since the volcano erupted and it takes them the whole week to gather donations and volunteers. They said they will continue to do so, despite the government’s harassment of their group.