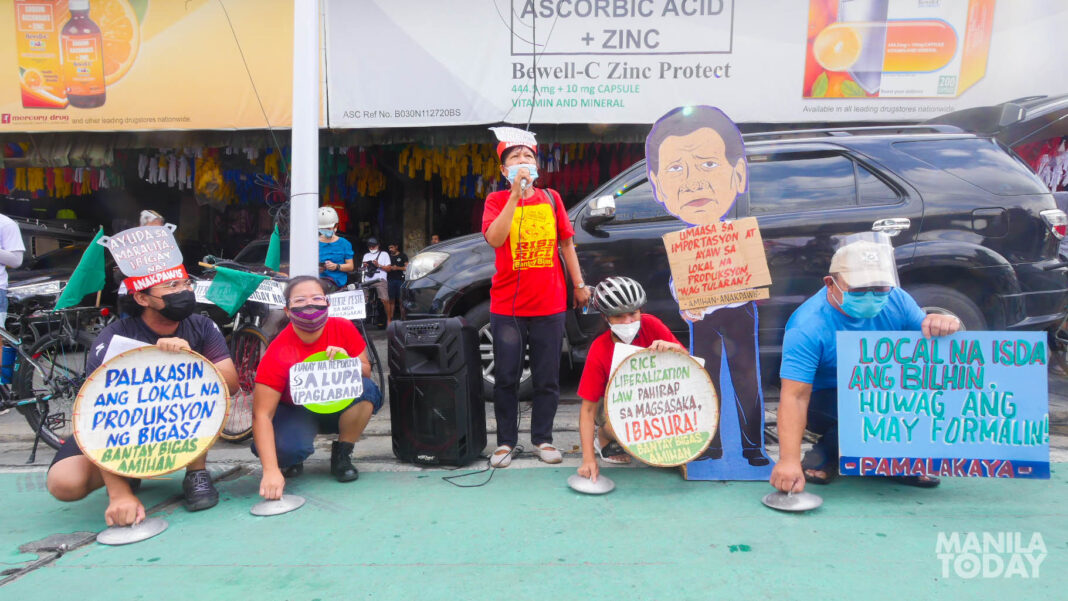 As of 2020, none of the Philippine targets for Sustainable Development Goal 2 (SDG 2: Zero Hunger) are on track.

Prior to this, the United Nations (UN) Food and Agriculture Organization (FAO) recorded that there are 59 million people in the country who are food insecure from 2017 to 2019, the biggest number in Southeast Asia. These statistics justify why progressive civil society organizations (CSOs) and grassroots people’s movements refer to the annual World Food Day as “World Hunger Day”.

This year’s World Food Day theme is “our actions are our future—better production, better nutrition, a better environment, and a better life”. The actions of the government, however, do not seek the improvement of food production, ensure proper nutrition for the people, and protect our environment. If left to continue in its current paradigm, there is no better life to expect for future generations.

Peasant organizations and land rights advocates have condemned the increasing liberalization of food products, particularly rice, as it pushes farmers to deeper poverty. Meanwhile, the commercialization of Golden Rice stirs renewed indignation from agricultural groups as it poses harm against traditional rice varieties and the people’s health. Extractive industries remain unhampered and worsened when the moratorium on open-pit mining was lifted. Added to this is the proliferation of the continuing decades-old problem of landlessness among farmers.

Last month, several mussel-growing communities in Cavite towns faced the threat of demolition as ordered by the Department of Environment and Natural Resources. Fisherfolk group Pambansang Lakas ng Kilusang Mamamalakaya ng Pilipinas (PAMALAKAYA-Pilipinas) hit the order’s “sham environmentalism” as the locals fear it will lead to the massive reclamation plan in Cavite. Other fisherfolk communities were displaced such as in Sitio Taliptip, Bulacan where the San Miguel Corporation-funded Bulacan Aerotropolis will be built.

Additionally, the bloody counterinsurgency program fueled by the rabid red-tagging of the National Task Force to End Local Communist Armed Conflict (NTF-ELCAC) poses a major threat to food producers. Rights groups have already recorded more than 300 cases of farmers and fisherfolk extrajudicially killed under the Duterte administration. It is utterly distasteful that those who bring food to our plates are treated inhumanely, all in the name of “national security”.

With these issues at hand, it is obvious that big business interests are the dominant powers in the country’s food systems. This is being done at the expense of our farmers, our local agricultural knowledge, and indigenous farming traditions.

The way forward to a better future in terms of food and nutrition is through the advancement of the people’s sovereignty and rights. The dictates of neoliberalism which values profit over people must be discarded and in lieu of this, ecologically sound and sustainable, human rights-based approach in food production should be supported from the grassroots and further developed and adapted at the national level.