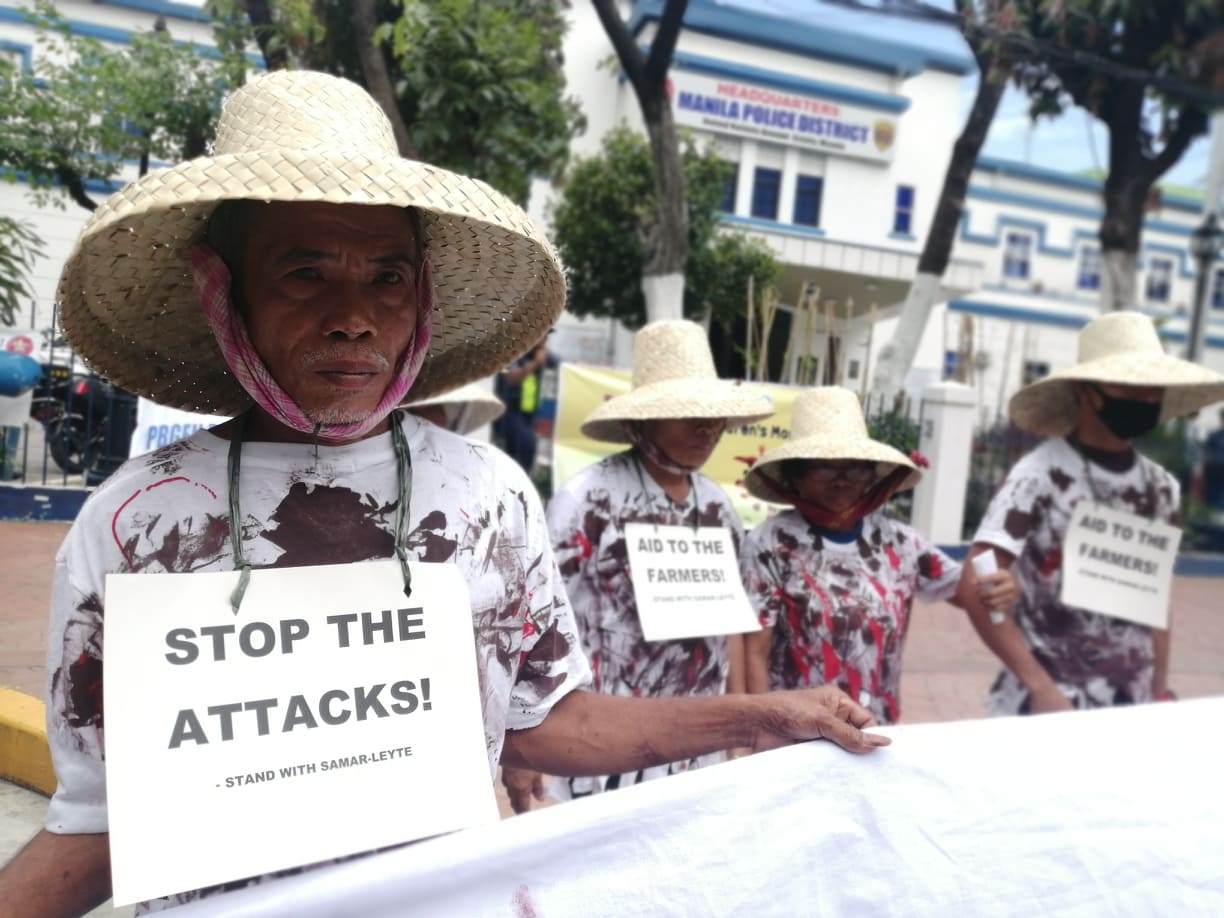 Baby Senobio, 51, still remembers how a particularly strong gust of wind, brought about by Typhoon Yolanda, blew away her family’s nipa roof and destroyed most of their crops.

As she and her family were evacuating to the nearest community center in Las Navas, Northern Samar, carrying only their basic necessities, she was determined they would survive Typhoon Yolanda.

[I didn’t think then that the worst was only to come.]

In the six years that have passed since Typhoon Yolanda pummeled Eastern Visayas, survivors are yet to see fundamental improvements in their lives. In Tacloban alone, only half of the more than 200,000 permanent housing units are reported finished. Hundreds of families have resorted to constructing shanties in “no-build” zones declared by the government.

Nanay Baby and most farmers in Las Navas could no longer fully sustain their copra and abaca crops. High prices of farming inputs, including irrigation, and cocolisap bug infestation hinder production, and presently the price per kilo of copra is pegged at P12. Nanay Baby has since supplemented her meager income by working part-time as a laundrywoman for the richer families in her town.

The government’s response: bullets, not bread

In place of total rehabilitation and livelihood assistance, Nanay Baby laments, is the government’s purported counterinsurgency program against alleged Communist rebels in the island of Samar.

The deployment of police and military forces in the said regions followed the signing of the order, as well as more reports of aerial bombings on farming communities, harassment of activists, and extrajudicial killings. Four army battalions and a company-sized unit of Special Action Forces were positioned in Eastern Visayas.

Rights group Katungod Sinirangan Bisayas reports that around 167 communities have been operated in by “peace and development” teams (PDTs) of the Armed Forces of the Philippines. The group also reports that PDTs conducting medical missions and other activities offering basic social services as a pretext to enter communities and intimidate the public from joining or supporting the New People’s Army.

To date, 33 civilians have been reported as victims of extrajudicial killing by believed to be state forces, including two village chiefs.

[We don’t need soldiers. What we need is livelihood that would help us farmers.]

In time for the sixth year after Yolanda hit the country, Nanay Baby and several survivors from Samar and Leyte have traveled to Manila to seek talks with national agencies. The Stand With Samar and Leyte Network, in which Nanay Baby is convener, plans to conduct forums and protests to register their call for “bigas, hindi bala; rehabilitasyon, hindi giyera”. [rice, not bullets; rehabilitation, not war]

Asked why she carries on despite fear of being politically persecuted, she says: “Kapag natakot tayo, lalo lang mananaig ang kabaluktutan at kabulukan ng ating gobyerno.”

[When we give in to fear, the rottenness of this government would only become worse.]