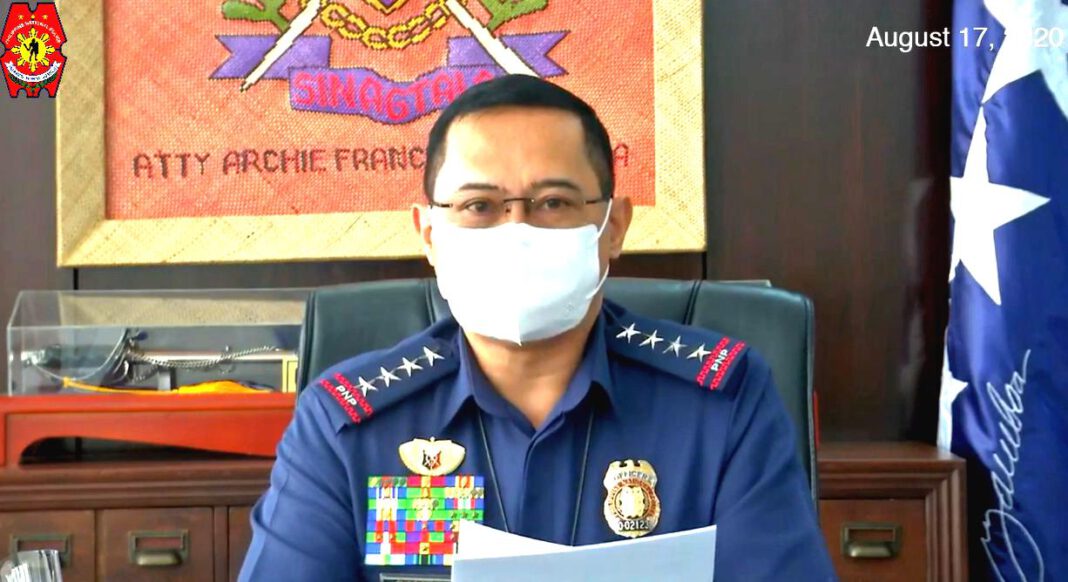 Not a party or concert. It was a dinner.

“There was no party or concert. It was a dinner that ended at 930pm,” said Philippine National Police (PNP) Chief Gen. Archie Gambao on August 16.

Since Saturday, talk on Gamboa and party travelling to Baguio City and holding a farewell party at the Philippine Military Academy (PMA) for his retirement on September 2 was abuzz.

0817 texts 01
Some screenshots that circulated on Gamboa having a party in Baguio City.

0817 texts 02
Some screenshots that circulated on Gamboa having a party in Baguio City.

0817 texts 03
Some screenshots that circulated on Gamboa having a party in Baguio City.

0817 texts 04
Some screenshots that circulated on Gamboa having a party in Baguio City.

0817 texts 05
Some screenshots that circulated on Gamboa having a party in Baguio City.

0817 texts 06
Some screenshots that circulated on Gamboa having a party in Baguio City.

0817 texts 07
Some screenshots that circulated on Gamboa having a party in Baguio City.

Gamboa also denied there was a concert, as some netizens posted messages from Baguio residents that there was a live band performance at the official residence of the PNP located at the Navy Base in Baguio City on Friday night, August 14.

The PNP Chief said Baguio Mayor Benjamin Magalong, former PNP’s Deputy Chief for Operations and current government contract tracing czar, was well aware of their activities. He also said that they had only three vehicles, which was less than the protocol for the Chief PNP and that they underwent triage as per the city’s regulations and stayed within the Chief PNP Cottage at the Navy Base the whole time. He said social distancing was also followed and food was individually catered.

Gamboa said he also had a meeting with Magalong on the peace and order situation in the region on August 16.

Based on Joint Task Force COVID-19 Shield reports, more than 320,000 people were apprehended (warned, fined, charged and/or detained) for quarantine rules violations, usually for violations of curfew or being outside homes without a quarantine pass.

Department of Interior and Local Government Usec. Jonathan Malaya in an interview with DZMM on August 17 denied there was a party. He also said that the information must be put in context, as Baguio City is under modified general community quarantine (MGCQ), a protocol that allows mass gatherings of limited capacity.

[Baguio rules are different, gatherings are allowed as long as there is social distancing, wearing of face masks and following the minimum health standards of the government.]

The gathering, he said, also ended by 9:30pm, before the start of curfew.

Baguio City remained under MGCQ from August 16 to 31 in Resolution No. 63 issued by the Inter-Agency Task Force on Emerging Infectious Diseases.

The only people allowed to enter Baguio City are returning residents, returning workers/employees, essential travel and official business/work travel. Travel for leisure and recreation not yet allowed. Those entering Baguio are required to register online and await confirmation.

Baguio also implemented a liquor ban that was extended to August 31 via Executive Order No. 120 series of 2020.

Some netizens were still unhappy with Gamboa’s clarifications.

Gamboa once denied Sinas’ party was a party… mañanita lang daw. Exc??? Then we saw pictures of a full-blown catered party with custom cakes & lots of guests during ECQ!

So no, i don’t believe you one bit. When you say dinner, party yan. Di lang kayo nag post ng pictures.?

So, after the mañanita of the NCRPO chief, there is this ‘comida de la cena’ of the PNP chief all the way up in Baguio City.

Baguio City reported 11 new cases on August 16, bringing the total confirmed cases of the city to 253. There are 119 active cases, 127 recoveries and 7 deaths.