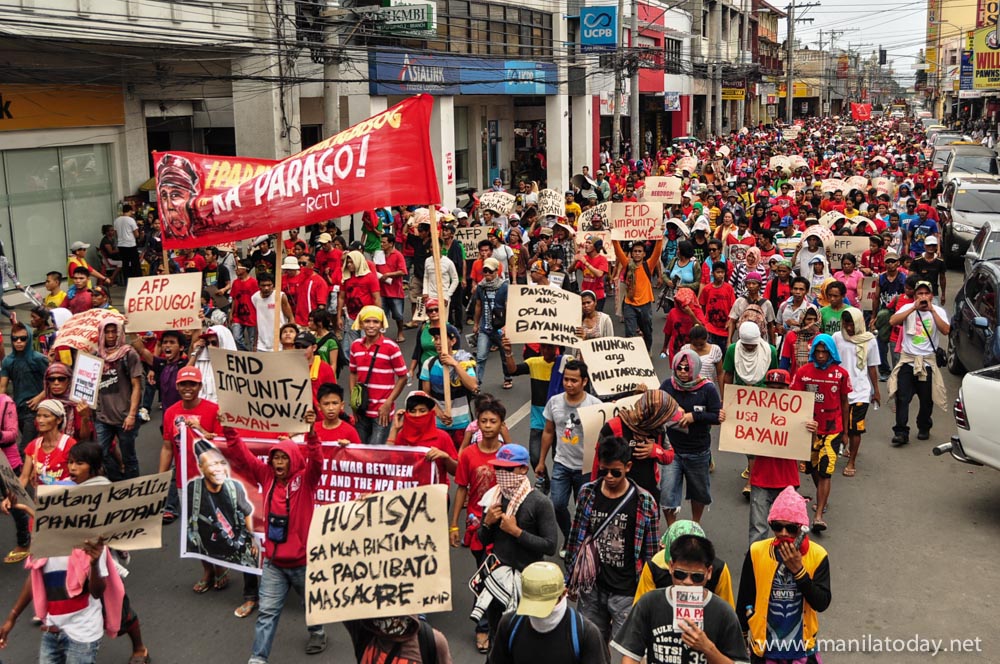 Leoncio Pitao, a.k.a. Ka Parago, was commander of 1st Pulang Bagani Command of the New People’s Army (NPA), the armed-wing of the Communist Party of the Philippines (CPP).

He was considered as the military’s most wanted enemy. By the time Ka Parago was killed, the military boasted his death in the media, and marked it as start of end of the communist armed movement in the country.

Yet thousands of people who joined the funeral march of Ka Parago in Davao City on July 10, 2015 disapproved what the military had claimed.

More than 10,000 supporters followed the truck carrying the slain body of Ka Parago inside a white coffin draped with a hammer and sickle flag of the CPP, and guarded by men wearing caps with a red star.

The crowd mostly consisted of peasants, indigenous people and ordinary folks. Many of whom came from Paquibato district, the area of operation of Ka Parago.

People offered sympathies to the fallen commander, whom they also called “Tatay”.

On June 28, 2015, Ka Parago and his medic, Vanessa Limpag a.k.a. Ka Kyle, were killed in a military raid in Paquibato district, Davao City while he was being treated for his lingering diseases.