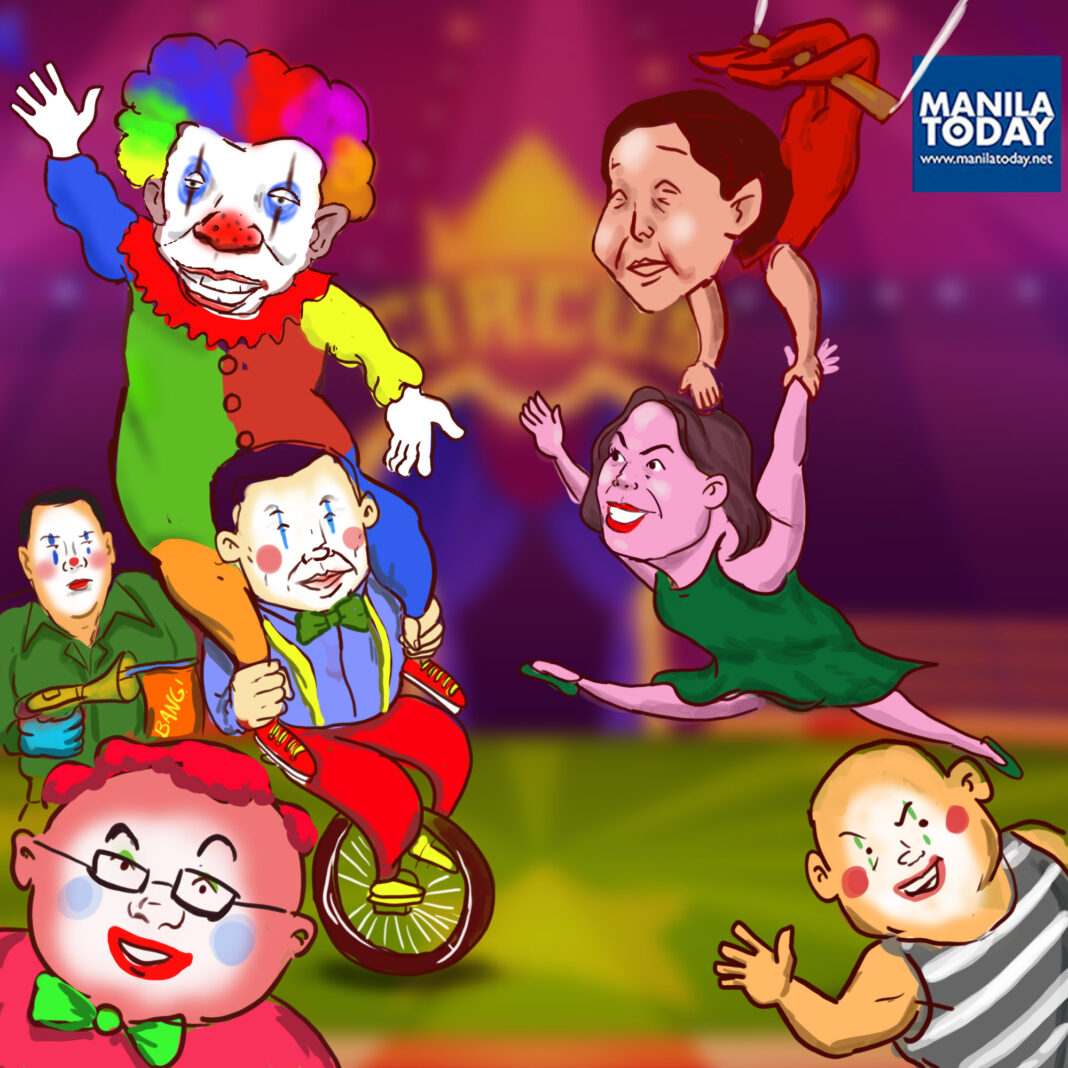 “I think I’ve seen this film before, and I didn’t like the ending.”

These lyrics to a Taylor Swift song “Exile” seem fitting on the current substitution shenanigans that have been going on in our electoral candidates for the President and Vice President posts. It is still fresh how President Rodrigo Duterte withdrew his mayoral re-election bid for Davao City to be the substitute candidate for the presidency of PDP-Laban for the 2016 election despite him previously denying that he will run for the presidency at that time.

The stunt Duterte pulled in 2016 was again executed by his daughter, Sara Duterte-Carpio, when she withdrew her bid for the Mayoral position of Davao City. The latter then announced that her brother would run in her position instead. Following her withdrawal from the mayoral race, she posted her resignation letter to Hugpong ng Pagbabago, a political party she founded in 2018. In line with this, speculations of the presidential daughter running for the national post arose.

Furthermore, we can remember that Duterte-Carpio said earlier that she will not be running for a national post this 2022 election. This seems somewhat familiar as her father said the same thing in 2016 when he assured the public he would not run for the presidency but did otherwise.

True enough, on November 13, just a couple of days after Duterte-Carpio withdrew her candidacy for the mayoral post of Davao City, she officially filed her COC for Vice President as substitute candidate for Lakas-Christian Muslims Democrats’ (CMD) original bet, Lyle Uy.

The plot thickened when another presidential aspirant, Senator Ronald “Bato” Dela Rosa, withdrew his candidacy, and Senator Christopher “Bong” Go, Duterte’s longtime aide, took his place instead. At the same time, Presidential Communications chief Martin Andanar said that the president will file his COC for vice president, fuelling talks about a Duterte-Duterte bout for the second highest post in the land and will become Go’s running mate.

On November 15, the last day of filing for the candidate substitution, Duterte instead filed his candidacy for senator.

With the current 2022 national post lineup, the present administration now has more candidates to secure a seat in power in the coming election. It is known that Marcos and Go, who will both run for the presidency, are both loyal allies of Duterte. At the same time, Duterte gave way to his daughter by running for the senatorial race instead, for reasons still unknown to the public.

It is indisputable that the current administration aspires to retain its current power, as Dela Rosa noted that the “Duterte-style” leadership should continue even after the president steps out of the palace.

“Six years of Duterte administration is not enough to change this country, to transform this country,” Dela Rosa stated. This also echoes Go’s pledge of continuing what Duterte has started during the length of his presidential term.

Seemingly, the elder Duterte also opposed his daughter’s partnership with Marcos, as he has publicly shown his support towards the Go-Sara tandem for the national post. Diwa Party-list Rep. Michael Edgar Aglipay said on Wednesday that the president endorsed the said tandem in a meeting with lawmakers in Malacañang on Tuesday night. The president also started to make public criticisms of Marcos, despite saying before that he will give way to Marcos if he would be declared the winner of his vice president poll protest—which Marcos also lost.

However this show may turn out, what is certain is the administration is still seeking to stay in power. The First family, a political dynasty in Davao City, seeks to extend its dynasty to the whole country. The Marcoses are also still seeking a complete rehabilitation and a return to power.

As the 2022 elections draw near, the moves of the aspirants for the national posts, especially the country’s highest seat, come to light. Their campaign strategies continue to unfold, and whether they have a big plan behind their political party, we can already see their intentions as to why they would run for office. May it be for personal, power, or political gains, the people should remain steadfast in picking those who are unwavering in their advocacy for the people and those who aim to help our people and do good for our country.