Home NEWS Over 2.2 million unenrolled as classes open on September 13 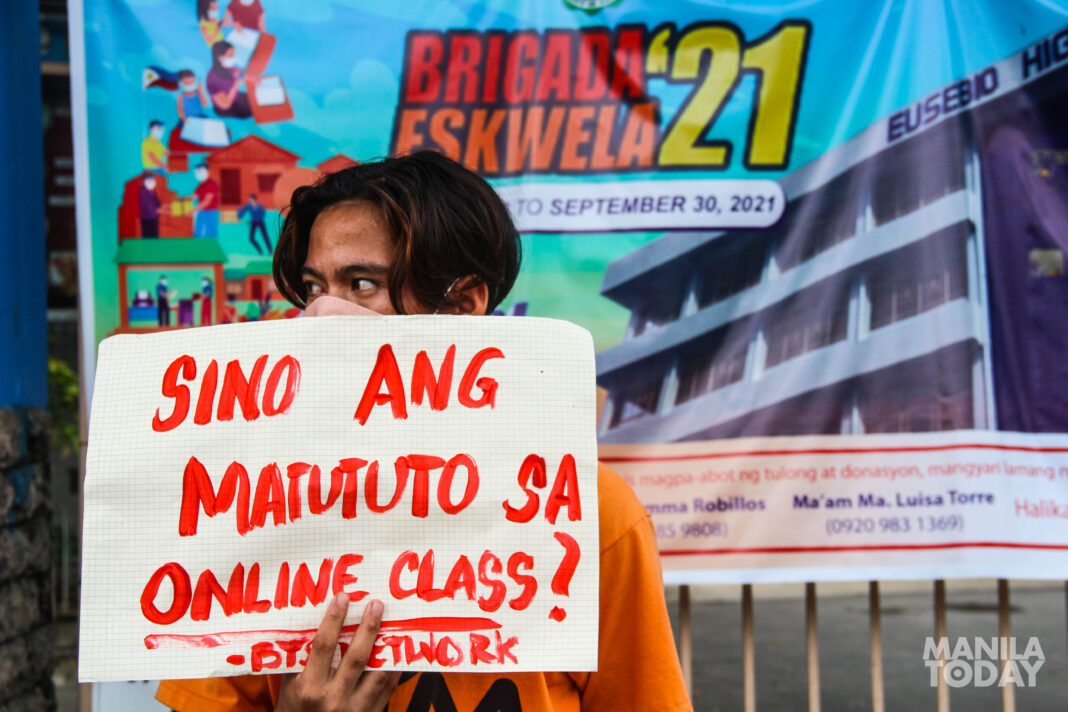 As of the general opening of classes on September 13, a total of 24,603,822 students have enrolled for the second school year amid the pandemic. This means around 2,222,565 students from last school year have not yet enrolled or are still unaccounted. The number of learners yet to enroll also does not account the almost 1-million yearly increase in enrollees since before the pandemic.

The current number of enrollees also include college level students, whereas enrollment data from the previous school year only included up to senior high school.

The latest data is also higher than the 26,657,411 number of enrolled from the DepEd’s Public Affairs Service Comparative Enrollment report released on January 15 this year. In that report, enrollees increased since the school year started and there were 22,712,409 enrolled in public basic education; 3,375,748 in private basic education; 118,755 in public and state colleges; and, 430,399 in ALS at the time. The January data was released following a February 24 Social Weather Stations survey that noted 4.4 million (13%) school-aged Filipinos are currently not enrolled in school.

“[The DepEd] celebrates with great joy its success in opening classes for the second year in the time of COVID,” said DepEd Sec. Leonor Briones.

“Today, we are opening the School Year 2021 to 2022 as we celebrate last year’s victory. The challenges we are facing now are even tougher than those we battled last year,” she said.

Public schools get the lion’s share of learners again this school year, with 18,561,298 enrolled or around 75.4% of the total enrolled students from kinder to college, including ALS.

Enrollees in private basic education stood at 1,443,849, with over 1.9 million decrease from last year’s enrollment compared to the January 15 data from DepEd.

Enrollees in private or state colleges, some have yet to start their classes, stood at 41,348 or only 35% enrolled compared to last year. This is less than 77,407 than DepEd’s January enrollment data.

The DepEd announced on the opening of classes, also supposedly the last day of enrollment, that registration for this school year is extended up to September 30.

[Based on the discussion of the execom in the last meeting, we will release a memorandum informing that DepEd will accept enrollees until September 30, 2021.]

[We expect to exceed last school year 2020-2021’s enrollment this month because as of September 13 opening of classes, we already have 24.5 million enrollees.]

Enrollment decrease and distance learning for two years in a row

Apart from the drop in enrollment for the second year in a row, the DepEd is again implementing distance learning as face-to-face classes remain prohibited and schools remain closed.

The Alliance of Concerned Teachers conducted a study that revealed that this school year will see similar problems as the previous year: late printing of and insufficient modules, lack of gadgets and internet support, excessive workload and study load, and wanting school safety measures.

This month, the United Nations Children’s Fund called out the Philippines as one of two countries left in the world whose schools remain closed after a year and has yet to have any form of in-person learning. The other country is Venezuela. This, the international agency says, will have long term detrimental effects to learners as well as increasing the risk of millions of children never enrolling.

NEDA also said that the country stands to lose P 11 trillion in the next 40 years due to the prolonged school closures, redounding to reduced future earnings and wages.

On September 9, Socioeconomic Planning Secretary Karl Kendrick Chua said the lack of face-to-face schooling has limited the learning ability of students and has a permanent effect on the quality of the future labor force.

The discrepancy between the ADB and NEDA data, Chua explained, is that NEDA adjusted for inflation over 40 years. ADB agreed that the potential productivity loss estimate will be bigger than the initial P 1.9 trillion, he said.