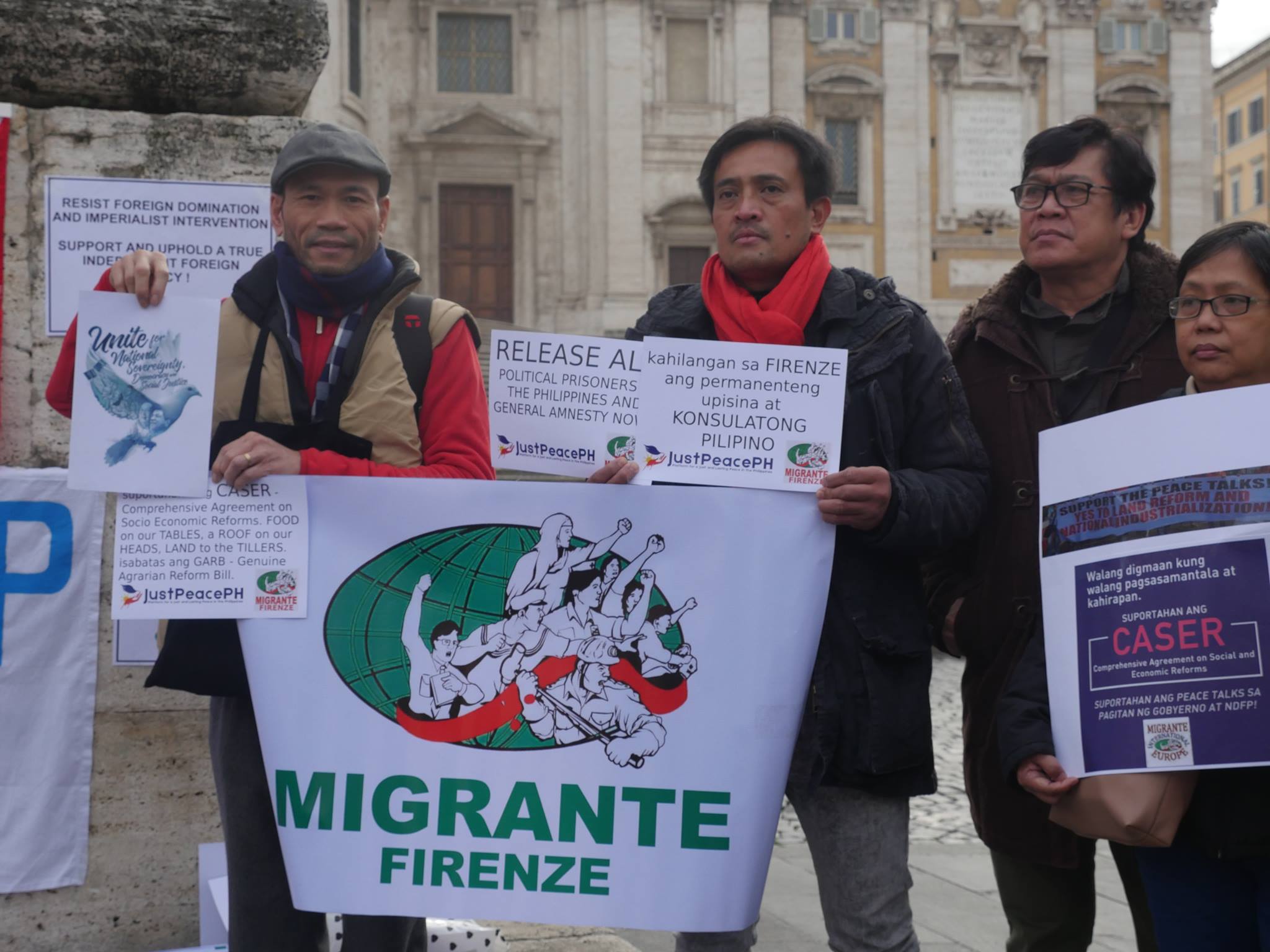 Members of Migrante Italy held a rally in front of the Basilica di Santa Maria Maggiore in Rome, Italy to voice out their support for the peace talks.

“We in Migrante believe that the root of our country’s migration problem is the lack of agrarian reform, national industrialization and patriotic and independent foreign policy,” Franklin Irabon of Migrante Milan.

Irabon said this situation has forced Filipinos to go abroad.

“Because there is no land reform, we could not create wealth that would help us build industries that can support millions of Filipinos who want to make a living. The result is that we do not have the capacity to allocate resources of the country. Many are without livelihood. Many live in poverty. And that situation is perpetuated by laws and policies in economy and politics,” said Irabon.

Irabon also cited that there are 15 million Filipino migrants all over the world; four of every five are women.

An OFW is impassioned in asking the first question in the open forum, questioning why she had to work hard so her kids would finish college only to be employed and to dream of working abroad like she had to do.

“What can you do to resolve this?” she asked.

The main program of the third round of peace talks is the discussion of the GRP and NDFP drafts for a Comprehensive Agreement on Social and Economic Reforms (CASER). The outline of this agreement has been agreed upon in the previous round.

To the NDFP, the core topics of the CASER included land reform and national industrialization.

“The current economic policies of the Philippine government run counter to industrialization efforts. Minerals are mined from our lands, sent out of the country where it will be made to steel and then we have to buy that product made from our own resources,” explained NDFP consultant Adelberto Silva.

Silva said that national industrialization would produce jobs in the country that would allow Filipinos to live in dignity as they also contribute to nation-building.

“In pursuing national industrialization, you would not have to go out of the country. You would have productive jobs. We would be able to make our own steel, make our own computers, machines, cars and what our country needs,” Silva addressed the OFWs.

The third round of peace talks went on a one-day break on January 22.