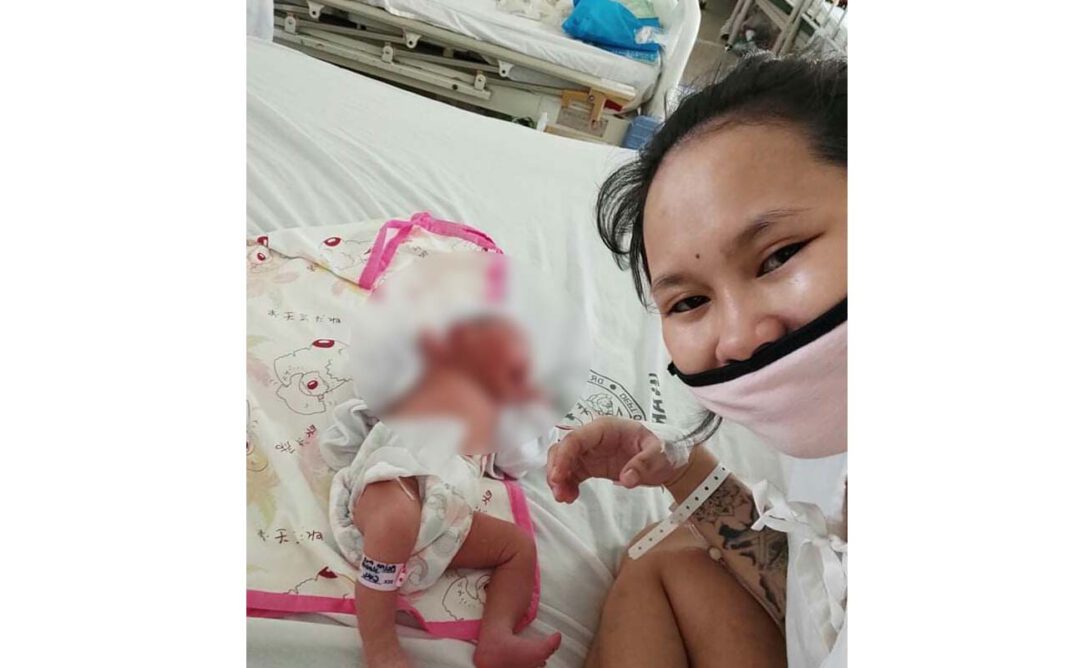 On the night of July 2, a day after she gave birth, Reina Mae ‘Ina’ Nasino was brought back to the Manila City Jail (MCJ) with her newborn baby. Nasino gave birth to a baby girl at the Dr. Jose Fabella Memorial Hospital in Manila on July 1.

Lawyers and kin were not informed that Nasino was brought back to the prison and found out only today.

“We condemn the surreptitious way that prison authorities secreted out Reina Mae and her baby although the Fabella hospital allowed both to stay in the hospital at least for a week to ensure continued medical attention and care for an underweight newborn,” said the group of political prisoners’ kin, KAPATID.

In a phone call to Nasino, she said that she and baby River Emmanuelle are staying in a new and unused room inside the MCJ, with ventilation and sleeping provisions. She also said the baby’s immediate needs are diapers and vitamins. Nasino said she is also struggling in breastfeeding her baby because her milk supply is low, and this might become a cause of concern as the baby may go hungry. Another mother in the hospital nursed baby River.

“Get Reina Mae and her baby out of prison,” KAPATID urged.

KAPATID has been calling for the release of Nasino, as well as sick and elderly political prisoners who are vulnerable in the overcongested jails in the country, on the basis of humanitarian grounds during the pandemic.

They filed a petition with the Supreme Court on April 8, but has yet to be decided almost two months since it was filed. The group banked on Chief Justice Diosdado Peralta’s words that their petition will be decided by June 16.

They were arrested then and continued to be detained to this day on charges of illegal possession of firearms, that their groups said were “planted.”