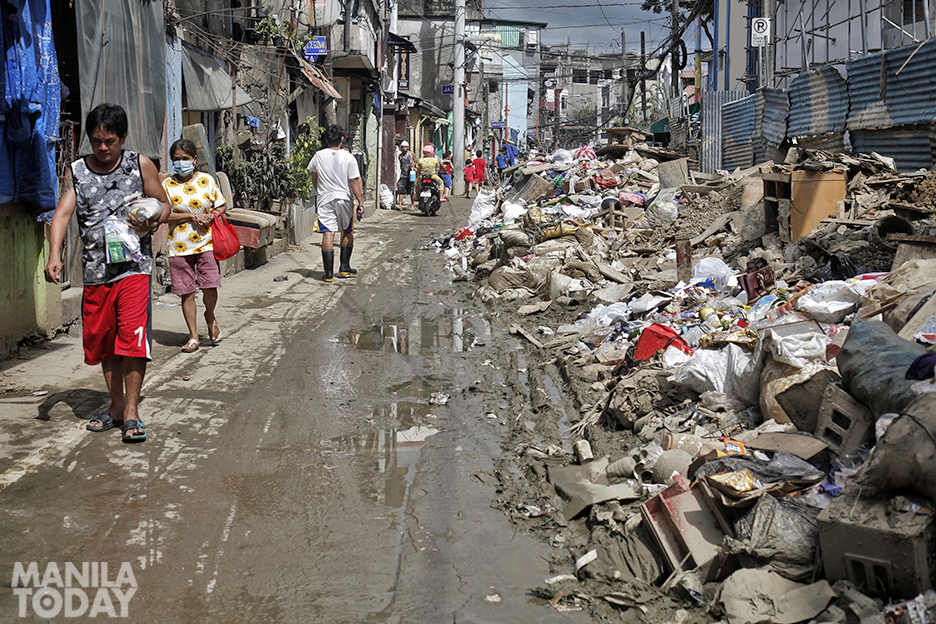 Low-lying areas in the suburbs of Metro Manila, especially those nearby lakes and riversides, were submerged while putting many lives at stake after massive, heavy downpour that instantly.

One week after the typhoon left, people are still cleaning up. Their recovery is something they may take measure of after they can make their homes more livable again.

Barangay Industrial Valley Complex or IVC in Marikina were among these affected communities as strongs winds of typhoon Ulysses hit Metro Manila on November 11.

Flood waters rose fast, passing through doors and through houses, heeding no welcome. Residents said the water kept rising and likened the tragedy like of an “Ondoy-level” experience.

The floods and the mud the was left behind laid waste to many of the resident’s belongings.

E. Abello and O. De Guzman streets were marked not only with remnants of murky waters and lump of heavy muds, but also with tons of waste piling at every corner. Some residents complained of the pungent smell but it took a week before the cleaning drive operations were initially conducted.

Some vehicles have also been washed away and barricaded the major roadways in Marcos Highway and Macapagal bridge.

There was also a jeepney truck that seemed as if it was excavated from underwaters because of the moss and wet grass hanging around its metal framework.

The garbage pile in the main road and beside the riverbank loomed like a small mountain.