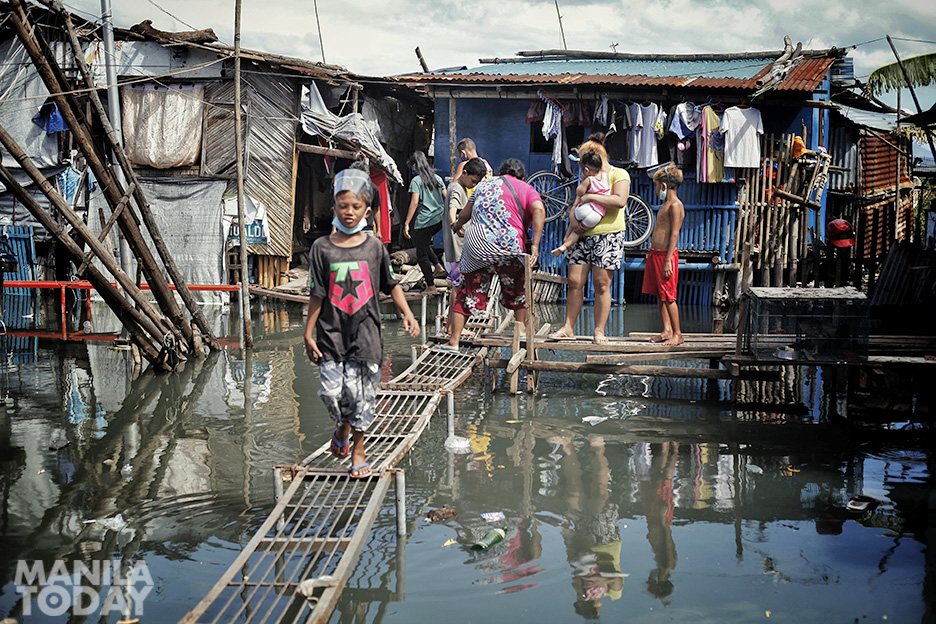 The community of Sto. Niño Aplaya in Barangay Poblacion, Muntinlupa has been flooded since typhoon Rolly. Known as the world’s strongest typhoon, Rolly (International name Goni) hit at the start of this month, leaving the annual ‘Undas’ commemoration more gloomy than usual despite the ban on cemeteries during this period.

Residents noted how the floods rose higher during typhoon Ulysses. “Lampas tao” or higher than a person’s height, was how they remembered the flood that time. And the current was stronger. After a week, the floods remain deep and not passable.

Makeshift bridges made of bamboo had been constructed so people can pass through. After typhoon Ulysses, however, residents requested their village council to install stronger bridges—somehow accepting the temporariness of such difficult situation may draw on longer. The barangay council provided the materials and people helped build them – in the traditional Filipino virtue of bayanihan.