Home OPINION PERSPECTIVES Let the People’s Movement and the Broad United Front cause the Speedy... 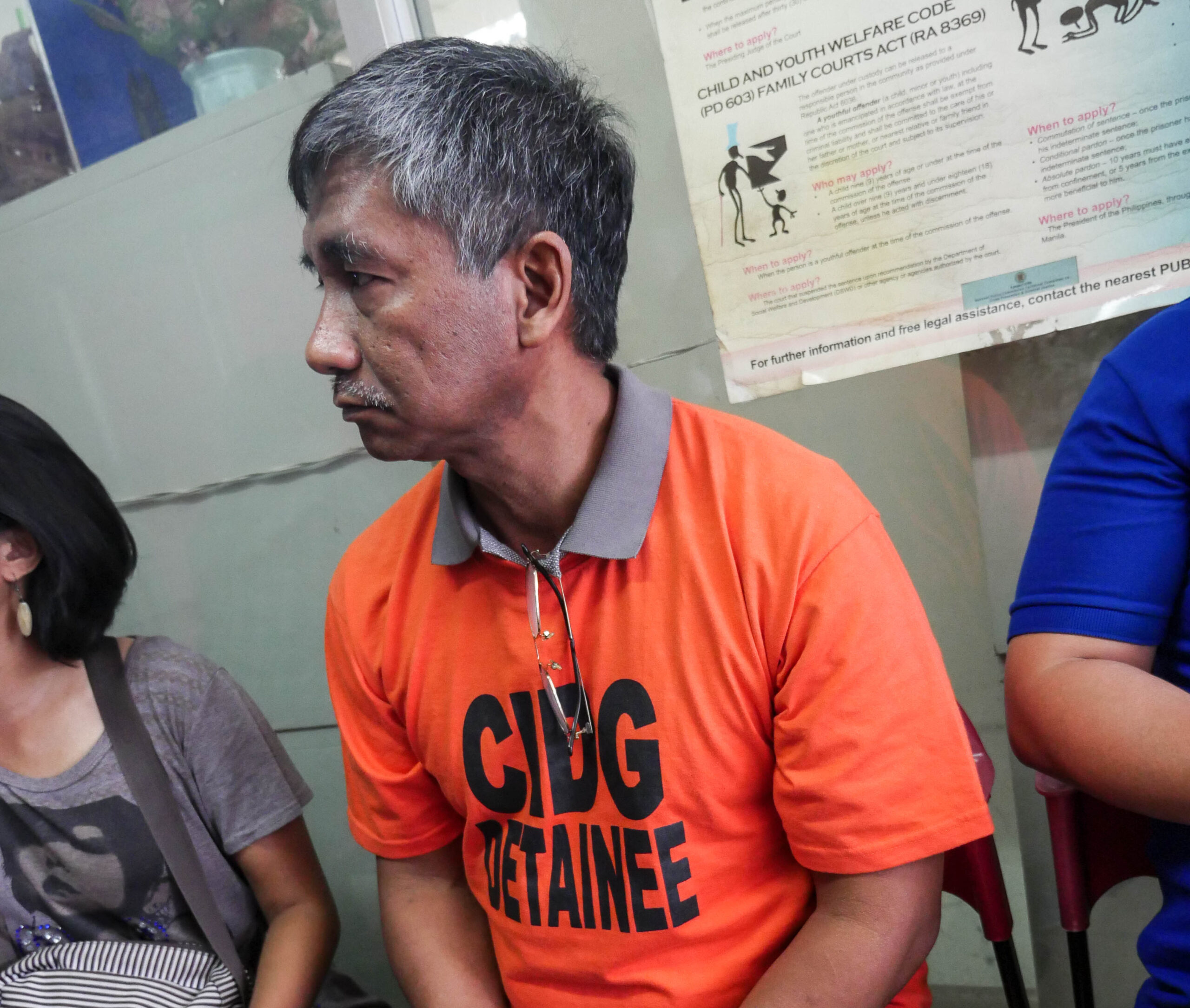 I am forever grateful to the Free Ferdinand Castillo Movement, my wife and daughter, BAYAN, KARAPATAN, PILC and NUPL, MAKABAYAN and my friends here and abroad for helping me fight the trumped-up charges against me by the Duterte government. I thank you for all the moral, political, legal and material help that you extend.

I am now more than a year in prison. This pales in comparison with my fellow political detainees in Camp Bagong Diwa who are already detained for more than four years. But we all suffer from state persecution for our ideals of changing the exploitative and oppressive system. Our political dissent is criminalized through trumped-up non-bailable criminal charges based on templates prepared by then Inter-Agency Legal Action Group (IALAG) and the current Inter-Agency Legal Action Group (IACLA) of the AFP-PNP. We went through different forms of torture. We are treated as “high risk inmates” and one of the “security threat organizations” imprisoned in a high level security detention facility. Our right to speedy trial is violated and we face the danger of conviction based on testimonies by perjured witnesses and planted evidence. Together with other prisoners, we suffer the same inhumane and oppressive conditions in prison.

Let me give you an update on my legal defense. My lawyers’ motion to “suppress evidence” in connection with the charge of “illegal possession of firearms” was outrightly denied by a regional trial court judge. I already went through arraignment and presentations by prosecution are under way.

The charges of “double murder” and “multiple frustrated murder” are being tried in another regional trial court. This is in connection with a supposed ambush of a Philippine Army unit by the New People’s Army in March 2014 in a certain barangay in Lopez, Quezon Province. My lawyers’ omnibus motion to “quash second amended information” and corresponding warrant of arrest, and to “dismiss the case” is now pending for resolution by the regional trial court judge, after a long wait of court warnings and non-rebuttal by the prosecution. These phases of the legal battle are important and metalegal measures through the united front and mass movement must be combined with court battles.

As a matter of perspective, our major political struggle in prison is to gain freedom from incarceration in order to continue to struggle for national freedom and democracy. At the same time, we have to contend against the repressive and punitive nature of Philippine prisons. Together with other prisoners, we fight for basic prisoners’ rights: adequate food, visitation, and access to adequate health services, against excessively intrusive and cruel searches, against torture and against cruel punishment for violations. In addition, we assert our right to continue our studies and physical exercises to keep our revolutionary spirits high and our physical and mental wellness against restrictions and conditions which undermine these. I am taking part in these struggles and we continue to make victories and breakthroughs in these endeavors. These are closely coordinated with the mass movement and they form part of a broader campaign.

We would like to assert the need for a sustained national multisectoral mass campaign for political prisoners. This is underscored by such facts as the rising tyranny and danger of open terrorist rule, the fast growing number of political prisoners (now numbering more than 500), the occurrences of arrests in the region and among the sectors and the arrests not only of suspected leaders and members of the CPP-NPA-NDF but also of activists of the legal democratic movement, regardless of their old age, retirement or “lielow” status.

This campaign must use the stated constant policy of the CPP-NPA-NDF to pursue peace negotiations for just and lasting peace and push for substantial reforms along the line of national freedom and democracy. The campaign must assert that the release of all political prisoners and CARHRIHL are one of the agreements by the GRP and NDFP. It is a good thing that the 5th round of peace negotiations may resume anytime. We must push for the resumption of peace talks.

This campaign must aim to propagate the ideals that we and the people are fighting for. Political prisoners should be treated leniently and must be distinguished from criminals. They should not be arrested to begin with. International agreements pertaining to political prisoners as well as the CARHRIHL and other GRP-NDFP agreements must be vigorously disseminated to the public. The various forms of injustice done to them must be exposed especially in narrative forms. Their immediate release by the government must be done to rectify this injustice. We must aim for the immediate release not only of NDF consultants but also of the elderly, sickly, women and long detained political prisoners. This campaign must rely mainly on the mass movement and must be closely coordinated with the other forms of struggle such as the peace negotiations, parliamentary work, and court battles. We must also utilize the broad united front. Thus, these forms of struggle further strengthen each other. I am confident these can be done.