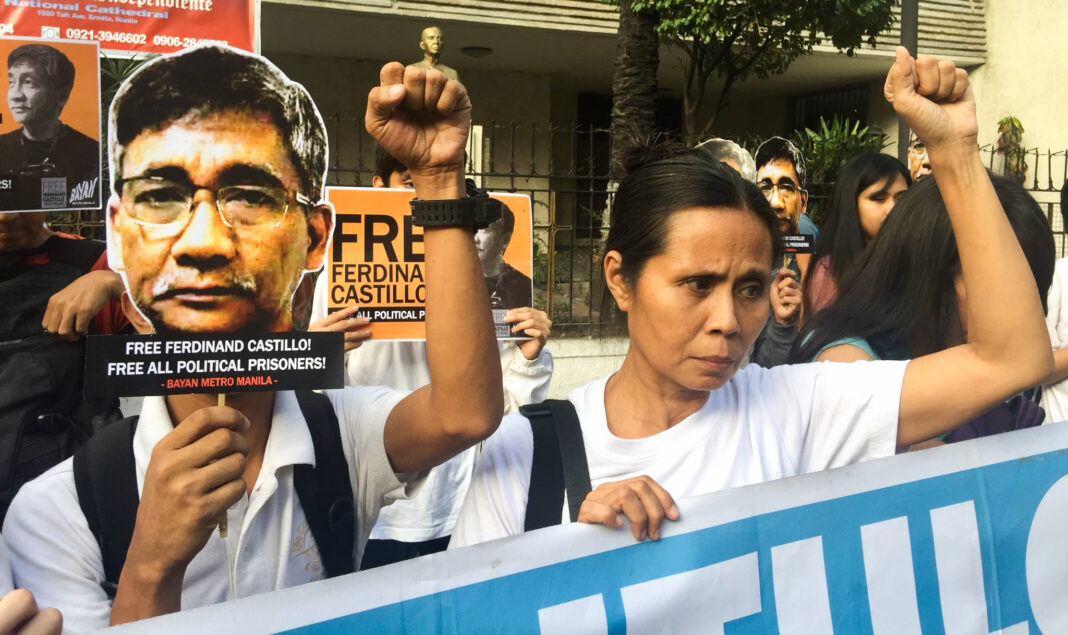 The groups are optimistic that the stalled talks between the Government of the Republic of the Philippines (GRP) and the National Democratic Front (NDF), scheduled to continue in June this year, will start with the release of more than 500 political prisoners through a general amnesty.

The group also push for an enabling climate for the resumption of the peace talks which was unilaterally terminated by President Duterte on November 2017 with Proclamation 360. A month after, President Duterte signed Proclamation 374 declaring the New People’s Army (NPA) and the Communist Party of the Philippines (CPP) as terrorist groups.

On February this year, the Department of Justice filed before the Manila Regional Trial Court a petition proscription to cite CPP and NPA as terrorists and listed more than 600 names tagged as members.

“The termination of the peace talks resulted to the prolonged agony of political prisoners, who in the first place, shouldn’t be arrested. More were detained under Duterte which contradicted his campaign promise to release them,” said Nona Andaya-Castillo, wife of detained Ferdinand Castilo.

Castillo was arrested on February 12, 2017 following one of President Duterte’s decision to cancel the peace talks. He was charged with criminal cases such as murder and illegal possession of firearms which his human rights groups claimed as “trumped-up” and “maliciously fabricated”.

At the time of his arrest, Castillo was serving as the campaign officer of the Bagong Alyansang Makabayan – National Capital Region. He was also a consultant of the NDFP in the peace negotiations with the government.

Reports of human rights organization Karapatan shows that out of almost 500 political prisoners, more than 200 were arrested under Duterte’s regime. Not to mention those who were detained when Martial Law was declared in Mindanao.

“It is very alarming that even the six consultants who were supposedly guaranteed immunity thru Joint Agreement on Security and Immunity Guarantees (JASIG) were arrested and charged with fabricated cases, a decades-old style of the government to silence dissent,” Andaya-Castillo said.”

The government should uphold and create an enabling atmosphere for the Peace Talks. An initial step for this is to release all political prisoners, especially consultants like Raffy Baylosis and my husband,” she said.

The groups also urged Duterte to fulfill its commitment and do its part in the scheduled talks such as pushing forward the signing of the Comprehensive Agreement on Socio-Economic Reforms (CASER) as the most urgent measure to resolve the rootcauses of the conflict and aspirations for a just and lasting peace.