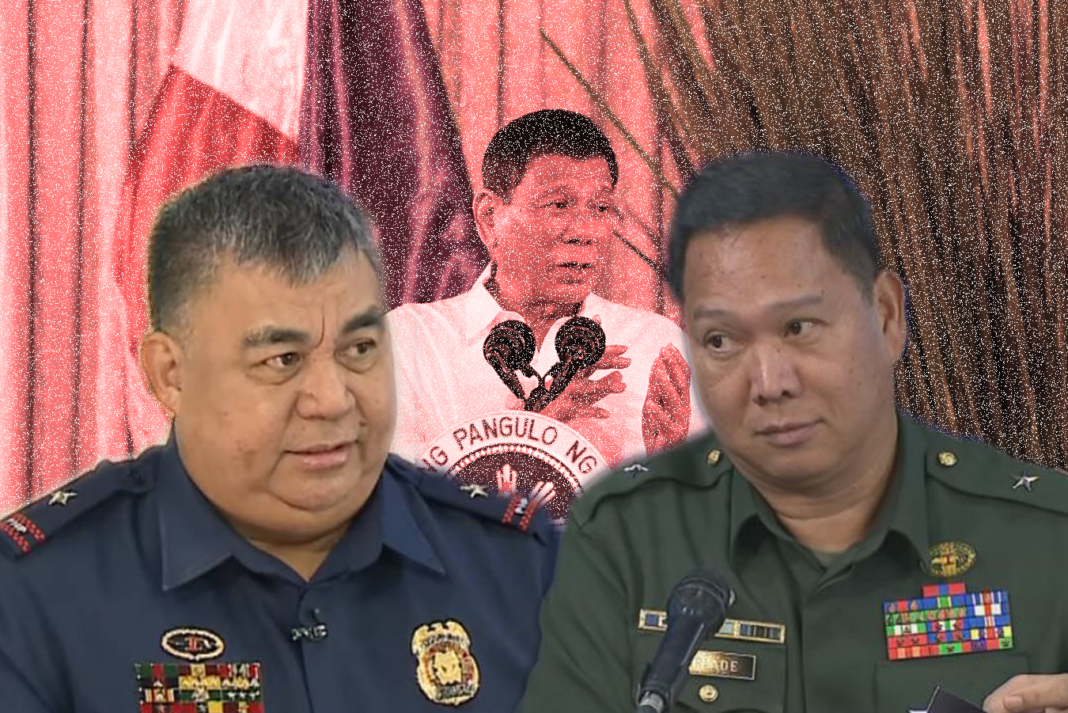 Mañanita and red-tagging. These two events were among the most talked about transgressions of police and military officials last year. The ill-repute of these offenses was shared with their originators, former Philippine National Police (PNP) chief Debold Sinas and former National Task Force to End Local Communist Armed Conflict spokesperson Antonio Parlade, Jr., respectively.

It came as no surprise that President Rodrigo Duterte decided to appoint the two controversial officials to his cabinet, because Duterte did that will almost every top-level police or military official who retired during his term. Sinas was appointed as Office of the President Undersecretary, while Parlade was given the post Deputy Director-General of the National Security Council.

Human rights group Karapatan noted that at least 70 retired military generals, police directors, admirals and colonels have been appointed to the Duterte cabinet and other agencies, including government-owned corporations. Some of them hold posts concurrently in the National Task Force Against COVID-19.

These Duterte appointments were of course met with various groups’ contempt, as much they have conferred to the two and the wrongdoings ascribed to them.

Karapatan scored Duterte’s decision as “moves that strengthen the culture of impunity in the Philippines” and a showing of “President Duterte’s penchant for rewarding human rights violators with government posts.”

“Their appointments mean that President Duterte is not making them accountable for these acts. He is giving them another platform to continue their deranged red-tagging antics and rights violations. He sends the message that those promoting the administration’s bloodlust will be rewarded with higher posts in the government,” said Karapatan Secretary General Cristina Palabay.

Aside from the much-detested mañanita during lockdown while he was National Capital Region Police Office (NCRPO) chief, Sinas were also slated for these human rights violations:

After the Bloody Sunday raids, Sinas rarely faced the media or the public until his term ended on his birthday, the anniversary of the mañanita.

Parlade, who has been dubbed as ‘red-tagging king,’ was chief of Armed Forces of the Philippines’ Southern Luzon Command until he retired from military service last July 26 was scored for the following human rights violations:

Parlade is facing numerous complaints at the Office of Ombudsman and at the Commission on Human Rights for endangering civilians and activists through his rabid red-tagging, said Palabay.

Meanwhile, Anakpawis said the appointments “[signal] the ushering in of a bloody 2022 election.”

Anakpawis pointed out that the ex-generals will also have billions of public funds at their disposal.

“Sinas will have access to the Php4.5 billion confidential and intelligence fund and the so-called black budget or the President’s Pork barrel amounting to more than P22 billion for 2022. Parlade will dip his hands into the General’s Pork, amounting to more than P30 billion that includes the budget for the NTF-ELCAC, E-CLIP, C4PEACE, and other counterinsurgency funds,” said the group in a statement.

“Their appointments should be strongly denounced by all freedom-loving Filipinos as we demand that they be held accountable for their crimes,” stressed Palabay.