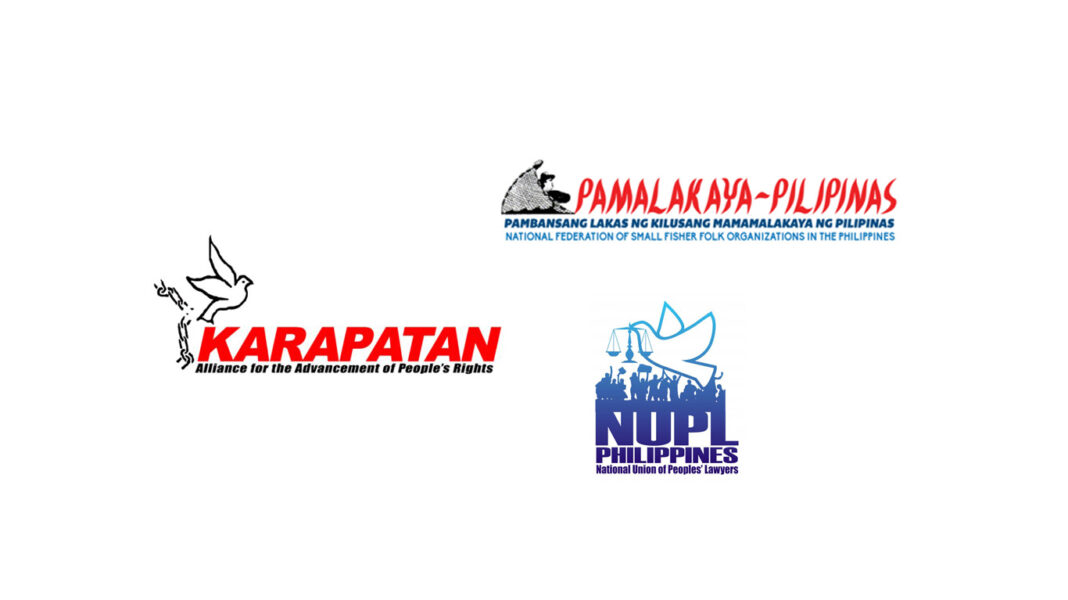 “The restoration of the Anti-Subversion law will merely add to this government’s arsenal of repressive laws. It will add another moniker to the Duterte government’s many labels against critics and activists. From destabilizers, demons, enemies of the State, terrorists, here now comes the newest recycled label: subversives. All these serve the same goal – to legitimize repression and box critics into dangerous labels that lays down the pretext for state forces to persecute them,” said Karapatan vice-chairperson Reylan Vergara.

Vergara also said in a statement that the proposed measure will only serve to further violate the national and democratic rights of the people and will thus incite the broad masses of the people to rise up.

Department of Interior and Local Government (DILG) Secretary Eduardo Año reiterated his call for the revival of the anti-subversion law to counter the recruitment of communist rebels among Filipino youth.

Año made the proposal during the Senate’s hearing on amendments to the anti-terrorism bill on Tuesday, August 13. The DILG issued a statement today saying the secretary stands by his proposal.

“In retrospect, the repeal of the Anti-Subversion Law in 1992 may have been a mistake because the Communist movement gained momentum in many areas and it grew bolder with the support of legal front organizations in urban areas from where they derive logistics, funding, source of cadres, and other forms of support,” said Año.

Vergara said, “The Duterte government and his cohorts will try to slyly legitimize this, but when all else fails, Duterte is waiting to formalize a nationwide martial law.”

In a statement, the fisherfolk group Pambansang Lakas ng Kilusang Mamamalakaya ng Pilipinas (PAMALAKAYA) said anti-subversion law contravenes the basic principles of the constitution that recognize the people’s rights to freedom of speech, assembly, and to organize.

“Año’s dangerous proposal would heighten political repression and vilification campaign against legal and democratic organizations that advocate for genuine change and social reforms. It is a direct attack to the patriotic spirit among the Filipinos, as well as to the political opponents of the administration,” Fernando Hicap, PAMALAKAYA National Chairperson said in a statement.

PAMALAKAYA said the move may be used to dampen protests and criticisms on China’s incursions in the Philippines.

“Criminalizing the dissent in the midst of this direct foreign aggression and occupation of our territory that a people’s resistance is of the essence? China will clearly benefit from this because broad movements that uphold national sovereignty and territorial rights against Chinese incursion will automatically be criminalized,” added Hicap.

PAMALAKAYA slated secretary Año as the usual “ultra-right, fascist military man” who wants to apply the “ridiculous anti-communist doctrine” that he acquired in the military to a civilian bureaucracy.

National Union of Peoples Lawyers President Atty. Edre Olalia said the talk for the revival of anti-subversion law is a trial balloon– information sent out to the media in order to observe the reaction of an audience—is “part of the worn out mailed fist approach to dissent and divergence of beliefs.”

“It is an excavation of a jurassic idea which has the effect of curtailing freedom of association and political beliefs which are in fact crucial ingredients for democracy to flourish. This draconian measure, together with a menu of other repressive laws and policies, is essentially antidemocratic even if packaged for purportedly salutary ends.,” said Olalia.

As there is yet to see a bill of the measure, Olalia said the bill can be challenged at the appropriate time.

“In the meantime, if not nipped in the bud, dissenters, fiscalizers, critics, activists, and the opposition that up until this time are still giving the narrowing democratic space a chance will have to endure this Damocles sword hanging over their heads, preparatory perhaps to a political guillotine to silence them and make everybody unthinking androids all,” said Olalia.

A measure from the cold war era

RA 1700 was expanded through Presidential Decree (PD) 885 in 1976 and PD 1835 in 1981 during the Martial law years. Those decrees made it a subversive criminal act to be connected, attend a meeting or take part of any group whose aim is to overthrow the government.