Home NEWS Fundamental cause of armed revolution not CPP, communist ideas, but the exploitation... 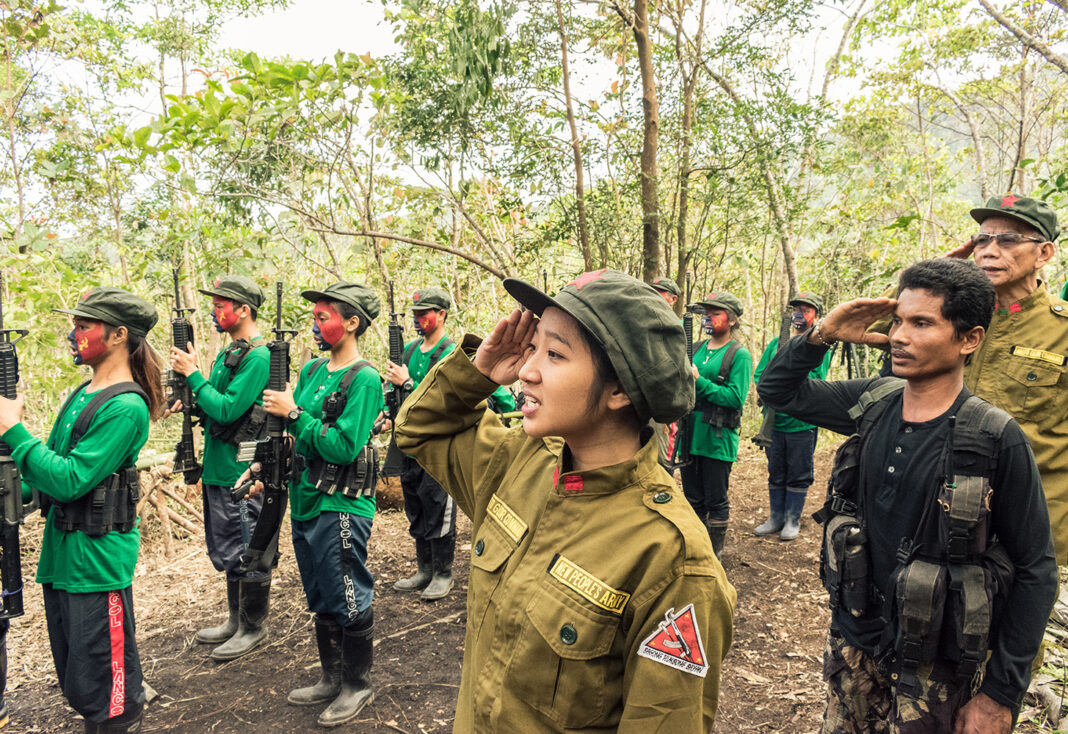 Communist Party in the Philippines (CPP) Founding Chairperson Jose Maria Sison in a statement today that the proposal to revive the anti-subversion law is part of a frenzied drive of the tyrannical Duterte regime to impose a thoroughgoing fascist dictatorship on the people.

Sison said it is part of “a vain attempt to end the armed revolutionary movement as well as the broad legal opposition through red-tagging, harassment, threats, abductions and murders.”

“Contrary to the view of the chief suspect in the abduction and forced disappearance of the young activist Jonas Burgos, the revival of the Anti-Subversion Law will not eliminate the Communist Party of the Philippines and the people’s democratic revolution,” Sison said.

Sison said that the CPP and communist ideas are not the fundamental cause of the 50-year old armed revolution in the country.

“The fundamental cause of the armed revolution in the Philippines is neither the existence of the [CPP] nor the communist ideas of Marxism-Leninism but the exploitation and oppression of the Filipino people by imperialism, feudalism and bureaucrat capitalism in a semicolonial and semifeudal ruling system now lorded over by the tyrant and plunderer Duterte,” said Sison.

Sison said violations of democratic rights under the Anti-Subversion Law will drive more people to further oppose the regime and rise up in arms against it.

The law, Sison said, may also be used as license to violate human rights and can further embolden them to witch hunt, harass, threaten and kill those that they arbitrarily list as “communists” among the critics of the regime and the people in general.

“Such law can result in bigger mass murders than those perpetrated under Oplan Tokhang and Oplan Kapanatagan,” Sison said.

Communist witch hunt also did not also deter Sison and the youth in his time from studying communist ideas.

“Whenever the great anti-imperialist and patriot Senator Claro Mayo Recto was castigated as a communist, I became even more inspired to study the theory and practice of Marxism-Leninism and learn how to apply the theory on the concrete conditions of the Philippines,” Sison recounted.

“When the anti-communist witch hunt was carried out by the Committee on Anti-Filipino Activities (CAFA) from 1959 to 1961 in order to suppress academic freedom with the use of the Anti-Subversion Law, we the students and teachers of the University of the Philippines stood up for academic freedom and all democratic rights,” said Sison.

Sison recounted they organized 5,000 protesters that scuttled the anti-communist witch hunt on March 15, 1961. A major part of the demonstrators flooded into the CAFA hearing hall and put a stop to the proceedings.

The CPP Information Bureau also believed that the revival of anti-subversion law will only foment dissent.

“Given the propensity of Duterte and his military officers to accuse people of being communists or associated with the Communist Party of the Philippines, the revival of the anti-subversion law, as proposed by DILG Sec. Eduardo Año, will only result in military and police abuses and violations of democratic rights far worse than what we have already experienced in the past three years,” said the CPP in a statement.

IN PHOTOS: ABS-CBN employees and supporters hold another noise barrage

IN PHOTOS: Teach-in on the anti-terrorism law as calls to junk...