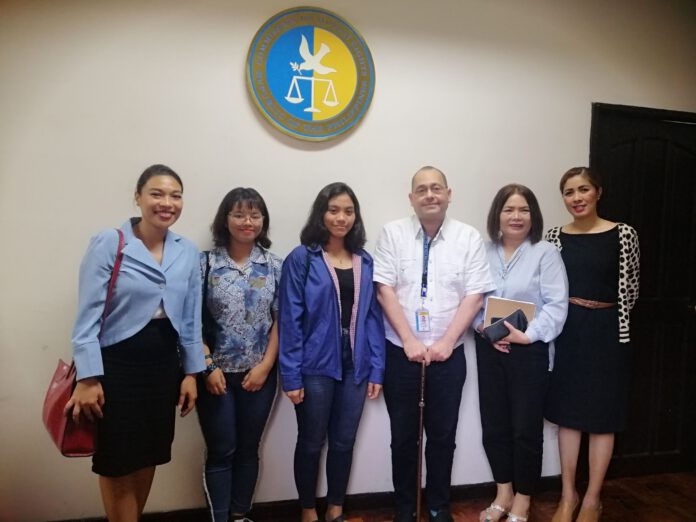 The meet-up with the members of the press was done as a response to Senator Bato Dela Rosa’s Senate Resolution Number 38 (SRN 38), a probe on missing youth activists allegedly recruited by fronts of communist groups. Progressive youth groups blasted the red-tagging and the ‘kidnapping’ and ‘brainwashing’ claim, asserting that showing dissent does not mean brainwashing and inciting insurgency.

The two met also with Commission on Human Rights Chair Chito Gascon that day to seek  assistance regarding the security of the members of their organizations in light of SRN 38 and other moves that has since came about in the “Saving Our Youth” scheme, purportedly instigated by members of the Department of Local and Interior Government (DILG) and elements of the Armed Forces of the Philippines (AFP).

‘Not missing at all’

Caalaman and Lucena, along with three other youth activists’ ‘disappearances’ first generated a discourse online following their mothers’ posts last July in ‘Saving Our Youth’, a Facebook page reportedly posting about disappearance of activists and linking them to communist groups.

In an interview, Caalaman narrated how she would see her mother and family regularly even while she is committed to her work as an activist of Kabataan Partylist Metro Manila (KPL MM). 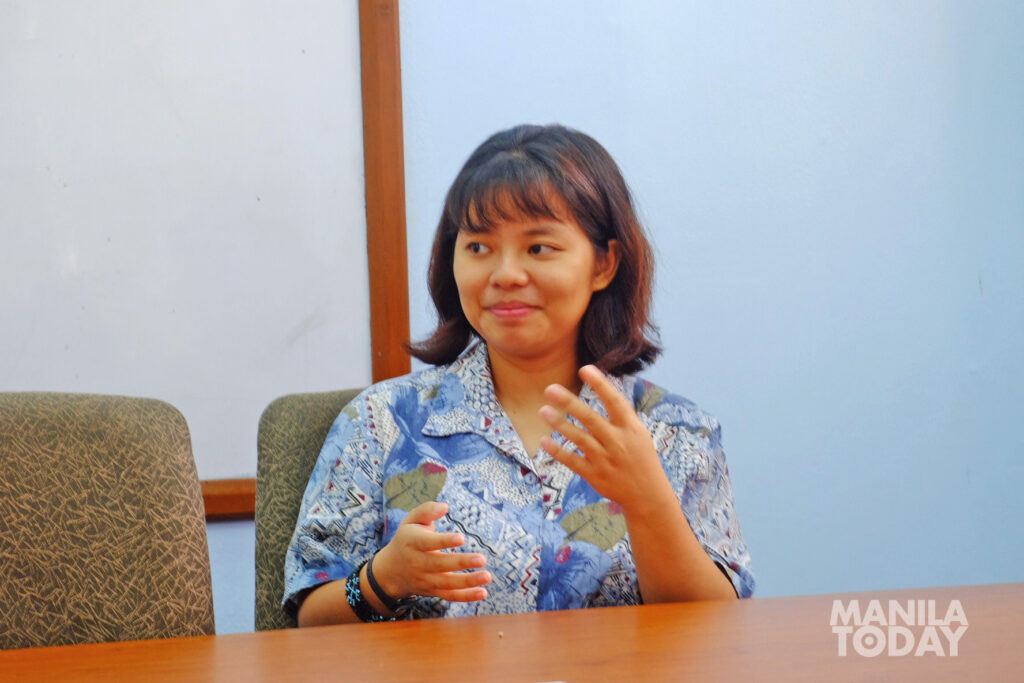 [“I was shocked when she posted [about me and] said that I was missing since October 2018. I regularly go home. I even went home last July 2, which was my birthday.]

Caalaman also said she went home for mother’s day in May, to turnover her crown in her village beauty pageant in June and even a few times after her mother has appeared on television claiming she is missing.

She also claimed that she noticed a change in her mother’s demeanor prior to her mother’s attendance at a local barangay forum about ‘terrorism’ which tagged progressive youth groups as legal fronts of insurgent groups.  The forum, Caalaman found out, was a forum held by the DILG.

Caalaman also clarified that contrary to her mother’s claims that she dropped out of college, she was only able to finish her Senior High School at Polytechnic University of the Philippines in 2018. Prior to becoming a member of KPL MM, she was working different jobs.

[“I am not a [college] drop out. I was able to finish Senior High school before I was recruited. My papers for college were not yet processed so I worked momentarily, but I stopped working because of the difficult working conditions. That’s when I joined KPL. I joined my organization voluntarily. I was of the appropriate age as well. I joined my organization because I want to help enlighten my fellow youth and help them be critical of what is happening in the society,”]

Lucena, for her part, expressed that she joined Anakbayan because she wants to learn more about the society. Her decision to leave home was brought about by her personal issues with her family.

Both have denied brainwashing by their organizations, a claim that has been alleged by Senator Bato on his SRN 38, first introduced last August 7, 2019 in a hearing of the Committee on Public Order and Dangerous Drugs. SRN 38 aimed to probe the disappearance of ‘minors’ who were recruited by progressive youth organizations.

On the second Senate hearing on Wednesday, August 14, 2019, guests introducing themselves as ex-rebels from the New People’s Army have manifested that they were members of the aforementioned youth organizations before becoming rebels. The claims of these ex-rebels were refuted by the youth groups.

‘Another attack on the youth movement’

“For Senator Bato Dela Rosa to insinuate that Anakbayan kidnaps the youth and even allude to brainwash them to leave their families are nothing but insults to the thriving mass movement and an insult to the intelligence of the youth and their ability to think critically and to speak for themselves. With SRN 38, Dela Rosa feasts on family problems, intimidates school officials and teachers to try to use them to keep the youth from becoming socially-aware. While making a spectacle of all these, they are slyly trying to run over our democratic and constitutional rights to expression, association, and political beliefs among others,” said Mark Fernando, AB-MM’s spokesperson.

The spokesperson also called out the ‘hypocrisy’ of Senator Bato on his measure to save the youth.

“Dela Rosa claims that his measure is to save the youth. How hypocritical of this public official who just a few weeks ago had the gall to say that “shit happens” to explain the death of a three-year old toddler amid drug war operations! If he was really concerned in the welfare of the youth, why does he prefer to muzzle the critical questions that the people raised on the numerous blatant drug war killings, including more than 50 minors? Does he hope to repent for his drug war guilts by pretending to ‘save our youth’?” Fernando questioned.

“Two of the youth activists in question have since clarified on social media and national media that they have not been missing, and that they joined national democratic mass organizations on their own volition. So why lie, AFP? Why silence dissent, when dissent is fundamental to every democracy?” Cruz claimed.

Cruz also pointed out that if there should be anyone who should be accused of harming and kidnapping the youth, it should be the State forces.

“In fact, is it not the military who should be held accountable for the enforced disappearances of student activists like Karen Empeño and Sherlyn Cadapan? Is it not the police who should be castigated for killing Kian delos Santos and more than 74 minors under Duterte’s three-year ‘relentless’ and chilling war on drugs?” Cruz countered.

Caalaman and Lucena, for their part, denied the claims that their groups recruit members to rebel against the government.

[“We are not recruited to become NPA rebels. We study the society to become more critical. We are not brainwashed. We just learned how to be critical in what is happening in our surroundings,”]

‘Stand with the Youth’

Fernando manifested that contrary to the aim of Senator Bato’s SRN 38 to save the welfare of the youth, the probe would only lead to persecution of the youth for their critical and political beliefs.

“With his neophyte move in Senate, he only successfully placed the youth and their mass organizations in showcases of red-tagging or as fodder for fake news circulated by troll farms to experience further political persecution. To allow the State to muzzle youth activism would be to allow it to clamp down on campaigns against landlessness, against lack of job security, for quality education, for the end to senseless killings, and for just and lasting peace that Anakbayan stands for,” Fernando continued.

Meanwhile, Cruz stressed that the conditions of the current society push the youth to become more critical and to deny these constitutional rights prove cowardice on the government’s part.

“With the socio-economic and political exploitation, we struggle with under Duterte and his fascist minions, we are left with the choice to live with diminishing dignity, to perish or to fight.

Duterte and AFP’s whole-of-nation, Oplan Kapanatagan, drug war and vilification of youth activism are acts of pure cowardice. These tyrannical acts themselves become the youth’s recruiter to activism and even to armed rebellion,” Cruz explained.

The groups reiterated that they will not compromise their beliefs even when the government vilifies their advocacies. They also encouraged the youth to continue to become critical and stand for their beliefs.

“We must not allow Dela Rosa, Albayalde or Duterte to succeed in stifling the youth. We call on the Filipino people to stand with the youth! Anakbayan Metro Manila will continue to stand firm with its ideals. As the militant labor unionist Crispin ‘Ka Bel’ Beltran said, ‘If helping the poor is a crime, and fighting for freedom is rebellion, then I plead guilty as charged,’” Fernando ended.