Home CULTURE Fairy tales still require a suspension of disbelief to be enjoyed: a... 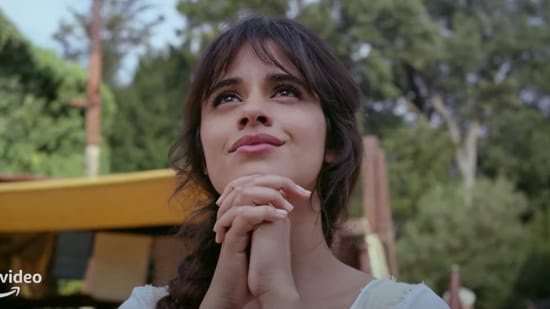 Aren’t we all here for a fairy tale heroine who isn’t a damsel in distress?

The Amazon Prime Video remake of the fairy tale Cinderella gives as a princess not asking to be saved by a marriage to a prince.

The movie had a lot of good intentions, trying to explain glossed over plot lines, issues and characters and subvert fairy tale stereotypes, but was at best disjunct though we wanted very much to believe it.

This is a loose adaptation of the age-old story. The title should have been changed, like how “Ever After” lets us think it is a Cinderella story but not exactly like it. And “Ever After” is a Cinderella-inspired story that has many similarities with the Camila Cabello-starrer version, especially that part about the girl and boy connecting before the fated ball. There are a lot of Cinderella adaptations and this one is bound to be compared to the others.

The new Cinderella is the pop star version library musical – where in mostly extant songs, usually Top 40 selections, were used instead of those made for the story or this film. Not all songs were the best of choices, and many can argue which songs should have been included instead (except for maybe Camila Cabello’s “Million to One” and Queen’s “Somebody to Love”).

That was one of the movie’s challenges, where it could have been easier with a jukebox musical (also how some typified this movie)—where the songs are from one artist, like Mamma Mia or the local Rak of Aegis. When Meryl Streep’s jilted lover character sings “Winner Takes It All” to her one great love, we never saw coming how good that song fitted in that context and scene.

The movie had a lot of smart ideas it tried to explain, but overstuffed them in one fairy tale:

This could have better succeeded if it parodied scenes and tropes typifying outdated portrayal of women in various fairy tales.

This remake gave a lot more air time, albeit underdeveloped motivations and resolutions, for other characters apart from the titular lead. But there are still characters who had no real purpose, like the prince’s posse who were just there to flank him.

And it does not give smart-ass reappraisals on all of the bones we can pick with fantastic fairy tales. Like apart from Cinderella (the skilled dressmaker), the stepmom (talented pianist) and the king (who fought a war), what were all the other characters’ talents and motivations were? What does abdication really mean? If it’s anything like how it was portrayed in The Crown, it could not have been all that pretty like the balcony scene.

Despite the efforts to modernize the story, the protagonist is still a damsel in distress who the story outfitted with having better chances to succeed in life than others like her stepmom. For example, the prince fell in love with her because this is a fairy tale and she is Cinderella. This won’t be a fairy tale or the Cinderella story had she been overlooked.

The movie asserted you have to have talent and enterprise, unlike the original where love has to conquer and see beyond the rich-poor divide. When you have a dream, you can make it come true for yourself—and we like this lesson to be the stuff of fairy tales little girls read. But where is the story situated so we can allow ourselves a suspension of disbelief, if not actually believe it?

The setting fails to identify or be true to itself, unlike “Ever After” being able to define itself as a historical fiction set in Renaissance-era France where it works with the times but subverts norms when it could and should.

Despite Gwendolyn’s role having a wonderful outcome, it was really due to the lack of other choices.  She wasn’t a choice for being the better choice, but was a matter of succession. It was not the fruit of copious efforts and transcendence, like the 2019 live-action movie Aladdin where the Sultan named Jasmine sultan, and no longer required her to marry a prince who will become the sultan as per tradition. There was not even a sister princess in other versions of Cinderella, so Gwendolyn lurking for a plot twist is convenient for the resolution of the prince and Ella’s love story.

And it eventually got lazy with some plot points in the end, like what now would a prince do as companion to a queen’s dressmaker? The movie has to answer that, but until then we say that feminism is not exactly emasculation.

While it aimed to make plot points realistic, the story is still a fairy tale, and with just a random small act of kindness instead of a life of secret guardianship meriting a fairy changing the fate of the heroine. (It wasn’t as if she was fond of all animals when she only petted rats and then a caterpillar?) But watch this movie if you want to see Billy Porter in all fairy godmother glory.

Also, if you are looking for fantasy amid the deluge of rains, news of politicians announcing their aspirations for the 2022 elections and COVID-19 cases increasing, go ahead and watch it.

There is a storm outside and a lockdown and there are lots of good musical numbers and good acting in the movie, so suspend your disbelief and watch it.