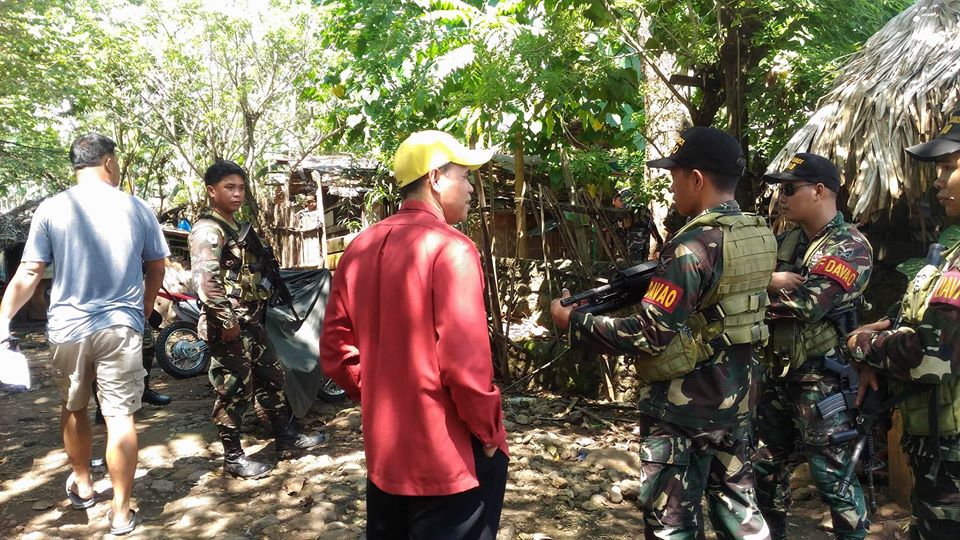 “The arresting officers and personnel can be held liable for illegal, arbitrary arrest, detention, damages and other charges,” said Olalia.

Philippine National Police Chief Ronald Dela Rosa told reporters at Camp Crame in an ambush interview on Monday that the President has instructed the arrest of National Democratic Front of the Philippines (NDFP) peace consultants.

Dela Rosa said the Criminal Investigation and Detection Group (CIDG) will serve the old warrants against the NDFP consultants.

Olalia also hit the PNP order and logic to re-arrest the NDFP consultants by serving old warrants as a “legal contortion.”

Olalia said that these old warrants are no longer valid.

“Warrants deemed served have been extinguished upon their earlier arrest and after being taken into custody and effective jurisdiction by the courts. [The PNP] Need new valid court order or valid bench warrant to rearrest them. Bail stands unless cancelled, which is not the case,” said Olalia.

Olalia said that the people must be alarmed should arrests on old warrants be allowed to happen, as it would mean even those have posted bail, have been acquitted, served their sentence or pardoned can still be arrested later on the PNP Chief’s logic that old arrest warrants have not been “quashed.”

Olalia had earlier said that “only the courts which granted them temporary liberty by virtue of cash bails, some effective for six months since August 2016 while others rightfully till the duration of the peace negotiations, can act or order whether or not they can be validly rearrested, if at all, and not by the unilateral action of the PNP nor the AFP, much less even by the mere instructions of the GRP President.”

“The NDFP strongly condemns the arrest of Ariel Arbitrario, NDFP Consultant for Mindanao, and his companions, in a checkpoint in Toril, Davao City, today,” said NDFP Negotiating Panel Chair Fidel Agcaoili in a statement sent to the media.

Arbitrario is a publicly-known consultant in the peace talks and is the holder of NDFP Document of Identification Number PP 978542 dated 22 August 2016 that has been duly acknowledged by GRP Chairperson Silvestre H. Bello III on 16 September 2016, the statement also disclosed.

The Joint Agreement on Safety and Immunity Guarantees (JASIG) signed by the NDFP and the Philippine government in 1994 and reaffirmed by Duterte recognized that NDFP consultants are “guaranteed immunity from surveillance, harassment, search, arrest, detention, prosecution and interrogation or any other similar punitive actions due to any involvement or participation in the peace negotiations.”

Agcaoili hit the Philippine government for also violating its own laws and due process.

“Our lawyers have advised us that Arbitrario’s release last August is secured by bail.  Even in accordance with [Philippine government’s] own laws and processes,  Arbitrario´s arrest is in contravention of [Philippine government’s] own rules of procedures as he is claimed to be under the jurisdiction of GRP courts,” explained Agcaoili in the statement.

Kilab Multimedia reported that Arbitrario and his companions Jun Sinday and Roderick Mamuyac were apprehended at Task Force Davao checkpoint in Sirawan Toril at 9am today. They were interrogated by military and CIDG personnel. They were then brought to the CIDG Region XI office for further interrogation, despite the three and peace and human rights group’s assertion on JASIG. Reverend Jurie Jaime of Exodus for Justice and Peace and Karapatan in Southern Mindanao Region led a quick reaction team to Arbitrario’s arrest.