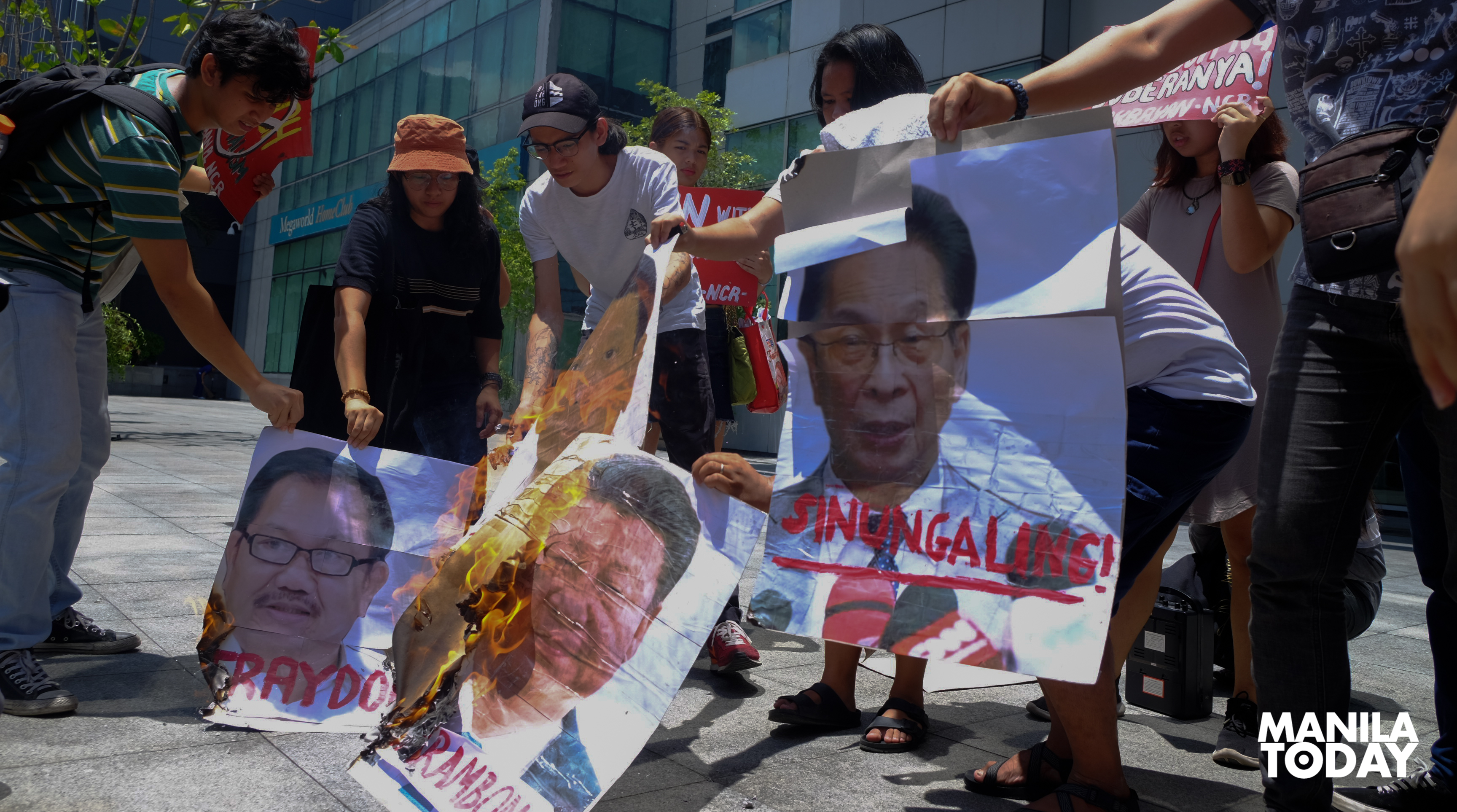 In the quick protest, youth leader Paco Perez blasted the government over its attempts to downplay the recent incidents at the Recto Bank last June 9, wherein 22 fishermen from F/B Gem-Ver 1 were left stranded at sea following a collision with a Chinese vessel.

“We are vehemently condemning the pronouncements of Duterte, most especially in further trampling and disregarding the rights of the 22 fishermen. Duterte chose to stand and support China in its continued aggression and greed to conquer our sovereignty. For him to downplay this as a mere maritime incident is to downplay the reality that this is a clear attack on human rights! Duterte did not choose to stand with his own people, instead he betrayed the Filipino nation! He has the gall to comment that we should not fight because we will only lose. He and his cronies Panelo, Pinol, Lorenzana are cronies of foreign plunderers!” Perez exclaimed.

The youth has set the militant protest as a response to the continuing neutrality exhibited by the Duterte administration, who in a statement last night, even went as far as to express that the Filipino crew should be sorry for their predicament because the Chinese is trying to assert its claim on the Recto Bank.

“Traitors to the Filipino people”

Meanwhile, Mark Fernando, the spokesperson of AB-MM, assailed not only President Duterte, but also Department of Agriculture Secretary Emmanuel Pinol and Presidential Spokesperson Salvador Panelo tagging them as traitors and sellers of sovereignty to plunderer Xi Jinping.

“Duterte’s cowardice is an insult to the Filipino people, who have long been fighting and waging their own resistance against foreign plunderers. The government’s inutile and non-committal response serves only as an invitation for the continued Chinese aggression at the expense of its own people: from favoring Chinese laborers over our own, to further plunging the country in debt due to various, onerous Chinese loans, to fast-tracking projects under the Build Build Build (BBB) program as part of the China deals, and now blatantly disregarding the lives of the 22 fishermen, its own constituents,” said Fernando.

To manifest their anger at the subservience of the Duterte administration and the continuing Chinese aggression, the militants burned images of Duterte, Chinese President Xi, Secretary Pinol, and Spokesperson Panelo in the culminating part of the program.

“There is no hope for Duterte for he is nothing but a lapdog! The Filipino youth calls on the people to fight for our sovereignty! Oust the traitor in Malacanang!” exclaimed Perez. He also asserted that there would be more protests to come.

Fernando echoed the same sentiments, “The inutile regime of Duterte only proves that we can no longer expect help from our own government! The struggle to reclaim our sovereignty relies on our collective action. The regime’s atrocious crimes against the Filipino people will not be forgotten and will be accounted for as we wage the national democratic revolution! It is Duterte who should be sorry when the Filipino people unite to topple his rotten administration!”