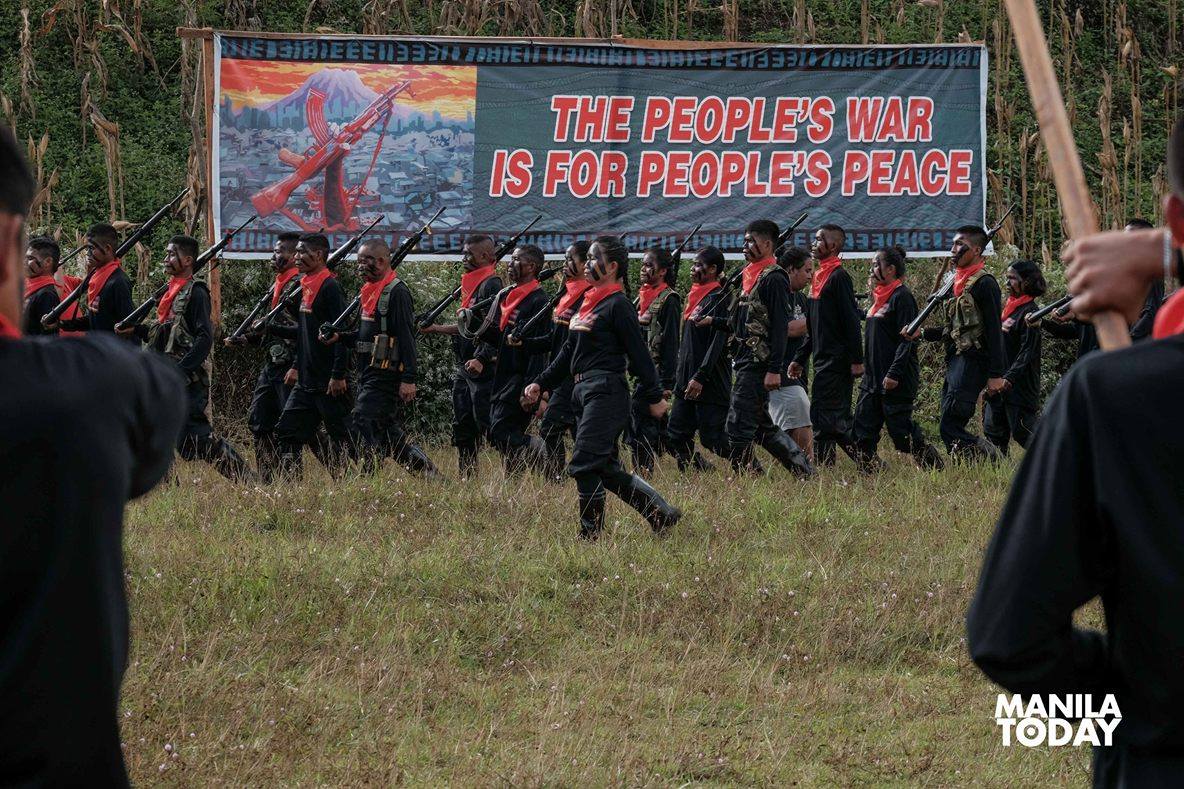 A week after the conclusion of the third round of peace talks between the Government of the Republic of the Philippines (GRP) and National Democratic Front of the Philippines (NDFP), the Communist Party of the Philippines (CPP) Central Committee and New People’s Army (NPA) National Operational Command (NOC) issued a statement on February 1 terminating its August 28, 2016 unilateral interim ceasefire declaration.

“The GRP has not complied with its obligation to amnesty and release all political prisoners under the Comprehensive Agreement on Respect for Human Rights and International Humanitarian Law and the Joint Agreement on Safety and Immunity Guarantees as a matter of justice and in fulfillment of the promise of President Duterte,” Ka Oris cited as one of the reasons for terminating their ceasefire declaration.

According to human rights group Karapatan, there are remaining 392 political prisoners incarcerated in different detention centers in the Philippines. Since the President Rodrigo Duterte administration started, only 21 (17 are NDFP consultants) have been released in line with the peace talks. On the other hand, 32 were released due to the merits of their cases and because of the efforts of human rights groups and the families and lawyers of political prisoners.

Meanwhile, seven political prisoners have already died due to illness while in detention in 2016. One of them, Bernabe Ocasla, died under the Duterte administration.

Read: Release of political prisoners is a life and death matter

The Rodrigo Duterte administration have repeatedly promised to release political prisoners through a General Amnesty Proclamation since last year. The promise is yet to be fulfilled.

“The release of political prisoners is not simply a goodwill measure on the part of the GRP nor is it a precondition. It is a matter of redressing an injustice. It is a matter of compliance with the CARHRIHL. It is also a question of trust, of palabra de honor,” asserted NDFP Peace Panel Chairperson Fidel Agcaoili’s in his closing statement during the third round of peace talks in Rome, Italy on January 25.

Ka Oris said that the Duterte regime failed to fulfill such obligation even though the CPP obliged it by extending the ceasefire declaration to more than 150 days.

Read: The trail of the promise to release political prisoners

“The GRP has treacherously taken advantage of the unilateral declaration of interim ceasefire to encroach on the territory of the people’s democratic government,” cited Ka Oris as another reason for the withdrawal of their ceasefire declaration.

Oris stated that across 164 municipalites and 43 provinces, the GRP’s armed forces have occupied at least 500 barrios which are within the authority of the revolutionary government and continues to operate despite the Suspension of Military Operations (SOMO) and Suspension of Police Operations (SOPO) in line with the GRP’s unilateral ceasefire declaration.

On January 21, while the peace talks in Rome was ongoing, the Armed Forces of the Philippines (AFP) clashed with NPA forces in Makilala, North Cotabato in a military offensive against the NPA. According to reports, eight soldiers from the AFP died while the NPA lost a red fighter.

In a statement, Presidential Peace Adviser Jesus Dureza expressed his dismayal with the CPP-NPA’s decision to lift their ceasefire declaration.

“On the part of the office of the presidential peace adviser, we will respectfully recommend to President Rodrigo R. Duterte that the government continues to maintain and uphold the unilateral ceasefire to sustain the peace in the communities where our people desire to live in peace,” said Dureza in a statement.

However, Dureza said that they will recommend that “government forces continue to be relentless in their campaign to protect the civilians from harm and terrorism.”

Despite the withdrawal of the CPP-NPA’s ceasefire declaration, the revolutionary groups vow to continue to support the GRP-NDFP peace negotiations.

“In our experience and in the experience of other peoples, it is possible to negotiate while fighting until the substantive agreements are forged to address the roots of the armed conflict and lay the basis for a just and lasting peace,” Ka Oris said.

However, Ka Oris stated that they oppose the use of indefinite ceasefires without substantial benefits for the people especially on substantive issues such as social and economic reforms.

“Such is tantamount to the capitulation and pacification of the revolutionary people and forces,” Ka Oris emphasized.

According to Agcaoili, they have formally notified the GRP of the termination of the revolutionary forces’ unilateral ceasefire.

In his formal letter, Agcaoili reminded Bello that they have succeeded in forging 12 agreements during the time of President Fidel Ramos even without a ceasefire declaration.