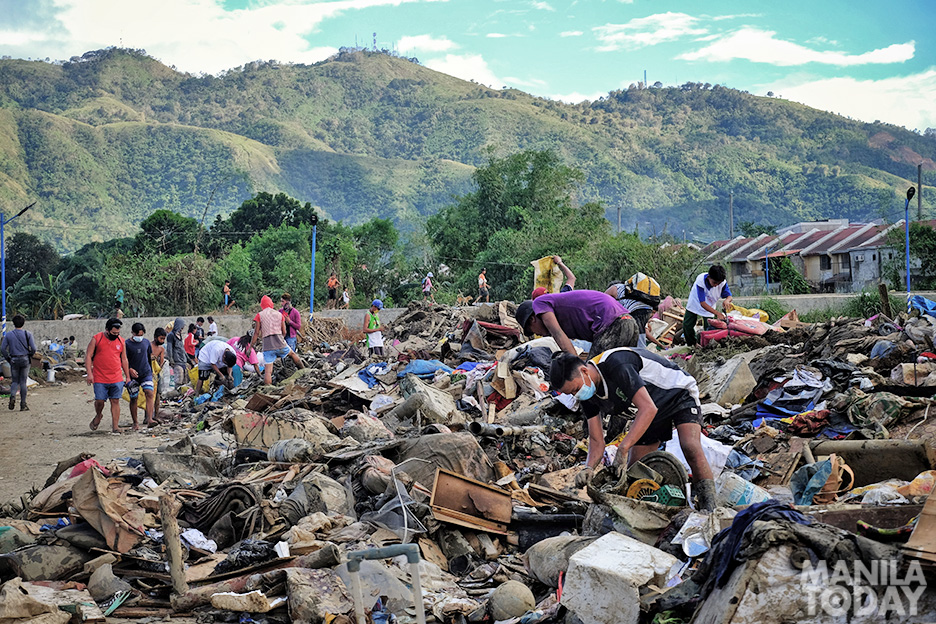 Residents from Dela Costa Homes in San Mateo and Old Rizcon, Sitio Curayao in Rodriguez, both in Rizal province, continue to clean up their homes almost a week after Ulysses left a devastating impact in their area. They aimed for now is to salvage belongings as much as they could. But for most of them, there’s nothing left to return to.

Their communities were among those who sought rescue during the onslaught of typhoon Ulysses on the midnight of November 12.

“We haven’t received any form of help from the government,” a resident lamented.

Only donations from concerned citizens and private institutions have reached them.

How soon they can get their life back may now depend on how fast and how adequate government aid can reach them.