Home PHOTOS A lake of life 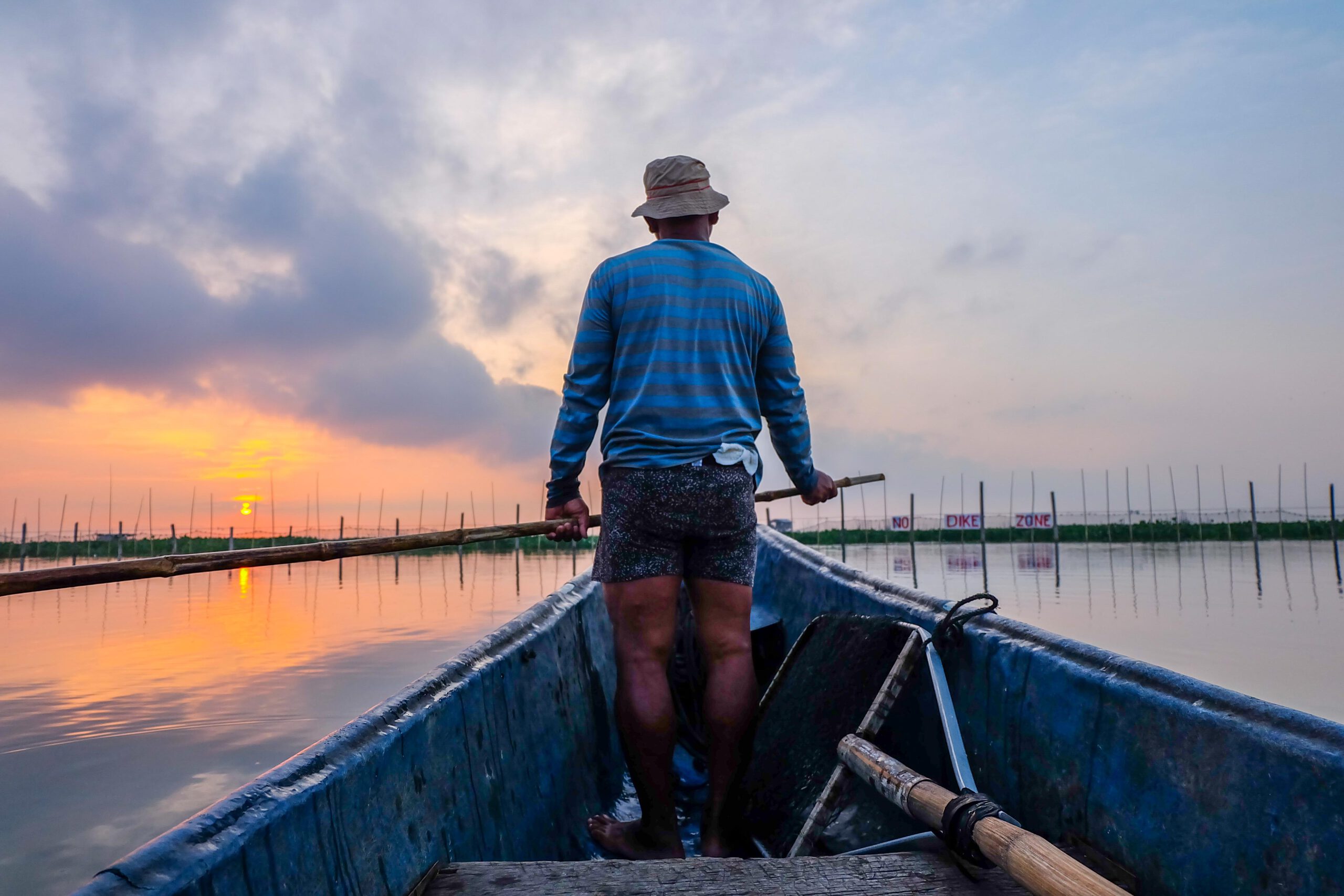 While the city sleeps, on the outskirts of Manila, fisherfolks of Sucat, Muntinlupa are already up. These fisherfolks lug their paddles and nets from day to day, supplying the city and nearby towns with freshwater harvest: milkfish, tilapia, big head, knife fish and a lot more.

The fisherfolks of Sucat draw livelihood from a nearby bastion of aquatic life, Laguna de Bay, the largest inland body of water in the Philippines, and a pool of life that has served as the center of the nearby community’s ecosystem. In order to survive, fisherfolks maximize different methods of fishing – setting up fish traps coined as “baklads,” constructing makeshift scoops out of bamboo and net, or by hauling large nets for a greater catch.

But while up front, this thriving fishing community shows no signs of gloom, the thousand-family-strong community is threatened by the fear of displacement and the loss of their livelihood.

Prior the end of the Aquino administration, a long-standing project, the Laguna Lakeshore Expressway Dike, made waves around town. This construction project, popularly known as the “megadike project,” is one of the country’s largest public-private partnership project that aims to create an expressway and a 47-kilometer dike that will stretch along the coastal area of Laguna de Bay and will run from Bicutan, Taguig to Los Banos, Laguna.

While the project boasts of easing traffic flow and mitigating flooding in the area, it drew flak from geologists and the community out of fear of its potential environmental and social impact.

The P123-billion project, in reality, will reclaim 700 hectares west of the Laguna Lake. Experts pointed out that the move could cause an alarming risk of flooding to nearby communities, as diminishing the size of the lake would trap water in a more compact space, hence an increase in the water level. Experts also pointed out that failure of the dike during a catastrophe could lead to a more serious disaster.

The community, on the other hand, fears that the reclamation could lead to a series of demolition of homes, as talks about relocation began circling the community during the height of the project’s bidding.

The community reiterated its firm stand that they are for the protection of their homes, livelihood, and the welfare of the lake. They even conducted numerous campaigns, marches, and a fluvial protest to express their disdain.

Preisdent Duterte has not manifested strong intentions to pursue the long-standing project. But based on his first State of the Nation Address, the President looks to revive Laguna Lake and transform it into an eco-tourism zone under the helm of his Environment and Natural Resources Secretary Gina Lopez, while not setting aside the welfare of small-scale fishermen. But the project may all be the same only with a new name.

Regardless of the government’s stand, the community remains vigilant in the protection of the Lake they have called home for decades. And it is their cry that alongside the development of the Laguna Lake, the community’s voice be heard, and their welfare be prioritized.

As a local fisherfolk leader cried, “We are as the fishes of the lake. Take us away from the water, and we cease to live.”