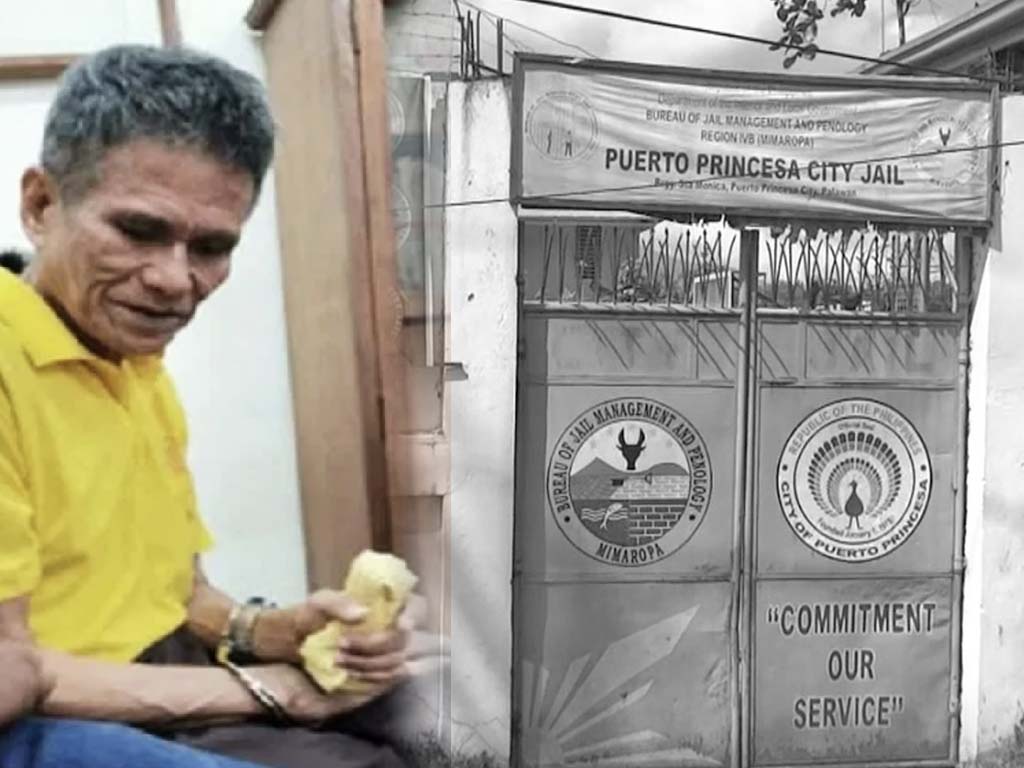 Human rights group Karapatan appealed for the urgent medical treatment of political prisoner Antonio Molina, 66, who is detained at the Puerto Princesa City Jail in Palawan. He was diagnosed on March 24 with abdominal wall sarcoma, a malignant tumor, a type of cancer that arises from transformed cells of connective tissue origin.

The most recent result of his biopsy shows that he has several cancerous, malignant tumors in his body.

“Before it’s too late, and for utmost compassionate and humanitarian considerations, we appeal that political prisoner Antonio Molina be provided with the most needed and urgent medical treatment for his illness,” Karapatan secretary general Cristina Palabay urged.

The counsels of Molina from the Public Interest Law Center (PILC), filed an Urgent Motion for Medical Confinement (Chemotherapy Regimen) on June 30 at the Palawan Regional Trial Court (RTC) Branch 51 which prays for an initial “5-day confinement period to allow for additional laboratory procedures to be done, have enough time to observe his body’s response to the procedure and be able to rest and regain strength after the procedure.”

Palabay said that the court must grant the urgent motion for Molina’s medical confinement for him to undergo a chemotherapy regimen as palliative treatment to reduce the size of the tumor and the pain, as prescribed by his doctor.

“We ask the government to bring him now to the Ospital ng Palawan,” said Fides Lim, the group’s spokesperson on April 29.

According to a medical motion of the PILC filed on April 27, his pain can no longer be relieved by any medication. His bowel evacuation problem has also not been resolved and he now has leg edema.

Lim pushed that the motion should pave the way for Molina’s compassionate release.

“Because his terminal medical condition will require constant medical attention that neither the jail facility nor the government can continuously and thoroughly provide,” explained Lim.

Molina’s health has been worrisome since his arrest. He suffers from diabetes, slipped disc, hypertension, and prostate problem according to Kilusang Magbubukid ng Pilipinas (KMP).

Molina is a member of Katipunan ng Samahang Magbubukid sa Timog Katagalugan (KASAMA-TK). KMP said Molina is a staunch advocate of farmers’ rights for genuine agrarian reform and has spent his life in the service of fellow peasants.

They were documenting human rights violations among heavily militarized peasant communities in Taytay town when they were stopped at a checkpoint. A warrant of arrest for murder was served to Molina which was supposedly intended for a certain Domingo Ritas.

They were made to lie down on the road and brought to another checkpoint where the police insisted that the firearms were confiscated from them.  They were then charged with fabricated cases of illegal possession of firearms and explosives.

The trumped-up murder case against Molina on the basis of an arrest warrant for Ritas is pending before the RTC 164 in Roxas, Palawan.

He had his first check-up in August 2020 and was referred to a surgeon who discovered a mass in his stomach.

This year, an earlier urgent motion was filed by his lawyers in court on March 19 to allow Molina to be brought to the Ospital ng Palawan for proper management of his medical condition and confinement if necessary. He underwent laboratory tests at the hospital but was immediately brought back to jail afterward.

On March 24, it was revealed that the mass in his stomach is a malignant tumor.

Palabay explained he also suffers from sleepless nights due to severe abdominal pain.

Molina has all the right to undergo medical treatment, more so being a political prisoner who was wrongfully arrested and accused of trumped-up charges he did not commit, asserted Palabay.

“This has been the case for many political prisoners, such as farmer Jesus Alegre who was jailed and convicted with his wife and son. Alegre recently died in prison due to illness,” the Karapatan official said.

KMP shared a call for donations for Molina’s medication.