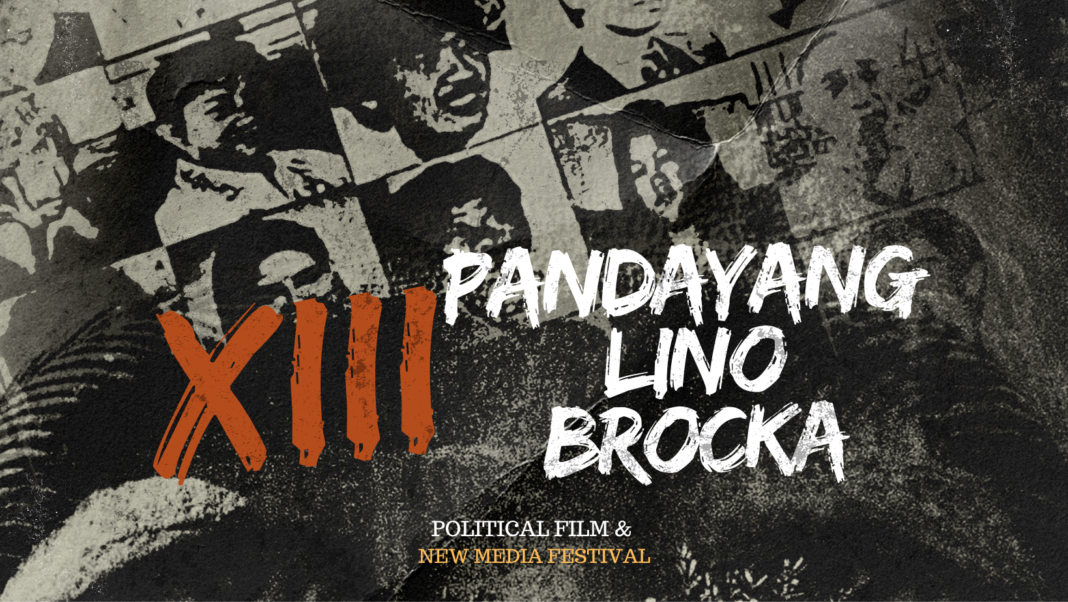 Pandayang Lino Brocka launched its 13th Political Film and New Media Festival last November 13 themed ‘Remembering History’  to challenge independent and critical filmmakers to confront the status quo given the evident state lapses and use their platform to remind Filipino people of their dark history.

[PLB intends to build a network for our local artists and writers to use their talent not only for their own excellence, but also for the excellence of our people]

Bonifacio Ilagan – a multi-awarded and progressive filmmaker and writer, Gawad Plaridel awardee, a First Quarter Storm veteran, and a Martial Law victim was the first to discuss the topic on student activism.

He emphasized the importance of student activism and its relevance to current issues like the 2022 elections, especially now that the Marcoses and Dutertes are trying to return to power.

[Being a student-youth of your generation is the best time to set in each of you your key role in changing your life and the life of the whole people. Do not waste your youth]

His discussion was followed by the screening of the documentary film The Kingmaker.

Discussions on the following days are; Mobile Photography by Nikjo Cunanan and Audio-Virtual Storytelling by Mica Fernando.

On its fourth day, in commemoration of the 17th anniversary of the Hacienda Luisita Massacre, a discussion on News Writing was presented by Anj Manalo. It was followed by the screening of a remastered version of the documentary Sa Ngalan ng Tubo.

Afterward, a roundtable discussion commenced featuring farmers, peasants, and workers from different organizations to remember those who died and struggled while resisting from the hands of those who exploit and oppress. This is also to emphasize that their fight for justice, rights, and genuine land reform has continued until now.