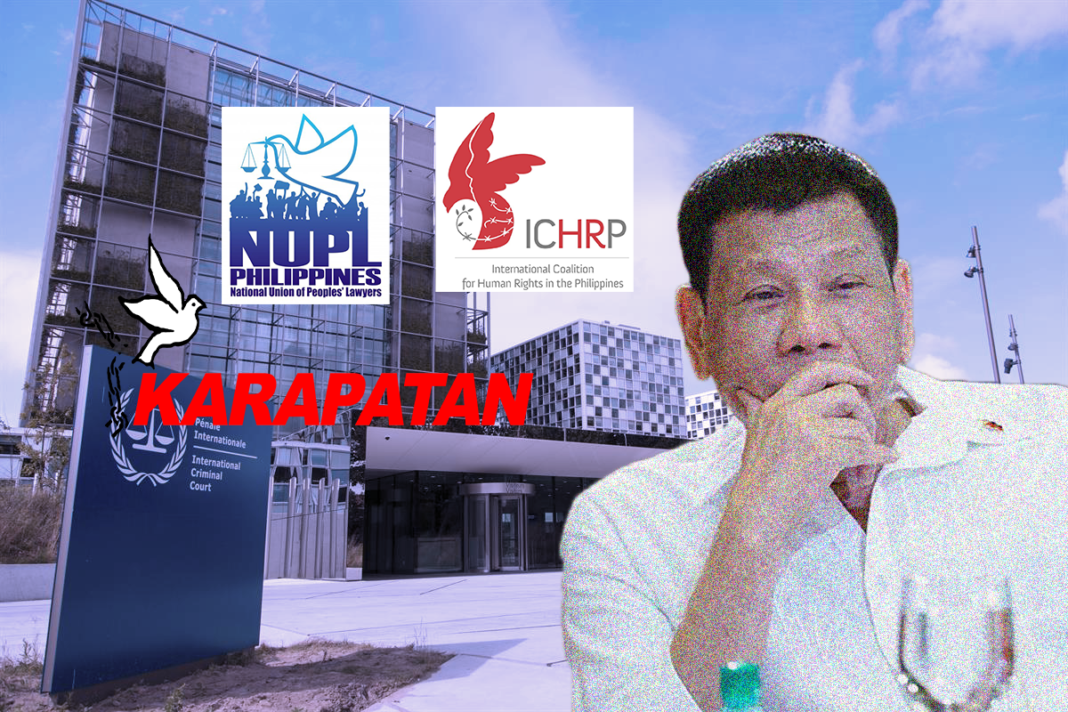 A group of lawyers and human rights defenders expressed their extreme disappointment over the International Criminal Court (ICC) decision to temporarily suspend the investigation on the spate of killings under the Duterte administration’s bloody ‘war on drugs’ campaign and those in Davao City at the helm of the Davao Death Squad (DDS) in 2011 to 2016.

ICC chief prosecutor Karim Khan said that the Philippines sought for deferral request prior to conducting the probe; however, the prosecution affirmed to further assess the scope and effect of the said request.

“Any suspension or delay is an absolute betrayal of those brave individuals who came forward at great personal risk to provide evidence and testimony regarding these alleged crimes,” said International Coalition for Human Rights in the Philippines (ICHRP) chairperson Peter Murphy.

It was the PH ambassador to the Netherlands J. Eduardo Malaya who wrote in the letter claiming that the war on drug bloodbath is being probed and that the domestic mechanisms are operating. Malaya also added that were already 52–out of thousands of cases—being reviewed by the Department of Justice for ongoing preliminary investigations.

Given these claims, the National Union of People’s Lawyers (NUPL) chided on the prolonged and delayed Philippine justice system to hold perpetrators of their crimes against victims who are mostly from poor and marginalized communities.

“This belated action on the part of the Philippine government is nothing but an attempt of white watching its blood-soaked flagship program. It conspicuously excludes the possibility of investigating President Duterte and other high-ranking officials who are most responsible for these crimes against humanity,” said the lawyer’s group.

On the other hand, rights group Karapatan added that such suspension of investigation would make way of the government to continue “killing with impunity (and) with explicit orders coming from President Rodrigo Duterte himself”.

“Duterte and other respondents in the ICC process are not even subjects of investigations in the DOJ’s review. We hope that the deferral request can be seen for what it really is: an attempt to block justice and accountability. The ICC must pursue its investigation into the Philippines and prosecute Duterte for his crimes against the Filipino people,” continued Karapatan secretary-general Christina Palabay

A recap on the basis of probe

More than 30,000 victims of the drug war have been documented by human rights groups and activists but the Philippine government had only acknowledged at least 6,600 killings. In fact, Duterte himself even defended this bloody campaign and said that the people involved in drugs are “criminals” hence their killing is “justifiable. Not to mention the police justified these rampant killings given that they were only practicing self-defense.

But the ICC was able to find an established pattern on Pres. Duterte’s DDS killings up until the heinous drug war which led to the opening of investigation for Hague-based court’s pre-trial chamber on September this year.

Such pattern closely looked into the credibility of police accounts especially in ‘buy-bust’ operations and watchlists that, according to Amnesty International, looked ‘scripted and templated’.

Independent International Commission of Investigation into Human Rights Violations in the Philippines (Investigate PH) had also presented forensic evidence to the ICC of victims with defensive wounds and victims who had been bound before being killed.

One notable case included the 2017 murder of the 17-year-old Kian Delos Santos that managed to convict two police officers.

“The actions taken by the ICC during the last few months had given them that faint glimmer of hope. We cannot take that away from them now,” the NUPL added.

In its nearly two-decade of existence, the ICC has already convicted five men for war crimes and crimes against humanity, all African militia leaders from Democratic Republic of Congo, Mali and Uganda.

Similar to the Philippines, Afghanistan was approved following their request to defer the investigation procedure in 2020. Accordingly, it took more than a year that the ICC through the Office of the Prosecutor to assess the referral request and asked for the pre-trial chamber for resumption of probing earlier this September.