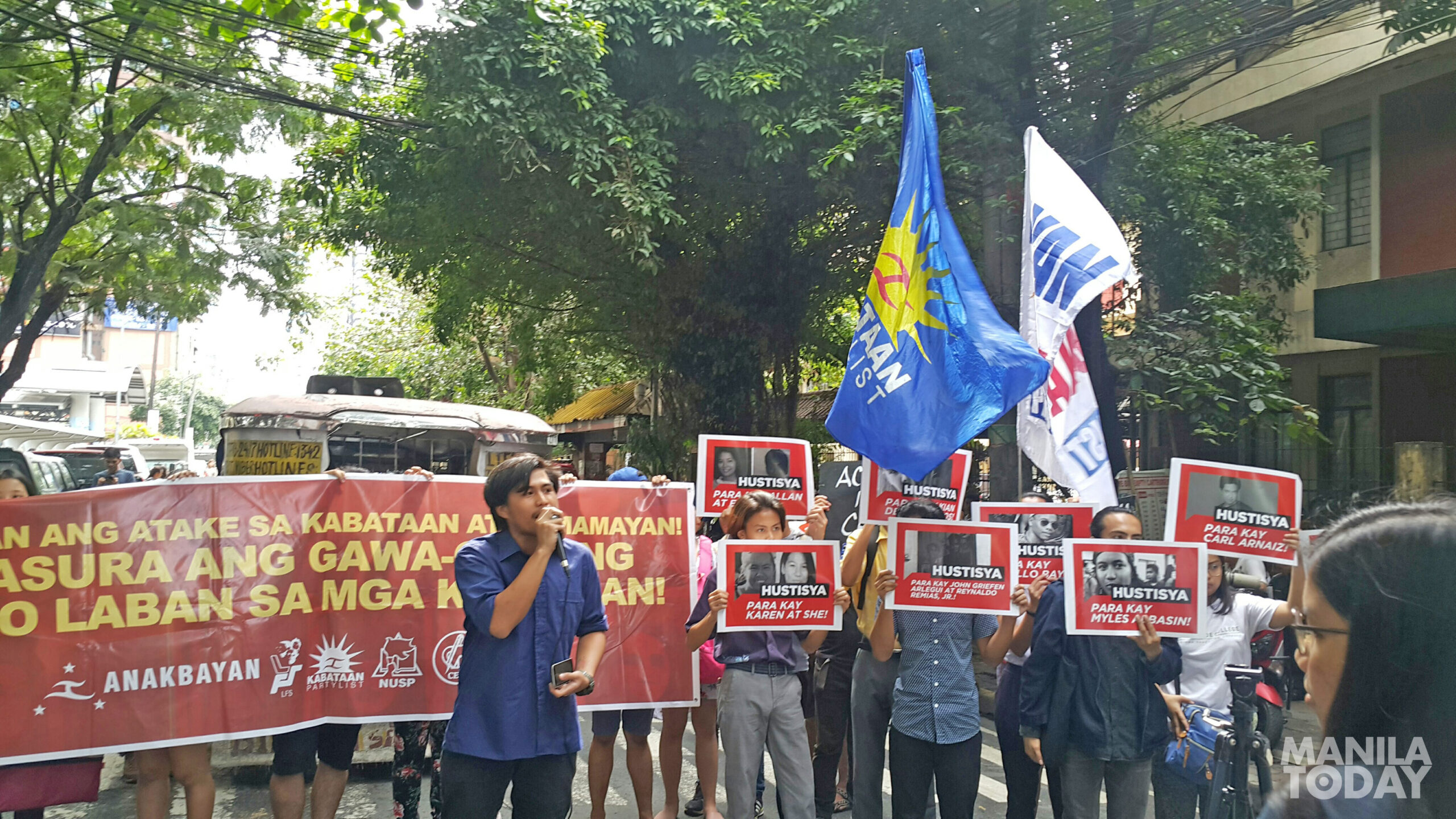 Anakbayan members and officers, together with Kabataan representative Sarah Elago, submitted their affidavit to the kidnapping and child trafficking complaints against them during the preliminary investigation today at the Department of Justice (DOJ).

The case was filed by Relissa Lucena, the mother of Alicia Lucena, a member of Anakbayan alleged ‘missing’ and ‘kidnapped’ by authorities.

“At the preliminary investigation today, Anakbayan respondents submitted Alicia’s affidavit where, in her own words she details abuse in mother’s hands. She refuses to go home, even as she maintains contact with other relatives including her father, until her mother accepts the choices she makes,” Atty. Conti stated in her post.

Meanwhile, during the preliminary investigation inside DOJ, the members of the said youth groups staged a protest to condemn the continuous red-tagging of the youth.

[We conducted a protest today in line with the hearing happening inside the Department of Justice to condemn the trumped-up charges, the vilification of progressive and legal organizations by police and military. We can see that the state is fearful of the strengthening resistance of the youth.] 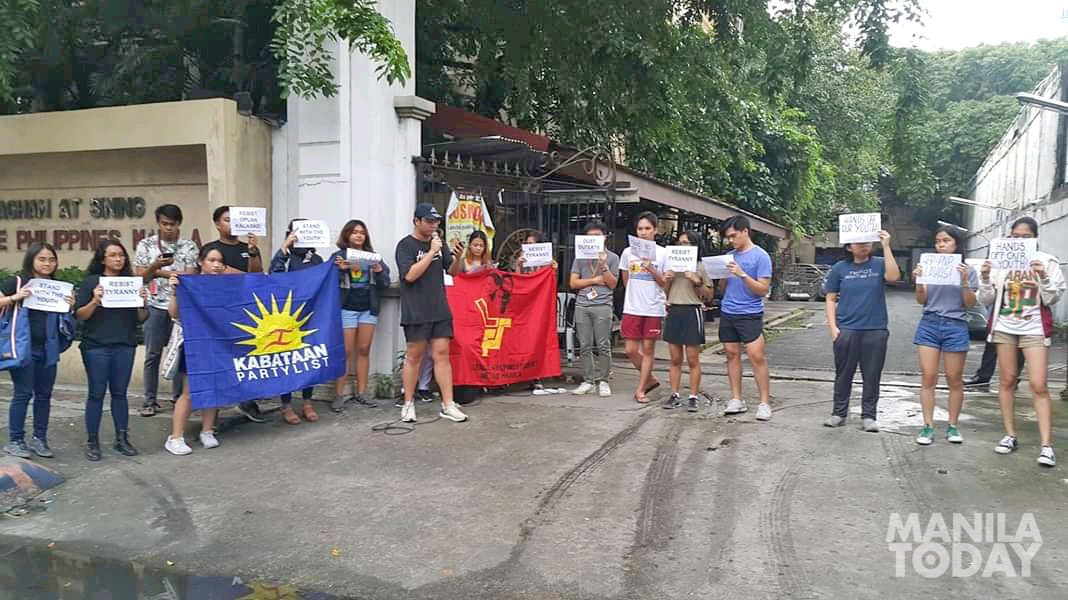 [We saw the posters earlier, the appear to be the welcoming party of the rally of police and military using mothers of youth activists as fronts to coincide with the DOJ preliminary investigation today at the DOJ.]

Impas said that from the message in the posters, the police and military are pushing for schools to declare the youth organizations as ‘persona non grata’ when it is the police and military who are not allowed inside campus premises due to their historical incursions against academic freedom and students democratic rights from the time of Ferdinand Marcos, Sr. and his martial law. 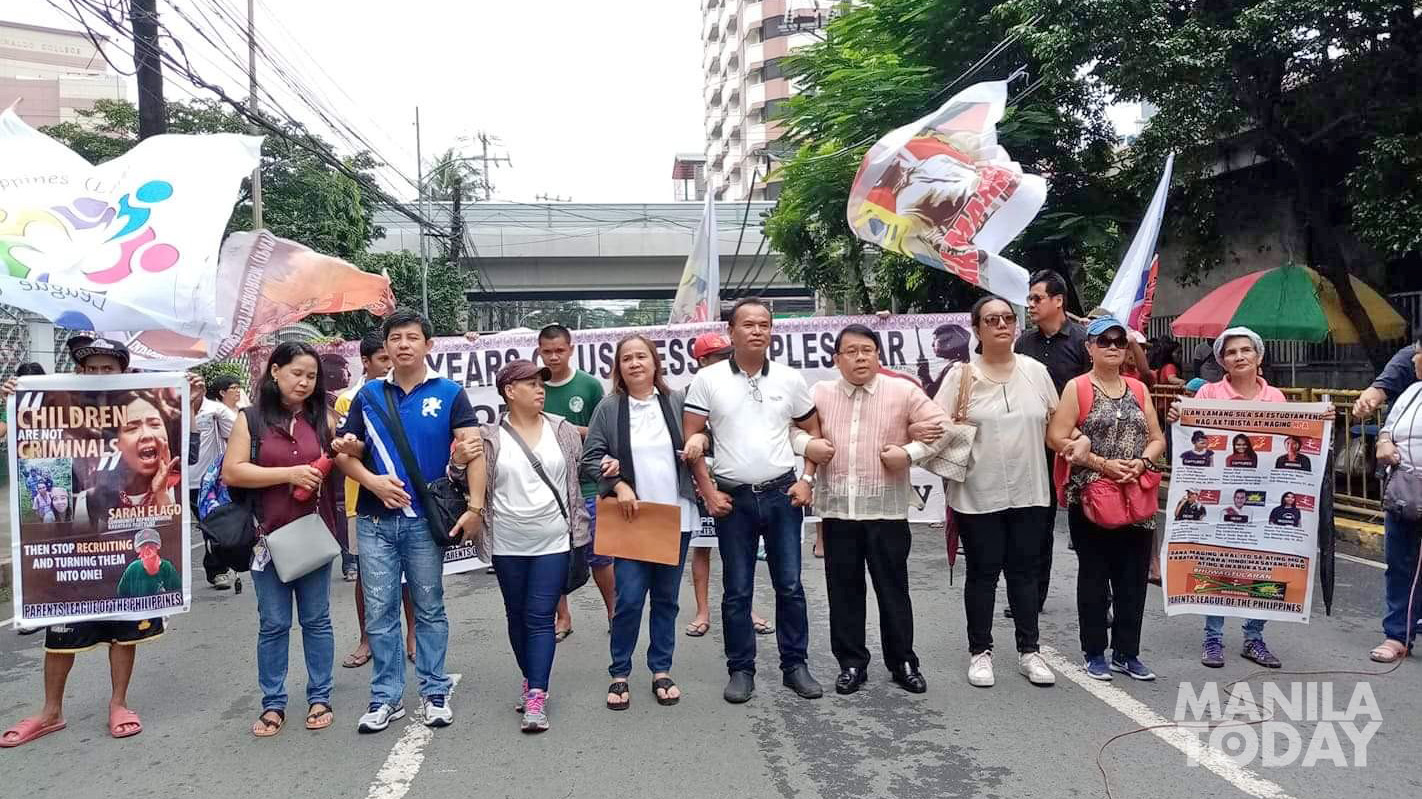 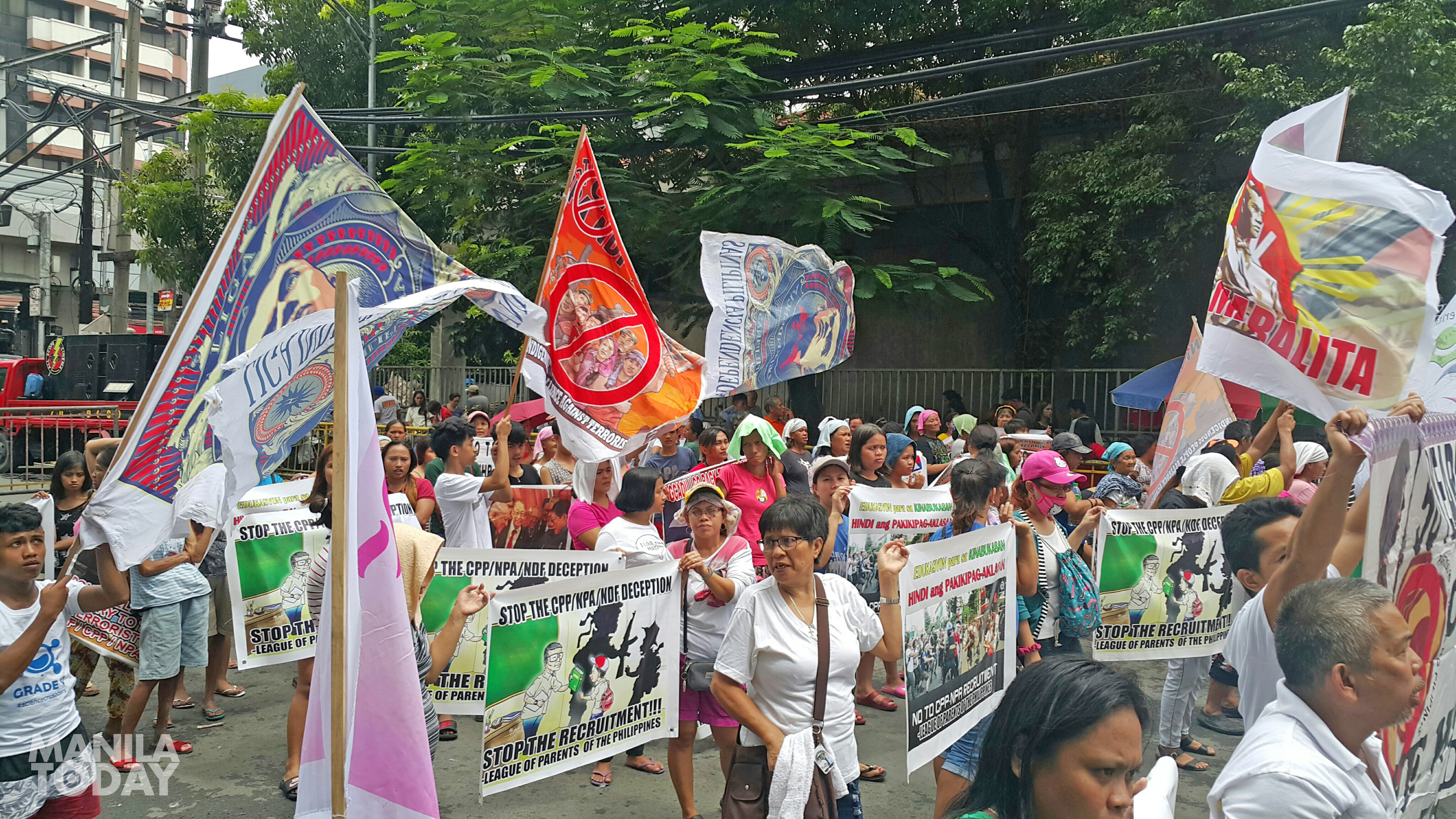 Impas shared that his group observed how the government-instigated ‘Saving Our Youth’ group of parents in Facebook that declared students ‘missing’, ‘kidnapped’ and ‘brainwashed’ by groups like Anakbayan have now converted themselves into a group against youth activism and critical voices called ‘League of Parents of the Philippines’ in their Facebook page or ‘Parents League of the Philippines’ in a streamer they brought to their protest today.

He said this happened after the supposedly missing students gave media interviews to belie the claims of the original group and also after the Senate hearings initiated through Senate Resolution 38 with the title ‘Missing minors who are allegedly recruited by Leftist groups’ filed by Senator Ronald Dela Rosa on July 29.

The parents’ group, in the article about them on the government newswire service Philippines news agency, said that they are aware that activism is not a crime, but expressed dismay on how some activist groups led students to join the communist armed rebellion.

In a later article, posted yesterday, a leader of the group said that mothers and parents should join their cause as the ‘fight against youth activism and communism can be won.’

The Facebook group ‘League of Parents of the Philippines’ or ‘Liga ng mga Magulang’ updated their page description on September 4 to “SOLID SUPPORTERS OF PRES. RODRIGO ROA DUTERTE..GROUP OF CONCERNED PARENTS OF THE PHILIPPINES.”

[The students and the youth will remain critical of the wrong policies of government, specially LFS, as well as against injustices in society old-time prevalent injustices, despite the attacks of government against engaged and active youth.]

The League of Filipino Students will observe its 42nd anniversary tomorrow, September 11. The group started as an alliance and also from widespread protests of students versus tuition increases and the alliance that united them against tuition increases.