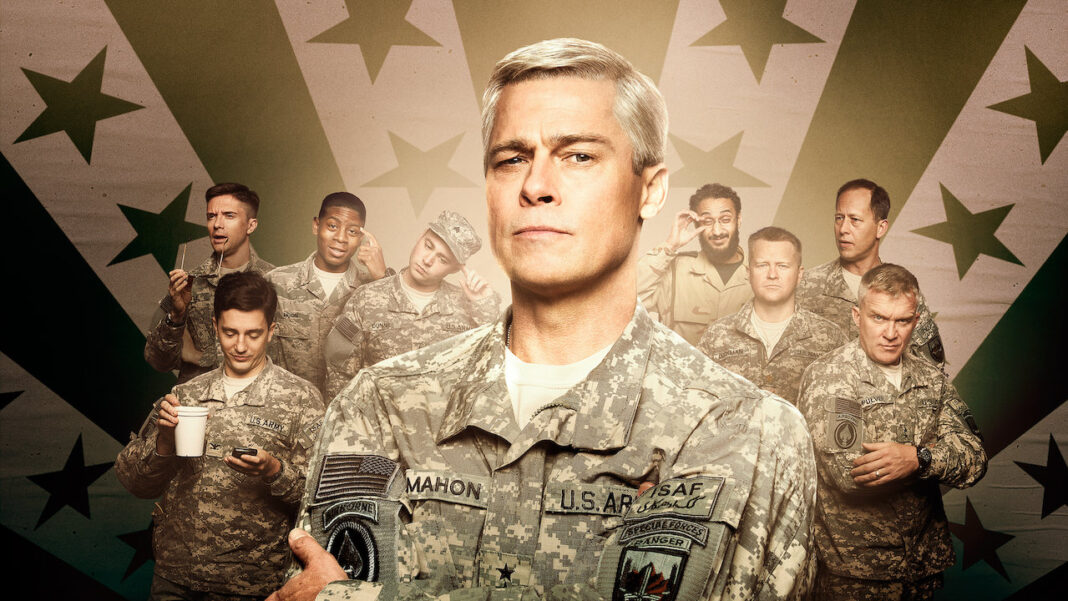 “Ah, America. You, beacon of composure and proportionate response. You, bringer of calm and goodness to the world. What do you do when the war you’re fighting cannot be possibly won in any meaningful sense? Well, obviously, you sack the guy not winning it and you bring in some other guy. In 2009, that war was Afghanistan.”

Those were the opening lines of the David Michôd’s film “War Machine” released on Netflix on May 2017.

The movie was “inspired” by Michael Hastings’s non-fiction work, “The Operators: The Wild & Terrifying Inside Story of America’s War in Afghanistan” and the Rolling Stone article at the nub of the film’s resolution was also written by Hastings.

In the movie, the characters and situations were barely disguised, maybe except for a change of names. While basing on real events, the characters were a caricature of men of war, of generals—those that the movie described as “those who believe they can win the war in the face of all evidence to the contrary” also being the men “who climb to the top of the ladder.”

Brad Pitt’s General Glen MacMahon was brought in to lead the 43-member coalition in the war in Afghanistan to save the situation, not win it, and bring it to a close. He was given a wide leeway, except to not ask for more troops. His own machinations eventually allowed him to gain more troops to bomb and conduct one of the largest operations by that time “over nothing.”

Critics have mixed reviews of the film. Many said the characters were stereotypical, the acting was absurdist and the film was ambiguous and tonally inconsistent, critics unable to typify it: whether it’s drama, a war movie, satire or character drama.

But watching the film with the developments in Afghanistan today in mind, one can see how the narrator (supposedly Hastings in another name) is consistent in its irony and calling out the bullshit from the opening lines up to the end.

The movie poked fun on how US soldiers viewed and treated collateral damage as “errors of great consequence” and how the US trade treaties pushed locals plant heroin instead of cotton. There were war room speeches in all eloquence, battle field speeches delivered in all sincerity and of course, a puppet president (the actual president that time) more troubled with connecting his TV to a Blu-ray player. Even the counterinsurgency playbook from the US COIN was also parodied.

“Insurgencies are impossible to beat so say you’re here to help. Get off bases. Befriend people, while all the time also kill insurgents. Counter insurgency is how you convince people they’re better off with you than with the insurgents”—coached the film’s main protagonist or antagonist, how one may want to see him.

Set in 2009, the film featured the announcement of a planned pullout of US troops within 18 months (but only after a deployment of 30,000 more) under then-President Barrack Obama. This had one war-hungry solider saying that the president practically told the insurgents and Taliban to wait it out. How prophetic that line is today.

Throughout the film, there were several reminders how the war can no longer be won. Again, how prophetic. It was only eight years old then. It dragged up to 20 years, up to a time the US and coalition forces can no longer justify the war or their two-decade presence in a foreign country if there is still such a thing as sovereignty. The Taliban took over on the heels of US pullout.

What it was not able to show or guess, maybe, was how unarmed and ordinary civilians were either constantly under the mercy of foreign soldiers or Taliban. How after US soldiers left, many unarmed and ordinary citizens were not able to see how they can assert on their own the kind of society they want. And so, thousands fled the country as the Taliban took over Kabul mid-August this year.

Tilda Swinton’s Germany representative questioned the request for thousands of troops as MacMahon’s personal ambition. Because the war was taking so long and too many troops despite the original reason being to fight al Qaeda that by then was supposedly reduced to 100 fighters and the coalition fighting battles in over 1,000 villages where people only don’t want foreign soldiers in their villages. In the narrator’s words, “the human cost of all this nonsense.”

Have we not seen and heard all these during the US war on Vietnam before? Even the chopper evacuation photos in Afghanistan were hauntingly reminiscent of US evacuation from Vietnam. Why have we returned to this situation? Either the US simply cannot stop its war machinations or the rest of the world are unable to learn and act on the lessons from the aftermath and the path of US war and destruction. Or both.

War and ego. In wars that are fought by men. The movie is about the ego behind the futility of US war in Afghanistan in particular and US bringing wars to other parts of the world in general. What was Vietnam was Iraq and is now Afghanistan.

The movie started with the recognition of the impossibility of the characters’ mission in Afghanistan: turn around the war or win it. They ended up not achieving their objective in the movie. Also in real life, as we now know that conclusively right now. The Taliban is setting up its government in Kabul as of publishing.

Why make a movie of the characters’ utter failure and inability to change the course of the story?

Maybe because it tells the story of the absurdity of America’s mission to “liberate the sh*t out of humanity,” as was the movie’s catchphrase. Now, that’s a real story that needs to be told.

“In the absence of real soul searching, what do we do? Sack Glen and bring in some other guy,” and the movie came full circle ending with this line. Or history, the real story, coming full circle with the war ending with countless casualties and the US again saving face.