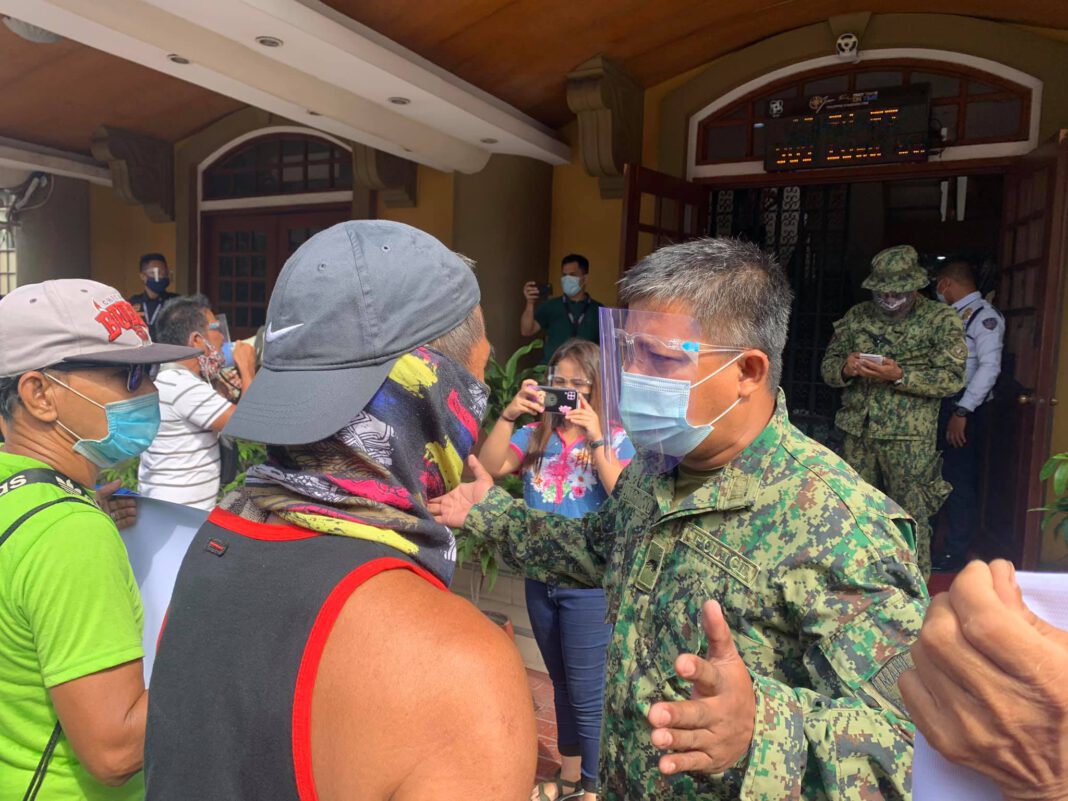 Workers demanding government to provide aid and jobs especially to those displaced by the pandemic and lockdown decried harassment by Manila Police District (MPD) elements following their protest rally in front of Department of Labor and Employment (DOLE) in Intramuros, Manila on September 9.

[Secretary, we are begging you. Talk to us. Your police personnel here are blocking us. Why?]

In a video footage uploaded by Defend Jobs Philippines (DJP), MPD personnel lashed out at some workers saying that the groups have no permit to conduct their rally.

[What are you bragging about?]

[Our demands were very clear in regards to livelihood, aid, and health services.]

According to Magsoy, workers’ rights violations and abuses were rampant even before the COVID-19 pandemic transpired, but has since gotten worse with a survey showing 27.3 million Filipinos were jobless as of July 30.

[Because DOLE’s decision was toothless, Harbour Centre was pressed to lay off its workers.]

On August 24, 2017, DOLE released its decision regarding the complaints filed against Grasials Port Services and Stevedoring Corporation at Harbour Centre Port Terminal, Inc. ordering the regularization of 378 workers and gave money claims amounting P99.89 million for the illegal deduction and underpayment of wages, of 13th month pay, and of holiday pay.

Meanwhile, HCPT workers have remained as contractual employees despite winning the said case in 2017 and received less in settlement claims early this year.

Labor groups condemned DOLE’s ‘incompetence’ to uphold its decision to regularize workers, and yet were suppressed by state agents.

“The protest at DOLE’s office today to demand massive job creation, adequate aid and safe workplaces for our working people nationwide is just and legitimate. Any form of attacks, harassments and suppressions from our police forces and other State agents over our rights to freely express our unified demands will never be acceptable,” DJP said in their press statement.