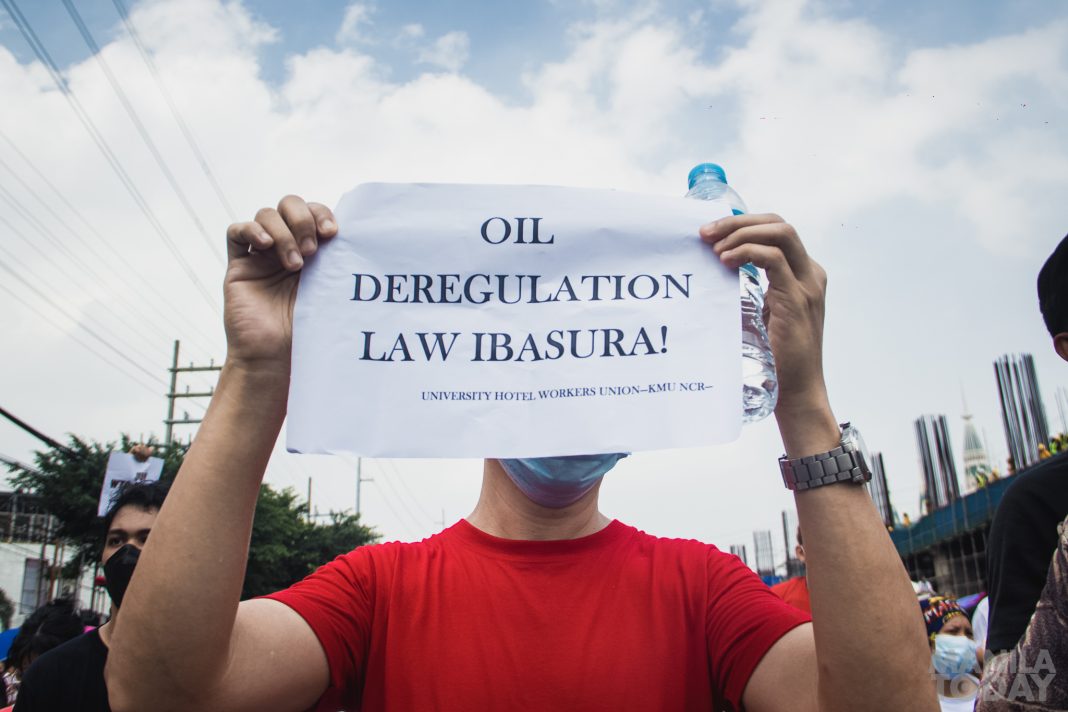 According to Samonte, workers and marginalized sectors appeal for a P203 wage increase given the soaring prices in oil and food products and that their salary would no longer suffice for their daily living.

Manny Baclagon of Confederation for Unity Recognition and advancement of Government employees (COURAGE) seconded and shared that even government workers experience lay-off threats especially when Marcos Jr. administration is intending to “streamline the government”.

The Department of Budget and Management secretary recently announced that it supported the plan of Marcos Jr., projecting that if 5% of the present government workforce were laid off, around P14.8 billion would be saved by the government to be used for more infrastructure projects and social services.

However, COURAGE found out with about 2/3 of the tax collected from our people goes to local and foreign debt payments, corruption, pork barrels of the president, military, and legislators, and useless and corruption-laden government projects.

[That’s why this right-sizing should be stopped. It is always the workers who are facing injustices when problems arise, such situation is different when happened to officials like the senators and Marcos Jr.’s mother Imelda herself who does not pay taxes, but if it us who made a mistake, we will be terminated immediately]