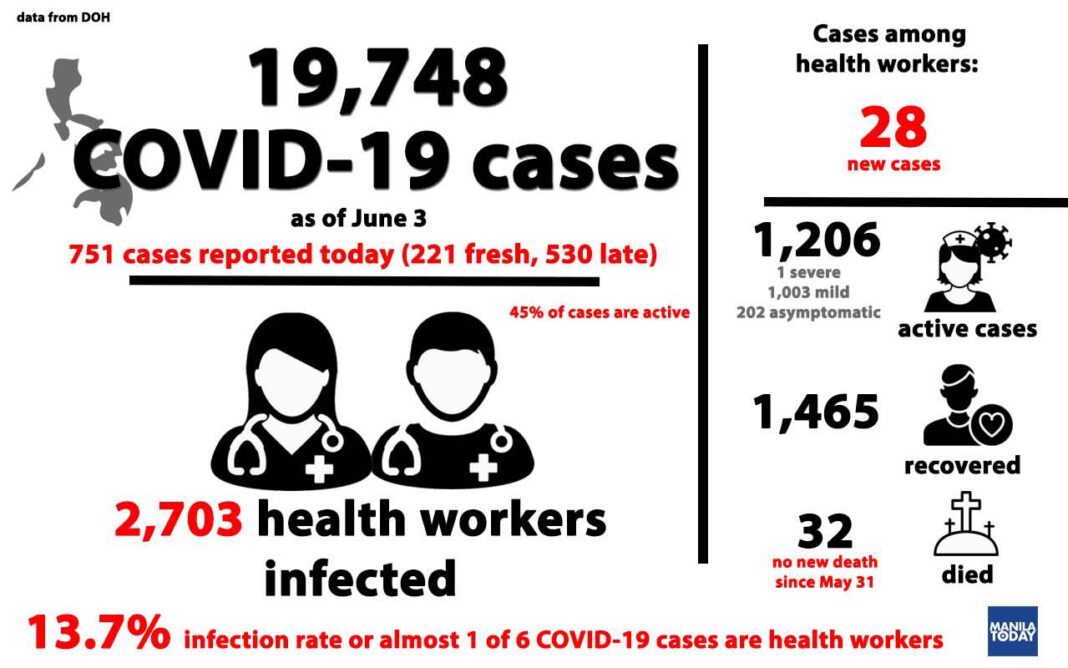 The government announced on June 4 through National Task Force COVID-19 deputy chief implementer and testing czar Vince Dizon that asymptomatic frontliners would now be included in the testing protocols of government, whereas before only the frontliners with severe symptoms or mild symptoms with complications were tested. This is part of the government’s target this month of 50,000 testing capacity per day.

Also on June 4, the Department of Health (DOH) promised to fast-track the delivery of compensation to the health workers who contract severe or critical cases of COVID-19 or those who died. The Senate plenary debates on the extension of additional powers for President Rodrigo Duterte, the Bayanihan to Recover as One bill, revealed that those eligible for such compensation has not received anything since the first set of additional powers, the Bayanihan to Heal as One Act, was enacted more than 70 days ago. Duterte’s additional powers will expire on June 23 and Congress has adjourned sine die or indefinitely.

Of the 2,703 who contracted COVID-19, according to DOH 79 contracted severe or critical cases and 32 died–these are the ones eligible for the compensation. A sum of P100,000 will be given to those with severe or critical cases while P1,000,000 will be given to those who died. With this number, only 4% of the total number will receive a compensation for contracting the disease in the line of duty.