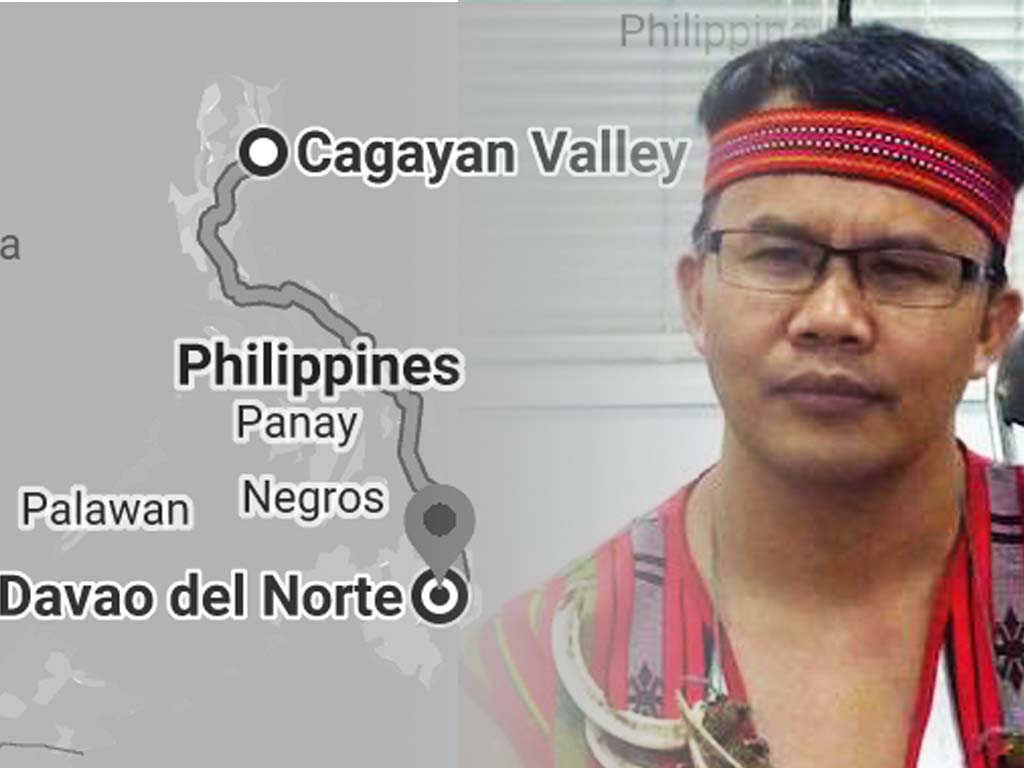 Cordillera Peoples Alliance (CPA)) chairperson Windel Bolinget and five rights defenders were cleared of murder allegations by a Kapalong chief cop due to lack of probable cause following the slain indigenous leader in March 2018. Kapalong is a municipality in Davao Del Norte, Mindanao, all the way to the south of the country.

It was due to a reinvestigation report by the prosecution through Atty. James Noel Morente dated May 24 after a “careful perusal of the records of the case” that they found merit upon dismissing the instant complaint for lack of probable cause.

The murder charge was filed against 11 rights defenders, rooted on the killing of Karadyawan indigenous peoples group member Garito Tiklonay Malibato of Kapalong on March 22, 2018.

However, it took two years before Police Chief Major Ruth Dizon of Kapalong Municipal Police Station to file an official complaint in March 2020. Four months later, the Tagum court then issued them the arrest warrants for murder allegations.

In separate affidavits, the accused respectively denied their involvement in the killing of Malibato and cited their locations during the time and date of murder.

Furthermore, local indigenous groups also pointed out that the paramilitary groups are the perpetrators behind Malibato’s death.

A relative of Malibato said that the Alamara paramilitary group was responsible for the death threats he had received before he was killed.

On the other hand, the case was archived pending the arrest of five other accused.

On January 15, Kalinga provincial police even announced a P100,000 bounty for any information that would lead to the Bolinget’s arrest.

Similar posters were even put up around the CPA’s residence in La Trinidad, Bengue four days after the case dismissal. It was the same day when former Cordillera police director Brigadier General R’win Pagkalinawan threatened of a shoot-to-kill order shall Bolinget fought back against arrest.

According to CPA, Pagkalinawan’s statement only shows the police’s clear intent to kill and silence Bolinget “knowing that the fabricated murder charge won’t hold merit in a court of law”.

On July 22, Pagkalinawan claimed that Bolinget “surrendered” to the National Bureau of Investigation (NBI) in Baguio City. The CPA chair said he sought NBI’s custody and protection so he could defend himself against the accusations.

“Pagkalinawan’s statement is a pretext for the speedy extrajudicial killing of Bolinget before law and evidence will prove that this is a false charge,” CPA added.

Bolinget had also been continuously red-tagged.

In an Inquirer interview with Bayan Muna Rep. Carlos Isagani Zarate, he reiterated that the case against Bolinget was trumped up.

“The [police] should immediately revoke this illegal shoot-to-kill order against Windel … He already issued statements that he will avail [himself] of all legal remedies to get the charges dismissed,” Zarate affirmed.

Bolinget was among the petitioners against the Anti-Terrorism Bill of 2020.

He was also listed among 656 people declared as terrorists under a proscription case filed in February 2018 by the Duterte administration through the Department of Justice (DOJ). The DOJ would pare down the list to only eight people by January 2019. In February 2019, the court said that only Jose Maria Sison and Antonio Cabanatan have “unassailable links” to the Communist Party of the Philippines and New People’s Army.