Home NEWS Roque says UP prediction did not happen for 2nd time, as only... 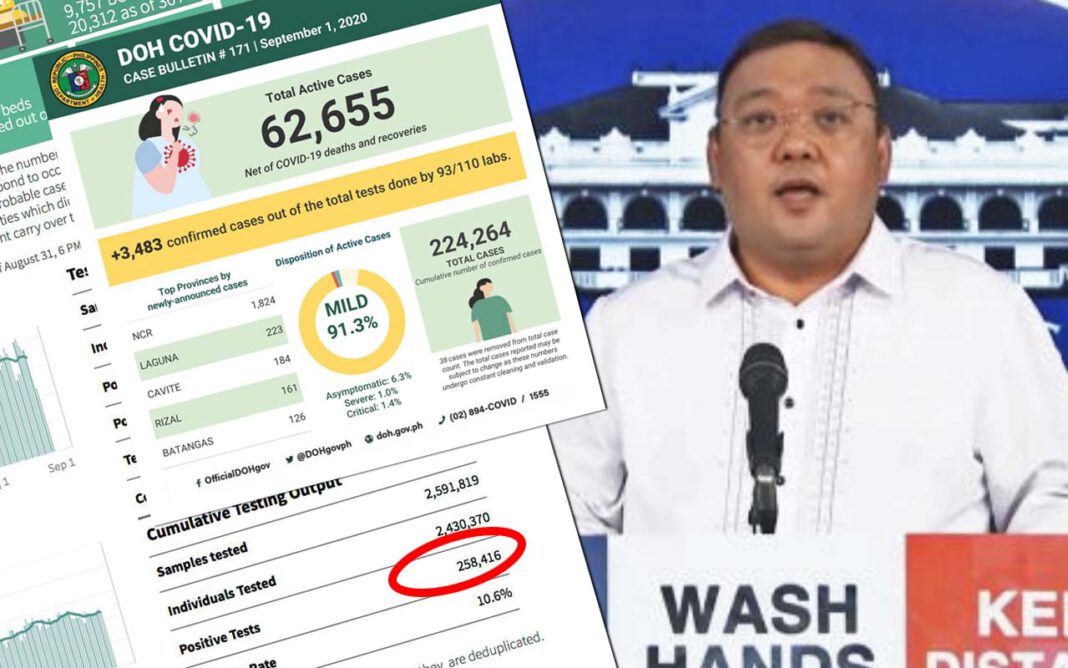 However, the Department of Health (DOH) reported 258,416 individuals have already tested positive as of August 30, in the Philippine Situationer Report published late night of August 31.

There is a difference of 34,152 between DOH-confirmed cases and those who have tested positive.

Aside from ‘beating’ the UP prediction for the second time, Roque said the incubation period has been lengthened to 14 days as the effect of the two weeks of modified enhanced community quarantine (MECQ), from the surge of cases in the month of July.

In President Rodrigo Duterte’s meeting with the Inter-Agency Task Force on Emerging Infectious Diseases (IATF) aired late night of August 31, the new quarantine protocols were announced. Iligan City was placed under MECQ from September 1 to 30, while Metro Manila, Bulacan, Batangas, Tacloban City and Bacolod City were placed in general community quarantine during the same period. All other areas are under modified general community quarantine.