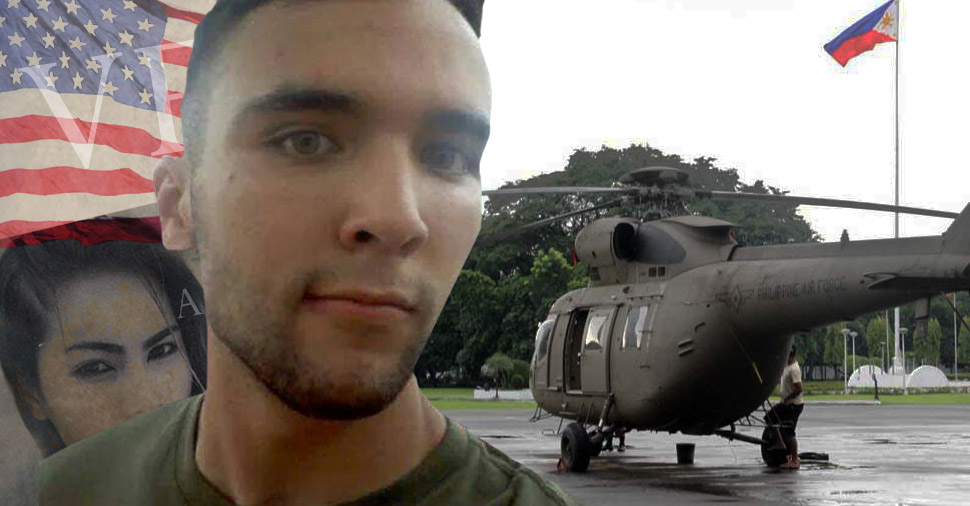 After serving less than six years, US Marine Lance Cpl. Joseph Scott Pemberton who is convicted of homicide for the brutal killing of transgender woman Jennifer Laude in 2014 has been given “absolute pardon” by President Rodrigo Duterte.

The Bureau of Corrections (BuCor) only needs the written order for a go signal to free Pemberton.

“It’s my decision to pardon. Correct me if I’m wrong, but ito ang tingin ko sa kaso. You have not treated Pemberton fairly so i-release ko. Pardon,” Duterte stated in a recorded speech aired Monday, September 7.

“There is a time where you are called upon to be fair, be fair,” the President added.

Pemberton has been detained in Camp Aguinaldo, Quezon City after being sentenced from six to 10 years in jail last November 2015 for killing Laude in an Olongapo City motel room on October 11, 2014.

Olongapo Regional Trial Court granted Pemberton’s appeal for release in regards to his “more than four years’ worth of good conduct time allowance (GCTA)”. However, Laude’s family appealed against the order and questioned the GCTA credits.

Former Laude family counsel then as a human rights lawyer and now Presidential Spokesperson Harry Roque called the impending release of Pemberton, but justified the presidential pardon that would effect Pemberton’s release after Duterte’s announcement. Roque even called it a “judicial overreach,” saying the court encroached on the executive branch’s power to grant GCTA under Philippine laws.

[No more issue/question if he’s entitled to GCTA. The President has erased the punishments imposed to Pemberton. What the President did not erase was Pemberton’s conviction, he is still a killer.]

According to BuCor Spokesperson Gabriel Chaclag, a pardon paper is needed in the initial processing of Pemberton’s release.

[Included are the essential documents which has to be verified, such as the pending cases in other courts and agencies. He has to be fingerprinted, photographed, and compared in the old records.]

Just a day after he was granted an absolute pardon, BuCor has released mugshots and fingerprints of Pemberton, whom head was shaved while wearing a gray t-shirt, prior to updating their records.

Meanwhile, Department of Justice (DOJ) Undersecretary Markk Perete said that the Palace is expected to first give the copy of pardon paper to the DOJ which then will be forwarded to the BuCor.

Usec. Perete asserted that BuCor must initially know if a deportation order has been issued by the Bureau of Immigration (BI) against the convicted killer. If the said order is in place, Pemberton will be in custody of BI. If not, then he will be set free.

Further requirements needed is a National Bureau of Investigation (NBI) clearance and a PCR swab test to ensure that Pemberton has no other charges and is negative of COVID-19 following the health protocol of BuCor against the disease.

BuCor spox Chaclag affirmed that Pemberton will not be given special treatment prior to his release as it will be the same as the release of other prisoners granted of pardon.

Pemberton’s camp did not apply for a pardon, was surprised by it, but got it anyway.

“The usual procedure is for a sentenced person to apply for pardon or parole. the BPP will evaluate the application and submit its recommendation to the DOJ. The DOJ endorses it to the President if everything is in order,” DOJ Secretary Menardo Guevarra explained.

But the president instead exercised his prerogative, Guevarra said, in a “decision solely his own, no one prompted it.”

“The President simply felt that it was not Pemberton’s fault that there was no way of recording his behavior in a military detention center all alone by himself. So, since I stated that granting executive clemency was the President’s constitutional prerogative, 15 minutes into our meeting, the US Ambassador arrived for his farewell call on the President,” Guevarra said.

The pardon being decided and then announced to outgoing US Ambassador Sung Kim as he made his farewell call to Duterte made some think of this as a parting gift to Kim, or a welcome gift to the new US ambassador or a way to balance the gifts being granted by the Duterte government to various countries it aligns itself with.

A day after Pemberton’s release, Defense Secretary Delfin Lorenzana signed the that he has signed a deal with China-backed Dito Telecommunity Corp., which would allow the telco to build cell sites inside Philippine military camps—another issue of sovereignty and security being contested by various groups and sectors in the country.