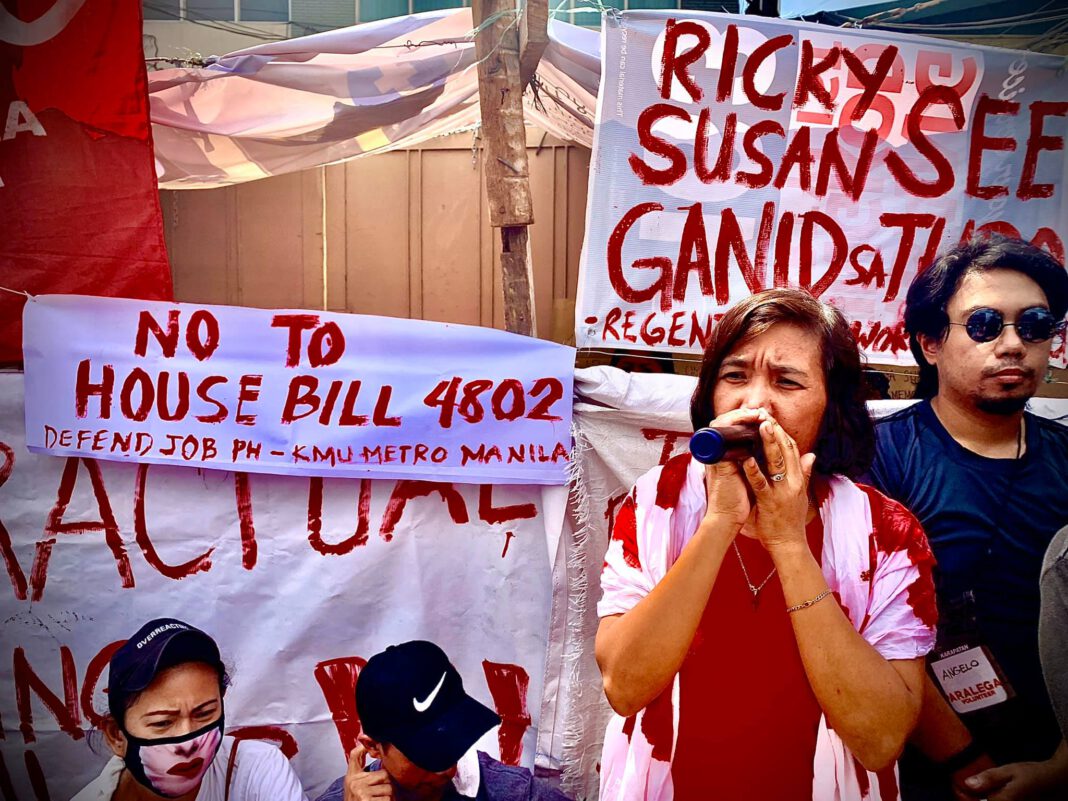 Cudiamat shared their own experience in their company where contractual and probationary workers have been working for the company for 20 years or more, but were still not regularized by their management.

RFWU today held a rally in their picketline in Pasig City to protest the filing of House Bill 4802 or the “Extended Probationary Employment Bill” in the Lower House.

“Singson’s HB4802 will only worsen the non-regularization practices of many companies in the country and will not benefit the Filipino workers,” Cudiamat added.

RFWU filed for notice of strike, charging Regent Food Corporation with illegal lockout, union busting and non-implementation of collective bargaining agreement. They are currently on their second day of strike today in the two production plants in Pasig City and Taguig City.

The issue of non-regularization of workers has been also one of the grievances and basis for their ongoing strike.

Defend Job Philippines said that HB4802 is nothing but “a pro-business and anti-worker policy,” as it “only favors the interests of capitalists while denying the long-drawn aspirations of the Filipino working class for security of tenure.”

“We urge the members of the House of Representatives to junk HB4802 if they are really serious in enacting a law that will ban contractualization, provide security of tenure and institutionalize regular employment for Filipino workers,” said Christian Lloyd Magsoy, spokesperson of Defend Job Philippines.

He added, “For the longest time, employers have been violating the existing provisions on the Philippine Labor Code concerning a maximum of 6 month probational period in order for workers to be regularized.”

Magsoy also scored the statement of Rep. Singson stating that extending the maximum probationary employment period to 24 months would help employers to evaluate more the performance of its employees.

He said, “such statement poses dangerous mindset of our legislators in putting the interests of employers first rather our workers who are the heart and soul in every industry.”