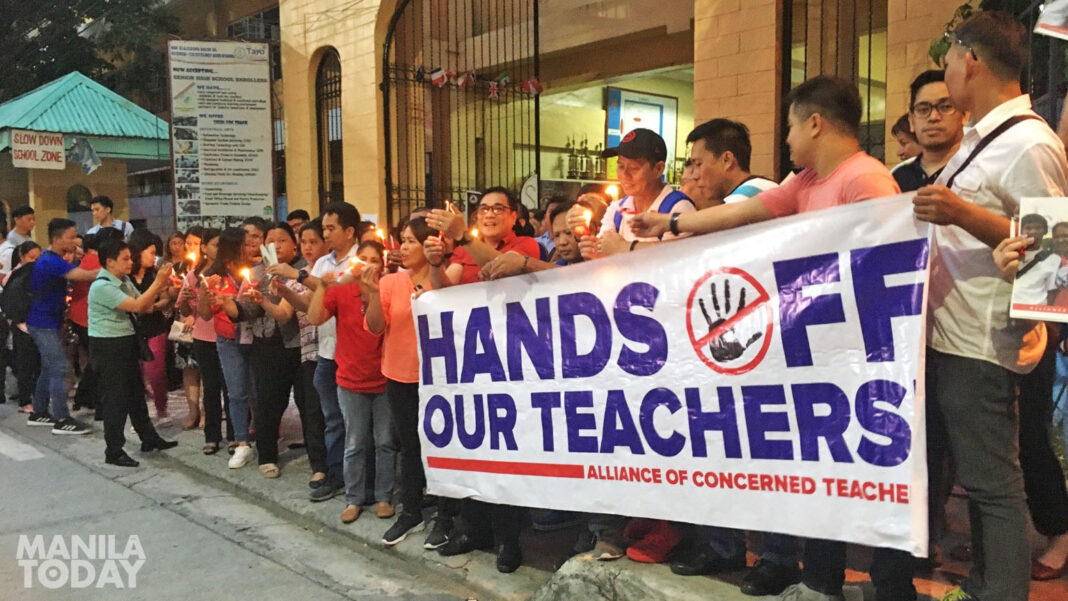 Members of Alliance of Concerned Teachers (ACT) led an indignation rally in front of Don Alejandro Roces Sr High School in Quezon City to condemn the slew of attacks against its members.

On October 15, a member from Act Region X, teacher Zhaydee Cabañelez, 32, and husband Ramil Cabañelez, were gunned down by unidentified assailants inside their classroom in Valencia, Bukidnon. Zhaydee was seriously wounded, and her husband was hit, but managed to escape. The slay try was done in front of Zhaydee’s students.

A day after, on October 16, Digna Mateo, 58, a coordinator for ACT in Central Luzon was arrested by in Marilao, Bulacan.

ACT condemned the continuing attacks and red-tagging against their teachers and called for the government to keep schools as zones of peace.

“The targeted attacks against us—from the nationwide profiling to surveillance, threats, red-tagging, and the worst yet, killing and arrest—is all part of the state’s attempt to quell all forms of resistance from teachers who are fighting for their rights,” said ACT National Chairperson Joselyn Martinez.

“These depraved acts are very reactionary of the huge mobilization of all government employees during the International Teachers Day (October 4, 2019) in Manila. Public school teachers rallying under the banner of ACT showed up strong with thousands of personnel.,” said COURAGE in a statement on October 17.

Aside from the attacks against teachers, Maureen Japzon, a Commission on Elections (COMELEC) employee was gunned down in MacArthur municipality in Leyte on October 15. According to reports, Japzon was shot seven times by riding-in-tandem gunmen in Brgy. San Pedro.

“In the strongest possible terms, COURAGE condemns these attacks orchestrated in the name of counter-insurgency. The Duterte Regime shows its desperation in clinging onto power with its vain attempt in silencing dissent,” said COURAGE. 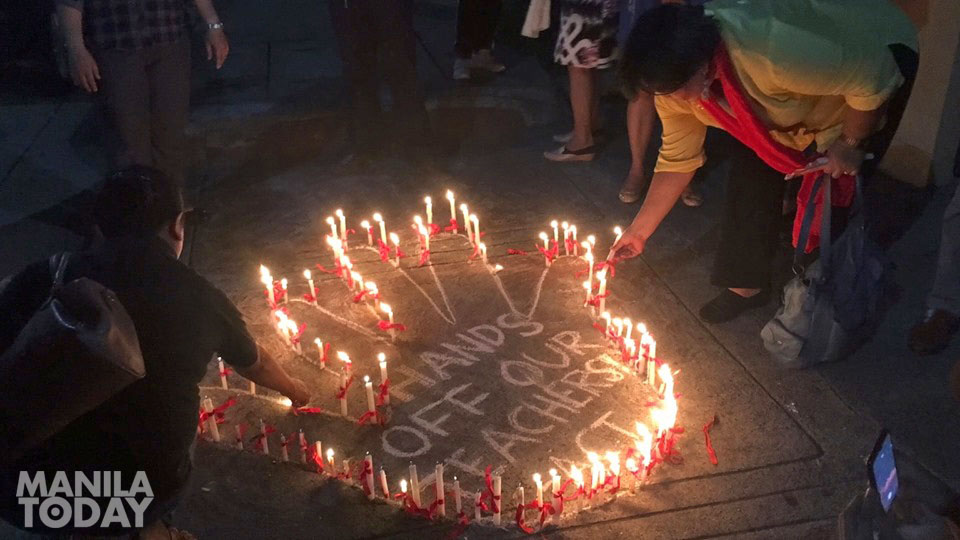 The attacks were also believed to have emanated from the political beliefs, organization or links of the victims and the red-tagging against these individuals that appeared to have turned deadly.

Col. Chito G. Bersaluna, provincial director of the Bulacan Police Provincial Office, identified Mateo as former deputy secretary of the Bulacan provincial committee/executive committee of Central Luzon Regional Committee and was arrested on warrant for the case of murder. ACT, however, called for the immediate release of Mateo and dropping the fabricated cases against her.

Japzon was a National Union of Journalists in the Philippines (NUJP) member and a former correspondent of Bulatlat.com, an alternative online news website. She wrote about extrajudicial killings in the Eastern Visayas region when Gen. Jovito Palparan, also known as the ‘Butcher’ to human rights activists, was assigned to the region in the time of Gloria Macapagal-Arroyo’s presidency.