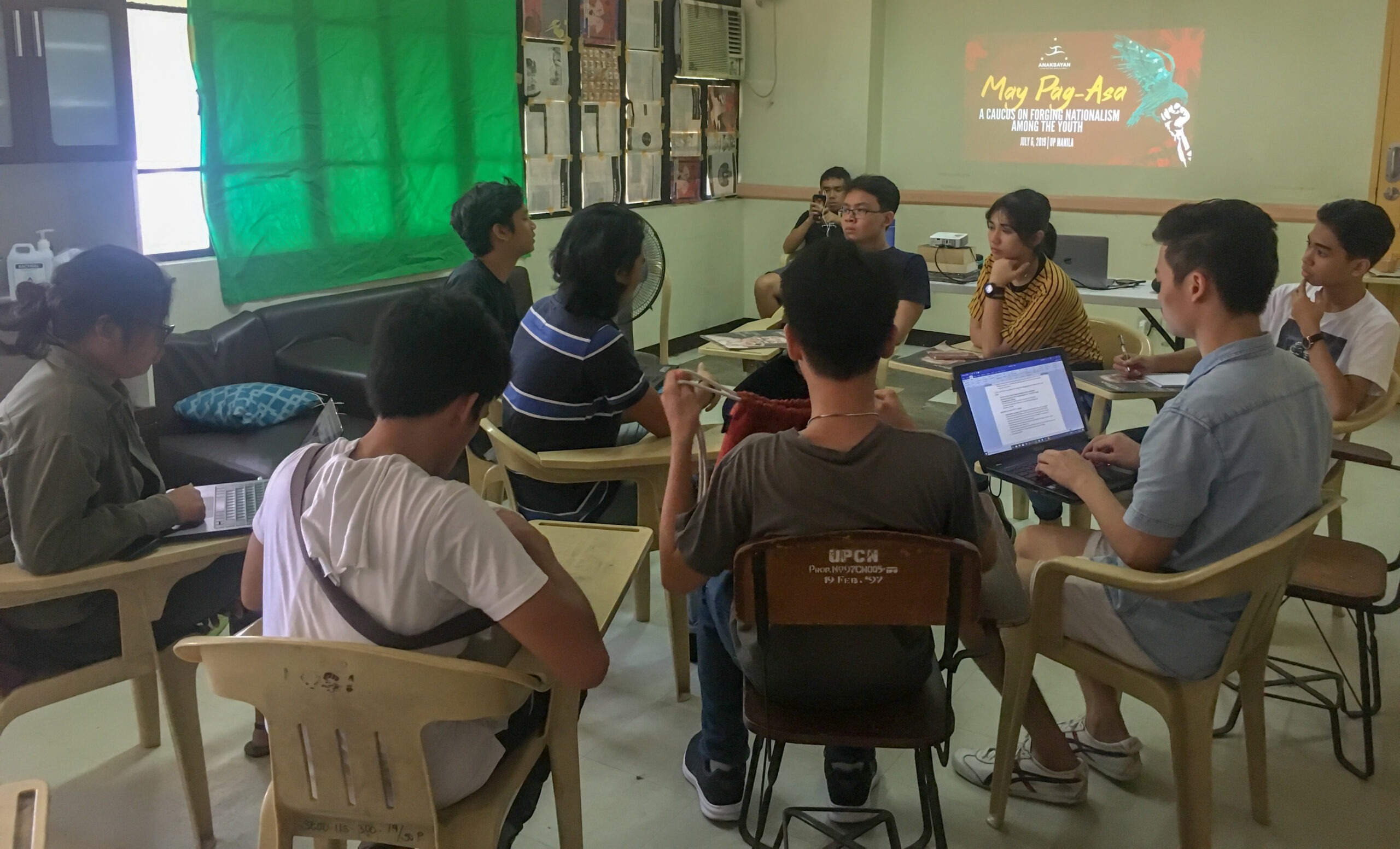 “Our main objective in doing this campaign is to raise awareness to the students involved, and hopefully, even the teachers, staff, school administration, and parents. We aim to enlighten the people regarding the truth behind the ROTC, and why we campaigning to unite the people to stand against its implementation,” says Mark Fernando, the spokesperson of Anakbayan – Metro Manila.

According to the group, May Pag-Asa aims to forge nationalism among the youth, debunking the common ideation regarding the ROTC.

“The Duterte regime is keen to promote the mandatory ROTC among the youth, seemingly to foster patriotism or love of country. Yet for us, this way of showing love for country is superficial. It only encourages fear of authority and blind obedience through its militarist approach. It did not even consult all the students involved if they want to undergo such program. They are keen on railroading it for their own benefit,” Fernando continued.

During May Pag-Asa caucuses and forums, consultations regarding the real essence of nationalism is discussed and introduced through different forms. Cultural performances, short documentaries, followed by a thorough discussion on interpreting nationalism among the youth is taught.

“We find it ironic that the regime believes that it is only through reservist training can we show our extreme love of our country when it is clearly selling our sovereignty to foreign lands. It would rather instill fear through iron discipline instead of teaching the youth to love their country through helping them appreciate our rich history of struggling against foreign colonizers for our liberation. We must realize that the real essence of nationalism lies on struggling for a society free from any foreign intervention and exploitation, rooted through serving its own people.” Fernando ended.