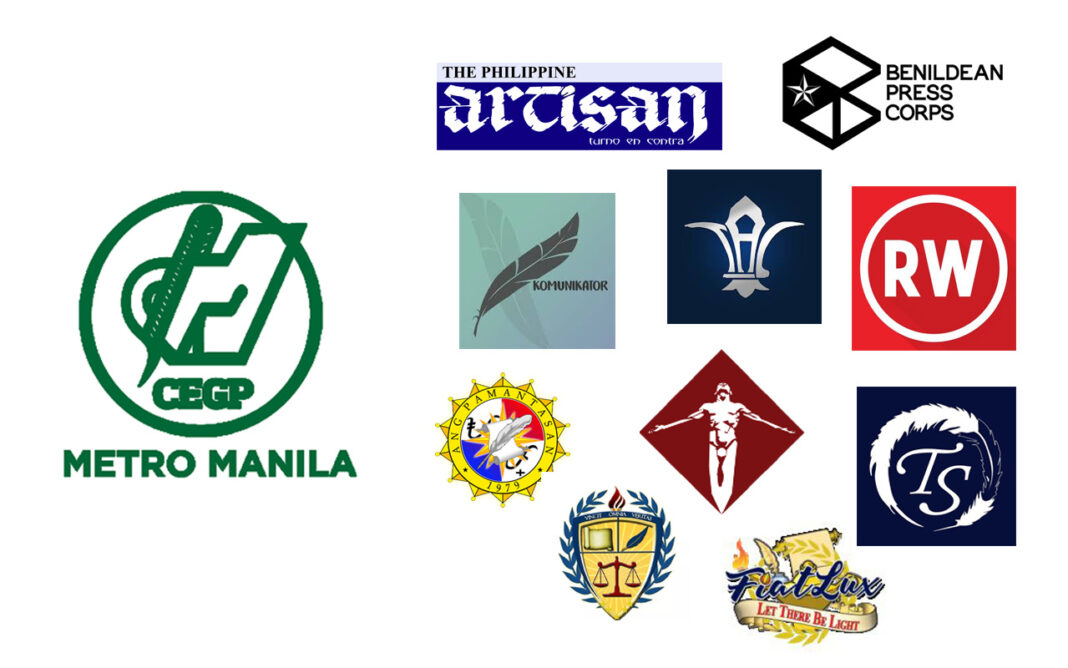 Along with the pool of media workers in the country, campus journalists are not exempt to various struggles amid the COVID-19 pandemic.

It has been over six months since Metro Manila was placed in a lockdown on March 15. Since then, schools in the metro were ordered to close and resulted to student publications exerting more efforts despite restrictions to access their respective newsrooms.

College Editors Guild of the Philippines (CEGP) National Capital Region (NCR) surveyed at least 10 campus publications in Manila as regards their situation in the face of Covid-19 pandemic.

Facebook, Twitter, and Medium were among the websites utilized by student publications prior to their gradual yet temporary shift to digital production of articles. For example, RedWire affirmed that they are more immersed as per being a “digital media organization”.

As a matter of fact, six of the 10 respondent student publications will not produce physical copies of newspapers amid the COVID-19 pandemic.

To these college papers, while the COVID-19 pandemic is yet to be resolved and has deeply affected sectors ranging from education, to transportation, economy, business, even politics— budding journalists have not stopped working and dealt with the strong sense of duty .

As a matter of fact, they have upped their coverage from within and beyond school grounds. They were reporting updates on coronavirus, government’s response to different issues, as well as the students’ pulse in regards to online classes, student repression, and tuition fee increase among. others.

Meanwhile, various struggles were laid out following their shift to the online algorithm.

Connection and accessibility are both discerned to be the topmost plights of the respondent publications. This include not only in terms of internet stability but also the means of communication with the staff and school administration from afar.

Respondent student publications cited the following circumstances they encounter as they continued operation amid the COVID-19 pandemic. Six among 10 respondent publications stated that stability and access to internet connection.

“Some even need to purchase load just to be able to attend. Some also reside in provinces with little to no signal for almost the whole part of the day,” stressed Ang Pamantasan circulation manager Phoebe Stacey Almario.

“Most of the staff remained active in BPC despite the pandemic; however, some of them had difficulties especially with regard to internet connection. Currently, some of the staffers took a Leave of Absence (LOA), hence are not allowed to participate in BPC work.” she said.

Online interactions through the use of Google suites, Facebook messenger, and video conferencing applications are also utilized in the editing process of articles.

“We communicate through a messenger group chat for things we needed to accomplish. We also have a google drive where we upload articles, pubmats, photos or illustrations. This is where the executives and our adviser make edits,” said Komunikator EIC Maureen Basa.

Six among the respondent student publications said that they have at least collected funds for the academic year (AY) 2020-2021. On the other hand, Manila Collegian and Fiat Lux are the publications which have not collected their funds.

RedWire, being an independent student-led online publication, they still can register to be funded on the basis of Authority to Operate (ATO).

“If there’s a face to face class and we can register for our ATO to Student’s Affairs Organization (SAO), then we can probably collect registration fees for our organization,” said RedWire EIC Jeremy Joy Isip.

Meanwhile, Komunikator stated that they have yet to find out how much is allotted to their publication following the collection of funds of CreaCommS (Creative Communicators Society).

“Our publication only uses the funds allotted to us by CreaCommS. Since their officers were just elected, we have yet to find out how much is allotted for us,” Komunikator added.

Of the 10 publications, six affirmed that their current savings are sufficient in order to sustain operation. Furthermore, except RedWire, three publications are encountering financial dilemmas.

With regard to the turning over of editorial posts among the respondent student publications, seven of which have underwent transition or appointing of new editors.

Seven of the 10 respondent student publications have underwent transition or appointing of new editors, according to CEGP Metro Manila survey form.

In addition, Adamson Chronicle, RedWire, Fiat Lux, Manila Collegian, and Scholastican among the respondent publications were not able to conduct editorial examinations for school year 2020-2021.

Scholastican EIC Gabbie Castro reasoned that their publication has slated editorial exams after their recruitment week.

“We have not yet conducted an editorial exam, but it is already scheduled after the recruitment week,” Castro said.

Meanwhile, Adamson Chronicle EIC Nina Pia Boco said that their publication will not conduct editorial exams; rather, Boco along with her auxiliary editors will appoint on the vacant editorial positions.

“Since the situation calls for it, as the Editor in Chief, I together with the editorial board, appointed the people to sit on the vacancies,” Boco asserted.

Unlike the other publications, Adamson Chronicle, Fiat Lux, and Benildean Press Corps are among the respondent student publications which stated that they lacked the number of staffers and correspondents.

Meanwhile, eight student publications said that they will open recruitment and for applicants and contributors through digital platforms.

In line with this, according to the respondent publications, planning for educational discussions and workshops for the staff and applicants are still under negotiation.

On the other hand, it should be emphasized that these figures do not necessarily tell the whole story as the number of campus papers continue to face various struggles albeit the situation of pandemic.