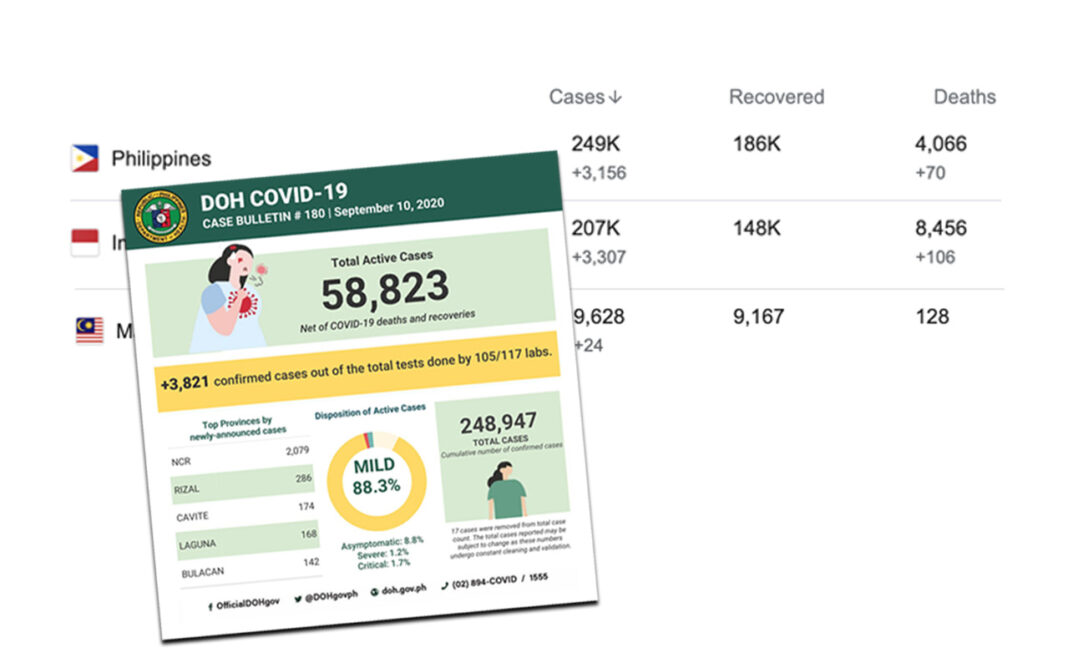 On September 10, the Department of Health (DOH) reported 80 deaths, bringing the total of confirmed COVID-19 deaths to 4,066.

The Health agency also reported 3,821 new cases from 105 of 117 labs. This is the highest reported in a day this month of September.

The National Capital Region topped the areas with newly-announced cases, with 2,079. COVID-19 deaths in NCR numbered to 1,988.

Worldwide, COVID-19 deaths reached 904,000. In the Southeast Asian region, Indonesia tops the number of deaths with 8,456, followed by the Philippines and then Malaysia with 128.

In many parts of the world, cases of COVID-19 are declining, while other countries are seeing and controlling new spikes of cases from reopening of communities while a cure, therapy or vaccine is still not available. Health experts from other countries such as in John Hopkins University said in mid-August that the US, for one, is still in the first wave of the novel coronavirus spread.