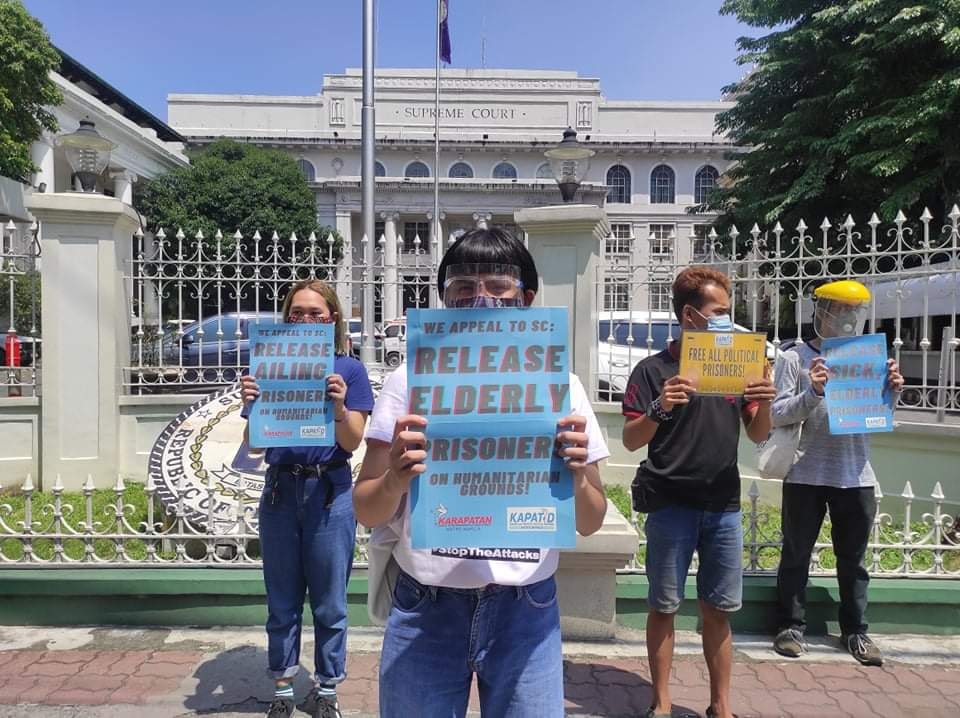 After five months of waiting, the petition of 22 political prisoners has been decided by the Supreme Court (SC). And they may again have yet to wait.

The High Court referred the petition seeking to release political prisoners vulnerable—sick, elderly and to a then-pregnant but now has given birth prisoner—to COVID-19 in the overcongested jails in the country to trial courts where the criminal cases of petitioners remain pending.

The SC treated the petition as an application for bail or recognizance “as well as petitioners’ motions for other confinement arrangements.” The High Court said that the offenses charged against the petitioners are punishable by reclusion perpetua, hence, bail cannot be availed of as a matter of right. Trial courts would have to determine that evidence is not strong to allow their release—possibly bringing them back to the procedures of their current cases which human rights groups claimed to be “trumped up” charges.

Trial courts were directed to conduct the necessary proceedings and resolve the incidents immediately.

One of the political prisoners, Reina Mae Nasino, 23, gave birth on July 1 and was returned to jail the day after with her baby. Her baby was separated from her after a month and was given to Nasino’s mother.

The political prisoners filed the petition on April 8. Chief Justice Diosdado Peralta gave word that it would be decided on June 16. Also in June, Peralta explained that the delay in resolving the petition was due the situation of a justice in charge of the case stuck in Visayas due to the lockdown.

The SC press release said the decision was rendered on July 28, but the information was announced only today, over a month and a half later.

Political prisoners group KAPATID went to the SC once again on September 8 and Karapatan Metro Manila on September 7 to remind the SC of their petition and decry the swift release accorded to US Marine Lance Cpl. Joseph Scott Pemberton who was proven guilty of killing transgender woman Jennifer Laude while prisoners languish in jail for their beliefs and advocacies.

“How on earth can a foreigner convicted of homicide and who is serving his sentence outside a national penitentiary obtain swift release?” scored Fides Lim, spokesperson of Kapatid.