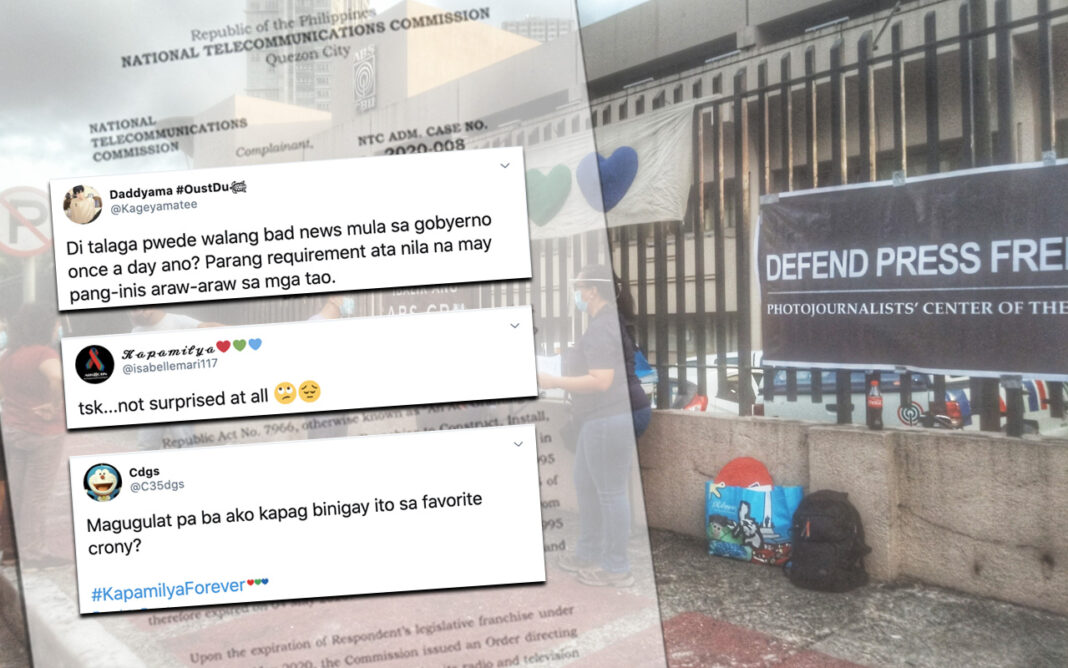 Ruled as “warranted”, the National Telecommunications Commission (NTC) mandated to recall all frequencies and channels assigned to the media giant ABS-CBN on the basis of the lack of congressional franchise.

In accordance to NTC’s decision on September 9 which was then released the following day, the denial of ABS-CBN’s franchise renewal in Congress alongside their plea being dismissed in Supreme Court already concluded that the network “had already lost the privilege of installing, operating, and maintaining radio broadcasting stations in the country”.

Netizens, on the other hand, were saddened and infuriated over NTC’s decision to revoke ABS-CBN franchise.

All provisional authorities and certificates of public convenience granted to ABS-CBN have also been “revoked/cancelled” as per NTC.