Anakbayan, since its formation in 1998, shares a colorful history as one of the effective mobilizers of the youth especially in the ouster of former Philippine president Joseph Estrada in 2001.

Its reputation is grounded on its history of the youth taking part of social change and its unwavering principle of continuing the national democratic revolution with a socialist perspective.

The group would claim its vast membership within the country and even outside the country, proving that its popularity among the youth is unfaltering, especially since the issues the militant youth group is forwarding is inclusive enough to encompass the crises faced by their fellow youth around the world.

And so in its almost 21 years of existence, the youth group is no stranger to detractors and criticism over its brand of activism.

This criticism seemed to amplify especially at the time of President Duterte’s administration, wherein propaganda equating membership to Anakbayan is akin to recruitment to the armed movement, runs severely following the fallout of peace talks. Claims of brainwashing and red-tagging would later on plague the controversial group, in attempts of the government to dissuade the youth to join the ever-critical youth mass organization.

“Red-tagging is a desperate attempt of the government to silence its critics. The State cannot contain the discontent of the people over its anti-people policies, so it targets those who are critical,” said Mark Fernando, the Chairperson of Anakbayan Metro Manila.

When asked how the group counters these allegations, Fernando said that Anakbayan is not just an organization that is focused on conducting protest rallies.

Organizing and taking part in protest actions is part and parcel of the package in forwarding societal change, but rallies are usually the peak of campaigns, he explained. Most of their days are spent in organizing discussions and study groups aimed to analyze the situations in Philippine society and encouraging the youth in taking a more proactive role in shaping the society.

On special occasions such as their Regional Congress, Anakbayan Metro Manila also produced a cultural showcase that portrays the state of the Philippine society and the youth’s role in social change. Such is the rationale behind Anakbayan Metro Manila’s Panata Sa Bayan, a showcase of nationalist songs and poetry held on August 23, 2019, 123 years after the symbolic Cry of Pugadlawin of the Philippine Revolution.

“Panata Sa Bayan is a cultural performance presented through short skits and songs which aims to present the narrative of how the ills in our society debilitates majority of the Filipino people. It also aims to show how the youth could be a part of social change,” Fernando said. 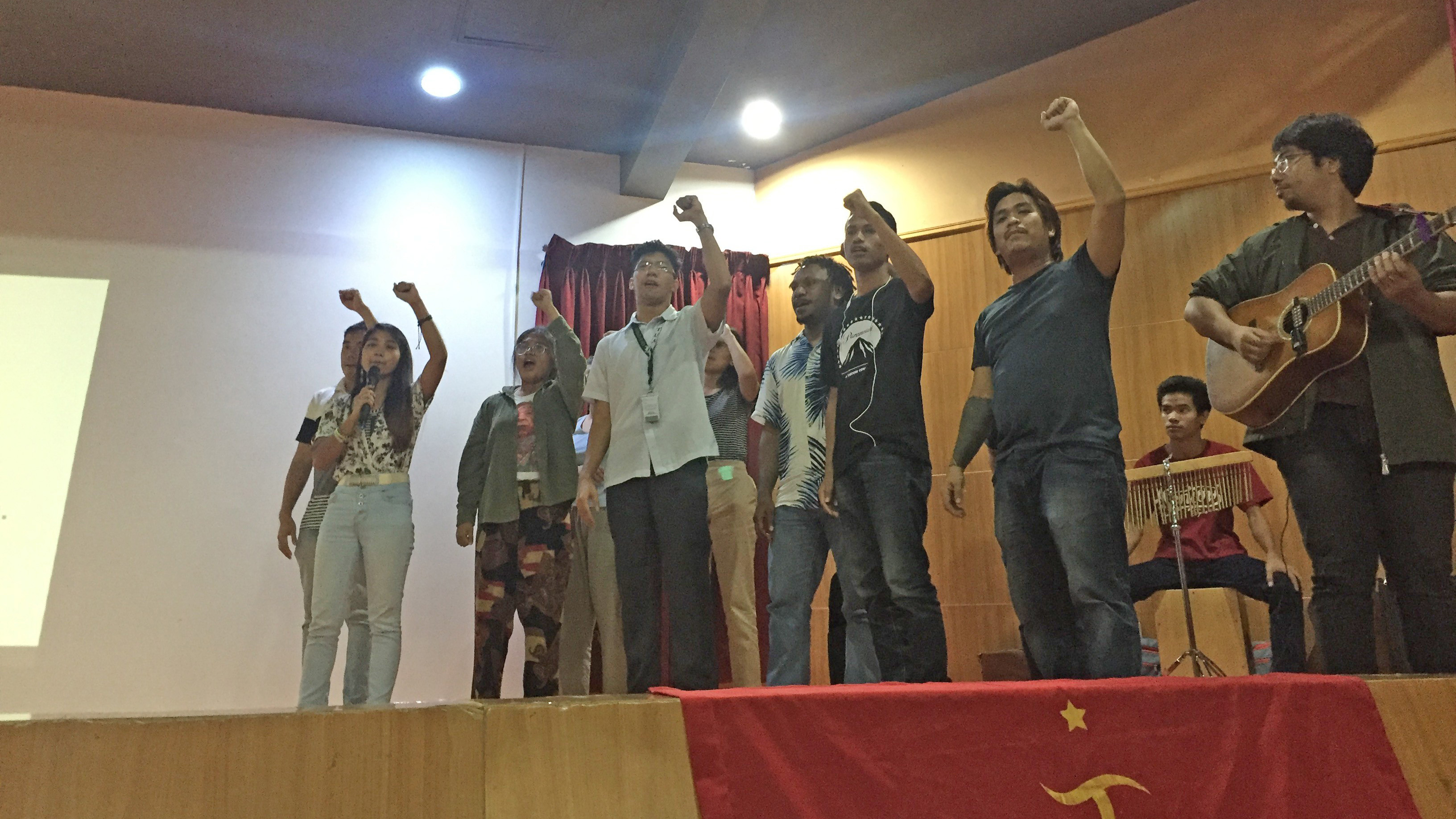 For the group, presenting the issues of society through creative forms is a welcome change to what the general public is accustomed.

“We want to show to the people that we are not in any way brainwashers or rebels. We are just exercising our rights to self-expression and organization to let the people know of the issues that need to be addressed by the current regime. Landlessness, lack of job security and opportunities, lack of affordable housing, killings, criminality, high rates of school dropouts—these are all legitimate problems of the Filipino people,” Fernando expressed.

Panata Sa Bayan tells of a story of a youth becoming more aware of the problems of the Philippine society and his transformation from an entitled, apathetic person to one who would later involve himself in the struggle with the people. The group said that the story is reminiscent of how the members become organized.

In musing, Fernando said that even without Anakbayan, the youth and the people would organize themselves in the face of oppression and injustice. But Anakbayan was established so we can speedily unite and struggle for our just demands before we come close to the point of perishing from hunger or suffering.

For the group, Panata Sa Bayan is not just a cultural production to reminisce how the youth become activists. It shows the group’s commitment to fulfill its mandate and responsibility to impact societal change.

“We see Panata Sa Bayan as an oath not just to our organization, but to our country and to the Filipino people as well. We produced this cultural show not to raise some entertainment value, but to raise awareness of what must be done for the fulfillment of our collective aspirations as a nation. This serves as a product of our commitment to our principles of striving for a society that is just and peaceful.” Fernando ended.