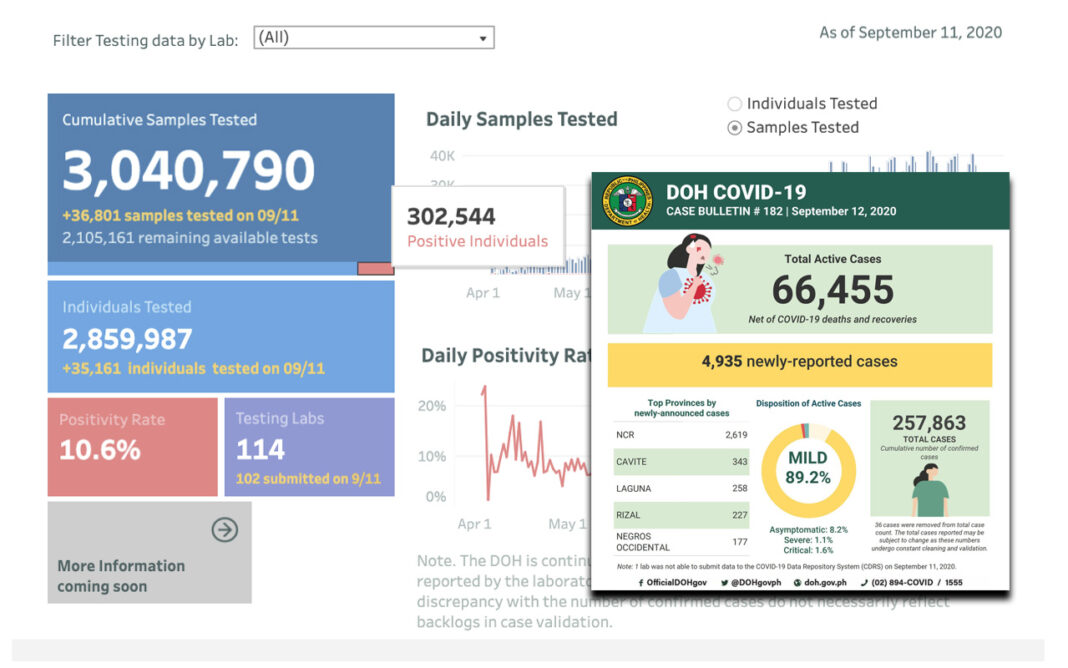 Of the newly-reported cases, 65% of them come from the National Capital Region (NCR) at 2,619 (cases from March to September 12 but confirmed on September 12).

After statements from various experts, monitoring groups and government that the curve is flattening or has flattened, confirmed COVID-19 cases per day have since been increasing.   Cases per day have remained in the thousands since July, and rose to 3,000+ since July.

“Actually na-flatten na siya… It’s about 0.94 when we last checked it [reproduction number of cases] using the latest data from mga 0.99 last week. So nagde-decrease pa siya, and that is very good news. Ibig sabihin na su-sustain natin yung flattening of the curve,” Dr. Guido David of the UP OCTA Research Team said over CNN Philippines’ “Newsroom Ngayon” on September 6.

David also noted that the country is averaging 4,000 cases a day in mid to late August, but now averaging 3,000, but also advised that there should be no complacency following this development.

The following day, President Rodrigo Duterte announced in his weekly public address on the COVID-19 situation in the country that the curve has flattened, crediting lockdowns and obedience from the public.

“The coronavirus curve flattened, meaning to say there are now [fewer] people with the disease called COVID-19,” said Duterte in his televised speech on September 7.

DOH Usec. Maria Rosario Vergeire said on September 9, “We may have an irregularly high number of cases in the coming days as cases from these labs get reported.”