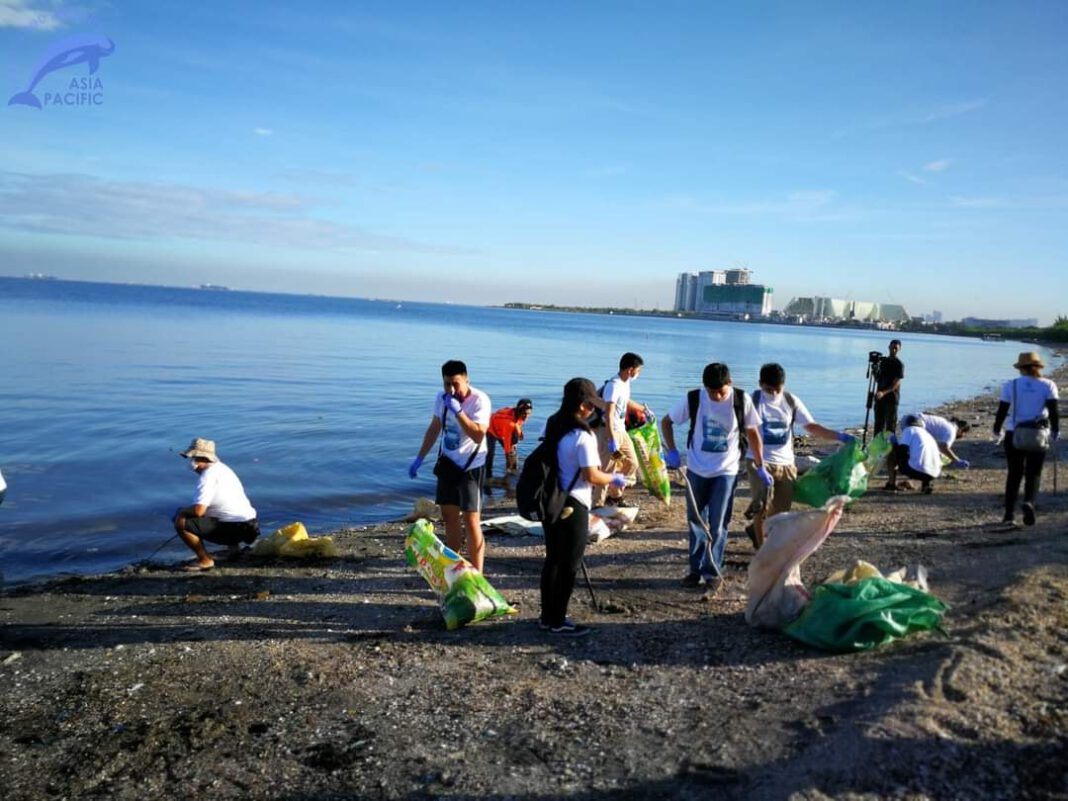 Nilad Metro Manila Environmental Network Spokesperson Kevin Paul Aguayon objected with Metro Manila Development Authority (MMDA) spokesperson Celine Pialago’s comment that people only started caring about the Manila Bay cleanliness and health when the white sand was being dumped, all the while ignoring that trash in the bay, which she said is more hazardous than the white sand.

“We don’t just complain, we have also been doing something,” said Aguayon.

On September 11, the group held a clean-up along Manila Bay after joining a protest against the white sand dumping in Manila Bay with Pamalakaya.

Nilad has been organizing coastal cleanups in Manila Bay and mangrove reserves in Metro Manila, while also objecting to plans for Manila Bay reclamation.

Aguayon said there are more pressing concerns to address in the rehabilitation of Manila Bay, while the white sand dumping may only cause additional problems. Manila Bay is also not only of Manila, but stretches from Cavite, Parañaque, Las Piñas, Manila, Navotas to Bataan.

Nilad would launch a volunteer-driven, community-based coastal monitoring initiative was launched with Earth Island Institute Philippines to check the status of garbage pollution in the Manila Bay areas of Metro Manila from September 12 to 19.

The group called on the government to instead undertake mangrove planting on the shores of Manila Bay, engage communities in the coastal areas on how they can help clean up Manila bay and to stop the reclamation around Manila Bay to protect and preserve its biodiversity.

“We want true rehabilitation of Manila Bay, not band-aid solutions or additional trash to be dumped on Manila Bay,” said Aguayon.

[When Manila Bay was dirty, why was it that no one cared? Even if we know that the garbage is more hazardous to health? Now that rehabilitation is undergoing, everyone wants to meddle? Wow, just wow!]

Pialago continued with her office’s role in Manila Bay clean up.

[I’m just giving my comment because MMDA is one of the agencies who does the cleaning there of the garbage left there by some untidy Filipinos and abusive establishments.]

She said the MMDA haul at least 30-45 trucks of garbage from the area when rehabilitation of Manila Bay had not yet started, but did not mention the duration or frequency of garbage hauling.

[The budget was approved in 2019 so don’t insist the project is being implemented at the same time of the pandemic.]

Some netizens applauded Pialago for speaking her mind, while others disagreed because of the ‘misprioritization’ or that clean up can be done without white sand dumping. Others also took offense with Pialago’s use of “balahura,” saying the/this “balahura Pinoy” paid for her salary.