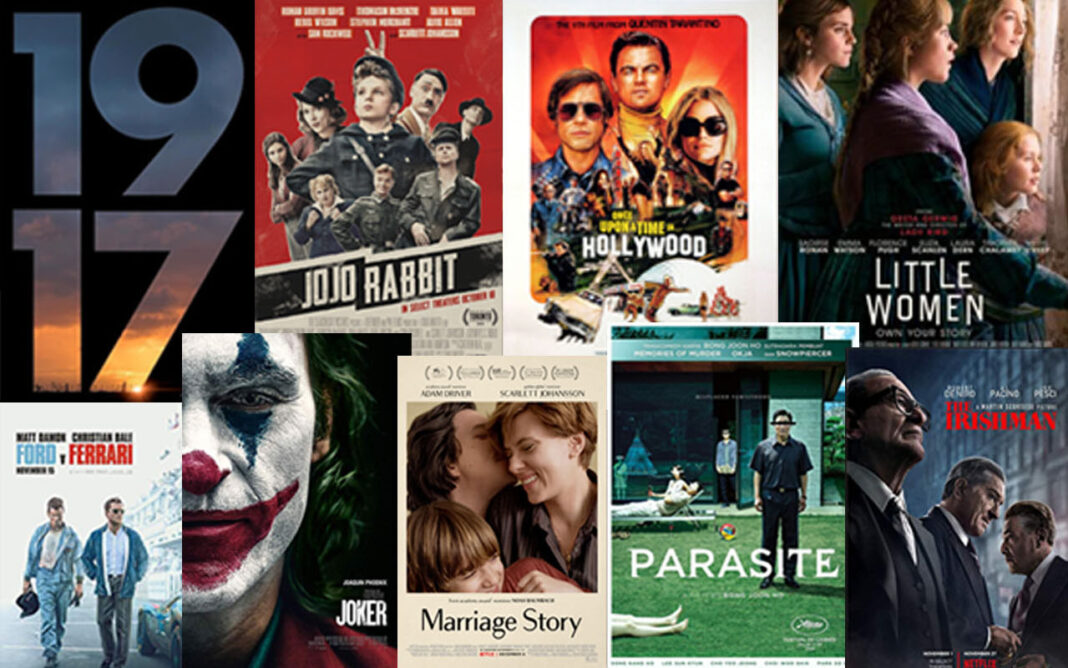 As the awards season in the West closes with the Academy Awards or more popularly known as the Oscars on February 9, the #OscarsSoWhite and #OscarsSoMale hashtags hound again the most prestigious film awards of them all for lack of diversity in race and gender in the nominees.

The Best Picture frontrunner this year is 1917 directed by Sam Mendes, after winning the Golden Globes for drama, BAFTA and Producers Guild of America Award.

Parasite directed by Bong Joon-ho is thrusted to the top of the conversation, after missing Best Picture nominations in earlier awards shows and being the first South Korean film to be nominated for Best Picture, Best International Feature Film and Best Director in the Academy Awards. It is also the first Korean film to win the Palme d’Or at the Cannes Film Festival.

The year 2019 is a treat as it gave the world films from two auteurs, yet only one has reaped awards for Best Picture. Once Upon A Time in Hollywood is the 9th film (and he said he will only make 10) directed by Quentin Tarantino and it won in Golden Globes for comedy and Critics’ Choice. Martin Scorsese’s The Irishman, hinting it could be his swansong, is his longest at 209 minutes and the most expensive to produce (with a budget of US$159 million) among his 25 films and has not claimed a Best Picture prize.

The set of nominees were hailed for being films that people were able to watch – some of them breaking box office records (Joker is the first R-rated film to gross more than US$ 1 billion against a US$ 70 million budget). The reception for the films are varied–some are universally-acclaimed, some got mixed reviews from critics and some got mixed reception–fans loved them, but critics nixed them or high audience score and low critics score at Rotten Tomatoes.

Here are short reviews on the films nominated for Best Picture in the Oscars 2020.

(Click on the photo for the review. Check back and refresh for updates!)

Martial Law Noon at Ngayon: Dissecting the Marcos and Duterte regimes, a webinar

Who are the at-risk political prisoners seeking humanitarian release?