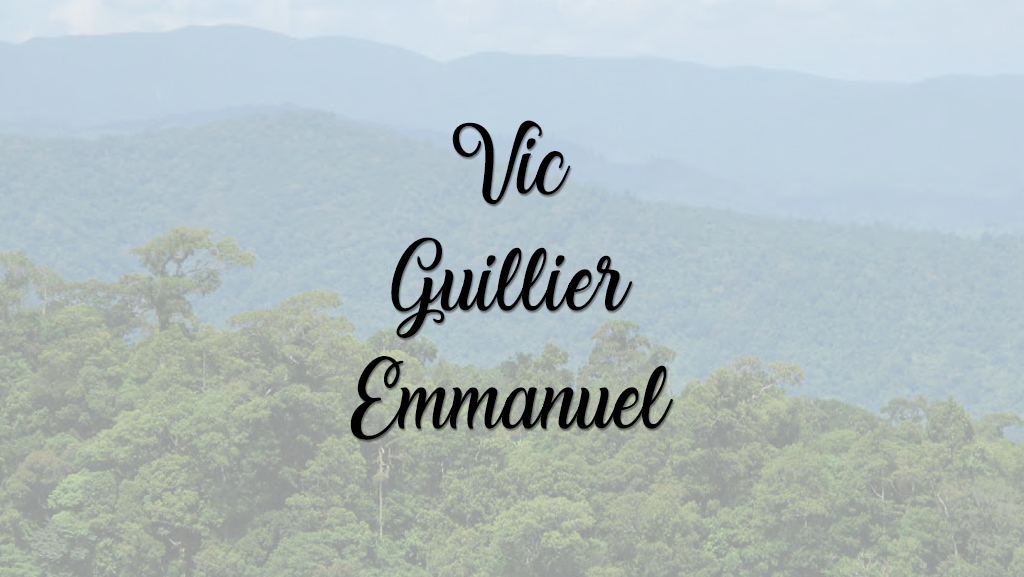 I first heard their names as Guillier, Vic, and Emmanuel.

September last year, these names dominated the news media in an instant. The news flash on a blurry television screen told a sad, horrible story: how they were mercilessly killed, with six others, by soldiers in a clash in Carranglan, Nueva Ecija.

Guillier, Vic, and Emmanuel—these names are those by which they were known from birth, names now known for those who genuinely served the landless farmers in the land called the ‘rice bowl of the Philippines,’ Nueva Ecija. In the revolution, they baptized themselves with new names; they were red fighters, member of New People’s Army.

Just like other brave youth of this generation, Guillier, Vic, and Emmanuel chose to tread the road less traveled. They joined the national democratic movement of the Filipino people, and later on embraced the cause of national liberation to the fullest.

They were young. And they could have chosen a different path, one that would leave them unscathed or bring them to a high pedestal in the status quo. There was an easy future ahead if they only chose the easy path.

But their minds were not as juvenile as their age. They showed what maturity means to them: selflessness and resolve for the cause of building a better, just society.

The brevity of their names – bluntly labeled by many as rebels, extremist, or terrorist – screams more about the vastness of their good deeds and heroism. They are, rightfully, the young martyrs of Central Luzon.

I remember it was one fine evening of November 2012 when I met him during the cultural night for Hacienda Luisita massacre commemoration.

Sitting around the corner was a chubby man wearing eyeglasses, a faded t-shirt and shabby shorts and an almost-dilapidated pairs of slippers, which I would come to know was his normal get up every day. You cannot really tell that he was a UP student or one to have received Latin honors by a first impression.

By then, I was just a novice school paper writer covering the event. I heard him speak, but I was not really impressed by him. I thought he sounded monotonous and aloof. But after a few minutes, he smiled and approached me kindly.

After a couple of days, he shared beautiful stories about his life and how he loved Psychology. Weeks had passed and he gave me educational discussions. Then came another year, and by then, we already shared the same principles and ideologies.

I vividly remember his face wearing a bright smile. That was a time when he won in a Pizza Eating contest. We laughed our heart out and we keenly cheered on him that night. He really loved food and food made him very happy.

We also used to tease him often. He knows that the clothes he wore stank, and he could not fathom the reason until we taught him how to wash clothes properly.

“Kuya Guilli,” as everyone called him, was a very spirited youth and community organizer in the busy metropolises of Pampanga.

In the urban poor communities, families adored him dearly. He was an emblem of humility and exemplified simplicity.

One day, in a house where he stayed, tuyo (dried fish) was the only viand. The family hadno money. Guilli was also penniless. But he had fried chicken in his bag and he gave it to the family’s children instead of eating it all by himself.

Sometimes, he seems not to know what shyness is. In the wet market, while he was walking, his slippers suddenly broke. Instead of buying one, he just said its okay for him to walk barefoot. And he really did.

Guilli also went to peasant communities. And I think his stint as a peasant organizer furthered his growth as an activist. He became more serious and determined, until it made him leave the comforts of his life in the city and went to the mountains of Sierra Madre.

In the city, he was called Guilli, known as a Psychology graduate, student-leader, frat man, chess player, a loving boyfriend, and a choir member in a Catholic church.

In the countryside, his name was Ka Christian, a red fighter, a poet, and regarded by the peasants as “Principal” because he manages the literacy and numeracy classes for the uneducated farmers.

And simply, to his loving parents, he was Guiller Martin S. Cadano, their only son, a generous child who always gave a penny whenever he sees beggars. He was a young martyr who offered his life for the revolution.

I first met him in a community in Angeles City. He was holding a cold bottle of alcohol, on his other hand, was a cigarette.

He actually looked like a gangster in a Filipino movie. He was the so-called leader in their place, known in the community who led the youth united by any kinds of nicotine and alcohol.

We became classmates in educational discussions conducted in their community. Eventually, I realized he was very kind and thoughtful. He would respond to your questions with a smile on his face, but not showing his teeth as he was missing one front teeth then.

He used to live and do hard work in the many places of Pampanga and Manila. Jonas was once a fish vendor, a cook, and a construction worker. He had two little kids to support.

Jonas used to be one of the ‘thugs’ in the community. One could never imagine how he changed so much after he discovered the revolution in the country.

From being a bane to the family, everybody witnessed, especially his sisters, how he turned to be a hero of the oppressed.

In the urban poor communities, one mother told me a story of a day when they had nothing when one of their kids got sick. The kid badly needed to take some medicine. When Jonas found out, he immediately went to the jeepney terminals where he organized drivers under Piston. He requested for “patak-patak” (small contributions) and he went back to the family with a plastic bag full of medicine and food.

He was a father and a brother for many. That was why he was overwhelmingly loved by almost everyone who knew him. He actually seemed like a celebrity, as others really looked up to him. In every community where he used to stay, people would always recall numerous moments with him, telling vivid stories of how they really treasured someone who taught them how to fight for their rights.

I also remembered Jonas as one of the best people to crack jokes with award-winning punch lines. He was a stress reliever amidst insurmountable pressures. And he has the longest thread of patience.

It was a very long time when I last saw him. There were only his handwritten letters that he regularly sent us that filled us with his presence, signed by Ka Lean, a medic in the people’s army, his moniker.

He once told me that he dreamt of a better society for his children. And sure enough, he contributed hugely to make his dreams come true.

When I heard his name, he was in front of a crowd, his face revealed shyness. Robin was about to deliver a speech. And he did very well.

He was really a good-looking lad. But more than appearance, he was earnest, humble, a very young Kapampangan artist who speaks well of bravery and altruism.

I saw him in various activities. But he never approached me first and despite giving speeches, he was not very outspoken. But later, I found out that he told others that he knew me and that he admired me for being “workaholic” during one of our gatherings.

One day, he sent us a handwritten letter. I will never forget that one piece of paper where he warmly narrated his experience as a red fighter. I read the honesty of every word written. But too bad, I would no longer be able to send a reply.

At a very young age, Emmanuel used to be the father and brother to his little siblings. He was a “sakada” (skilled laborer) in the outskirts of Tarlac, toiling so hard to make his family’s ends meet.

He grew up in Brgy. Sta. Rita, Capas, Tarlac, where 48 years ago the New People’s Army was established. In his home province, he grew up witnessing how the toiling masses were killed, harassed, and incarcerated only because they struggle for their rights.

Recently, I saw videos of him directing a cultural performance. He was a very talented man. He wrote revolutionary songs and he sang very well. And the whole world should see how good and great he was, just like how the peasants saw them.

Robin. He was the namesake of a young superhero. And in the real world, he was.

The revolution to which the youth offered their lives is a revolution built from the wealthy theory and practice drawn by the blood of the heroes before them.

Instead of recalling the pictures of their cadavers, let me tell you the stories of how good they lived. There was so much more to tell the world about Guillier, Vic, and Emmanuel.

Guillier, Vic, and Emmanuel – selfless youth who offered their time, strength, and intellect to serve the landless and oppressed. In the countryside, their names are forever etched in the mountains as the young martyrs: Ka Christian, Ka Jonas/Lean, and Ka Robin/Abe.

They did not choose to adorn their names with tiles or engrave them upon some desk, door or plaque, that would speak volumes of their academic or professional stature. Instead, they chose to change the world (and their world) and be enshrined upon the hearts of those who continue to believe and work for genuine social change.

I first heard their names as Guillier, Vic, and Emmanuel, names I will forever honor.